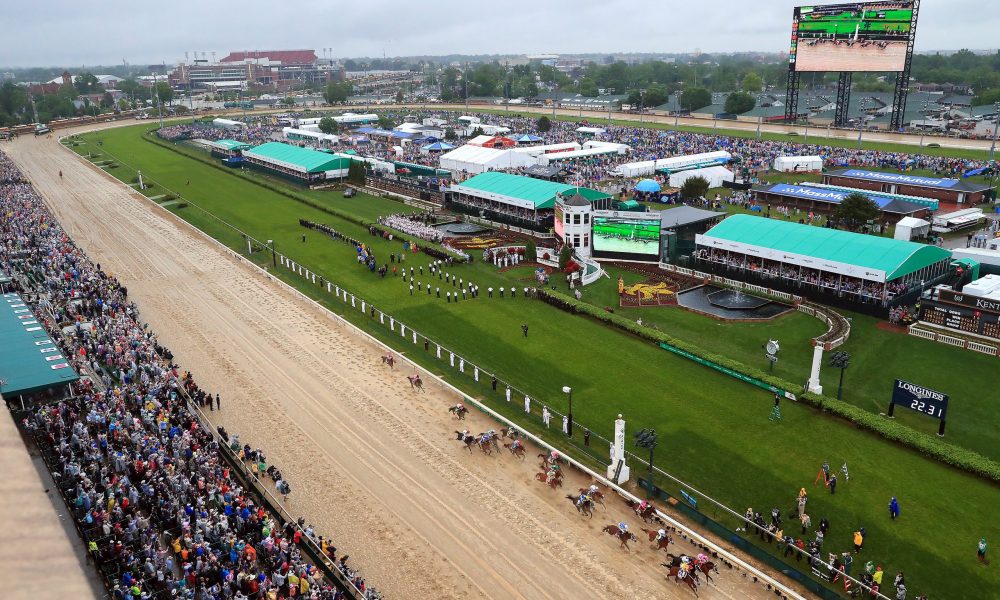 Australia’s major role in the 2020 Kentucky Derby will be delayed with the news confirmed overnight that America’s greatest race will be postponed, from May 2 until the first Saturday in September, due to the coronavirus pandemic.

However the process of assembly, installation and testing of the new Derby starting gates is likely to be soon underway with Australian manufacturer Steriline expecting the arrival this week – via sea – of the 20 bank stalls which will be used exclusively for the Run To The Roses.

It’s not breaking news that the South Australian company secured the commission after being approached by Churchill Downs Incorporated mid-way through last year. It’s been widely reported in the United States, but had little publicity here and it’s one hell of a story which is worth a little further exploration.

In part, it’s a great story of an Australian company, whose product is Australian owned, designed and manufactured, conquering the world – plus there’s a tiny element of Victor Kiam and the Remington shaver. “I liked it so much, I bought the company,” was Kiam’s catchphrase.

The circumstances were not exactly the same but Steriline’s managing director John Fargher, who joined the company in 1994 and then acquired it in 2006, says the Kentucky Derby contract is a highlight of Steriline’s many business successes which boast the export of racing equipment to more than 50 countries and supply to major organisations including the Hong Kong Jockey Club, Victoria Racing Club, Australian Turf Club, Meydan, Royal Ascot and Riyadh (home of the recent and inaugural $US20 million Saudi Cup).

“It’s absolutely huge. We aspire to be the world leader in starting gates so you want to be starting the very best races. We’ve started every Dubai World Cup, we start the Melbourne Cup plus all the major races in Sydney and Brisbane along with Royal Ascot, Newmarket and Hong Kong,” Fargher told ANZ Bloodstock News.

The Kentucky Derby gates, weighing between ten and eleven tonnes according to Fargher, were flat packed and despatched in shipping containers to the West Coast of America. “We pack them carefully and insist they stay in the containers until they get on site. We send one of our team to supervise the assembly and installation and, longer term, provide the service and maintenance and repair if required. There’ll be a lot of trialling and training before the Derby,” Fargher said.

The process began last year with Churchill Downs inquiring as to who made the 24–horse gates for the Melbourne Cup. “They found out it was Steriline and contacted us and asked if they could have a look at our operation. I suggested they come to Melbourne or Sydney but they said ‘hey that’s a long way to go.’

“We have a 22-stall Steriline gate at York in the UK and it just so happened that the Ebor meeting was coming up so they sent three of their people to York and we met up there. It was really the obvious place to demonstrate the dependability and reliability of our product,” said Fargher, whose pitch also noted that every starting gate in the UK has been manufactured by Steriline.

“They looked at the style of gates which would meet their requirements for the Kentucky Derby. They wanted one bank of stalls to move away from the two sets of gates, which has been used until now, for the race and caused some problems.

“The slight concern for me was during that inspection at York, they said there were a few things they wanted to change. We were a bit apprehensive about that, so I said I would come to Churchill (Downs). I spent a few days climbing all over their gates, watching races and trials and we were able to reach a compromise.

“While their dimensions are slightly different, we’ve got gates in 52 countries and we see plenty of American horses race in Dubai and other places without any problem,” Fargher said of the gates which were about ten weeks in construction.

Fargher said the Churchill Downs commission might be significant in expanding Steriline’s presence in North and South America.

“There’s about four or five companies doing similar work and Steriline can’t depend on local markets alone. We need international markets to sustain and expand the business and to stay relevant and increase our knowledge base. We need to understand the direction the industry is heading; we need to know about it if there is a change of direction and we’re fortunate that some customers including the Hong Kong Jockey Club have been generous in assisting us with research and development.

“There is increased pressure from an Occupational, Health and Safety perspective that we have to do all we can to ensure the safety people working at the gates and pressure from animal welfare groups to make them as safe as possible for the horses. We’re constantly working on these things with safety, ease of operation and reliability always priorities.

“There’s been a few game changers in my view. Opening out the back of gates, so it’s not a regimented rectangle, has given the horses more freedom and loading is safer and faster and there’s less scratchings at the barriers. The high–density padding for human and horse protection has reduced the noise and that’s meant horses get less flighty. Reducing the noise has been significant,” said Fargher who added that industry consensus now was that “open top” gates were unsafe.

The Steriline gate, for the Kentucky Derby, replaces Churchill Downs’ standard 14-horse gate and the attached six-stall auxiliary gate and will eliminate the gap between barrier 14 in the main gate and barrier 15 in the secondary bank.

Celebrated dual Derby winning jockey Mike Smith, at the time of the announcement, said: “I think it’s a great thing for the Derby. You were at a bit of a disadvantage when you drew either the one or the two or even far, far out because of the big gap in between. It would push the 20 horse basically up against the fence and the one horse had to kind of come around the (inside) fence.”

The Kentucky Derby, which has an estimated $400 million economic impact for the Louisville area, was postponed once previously – in 1945 when held in June – after the U.S. government temporarily suspended racing nationwide for much of the first half of that year.