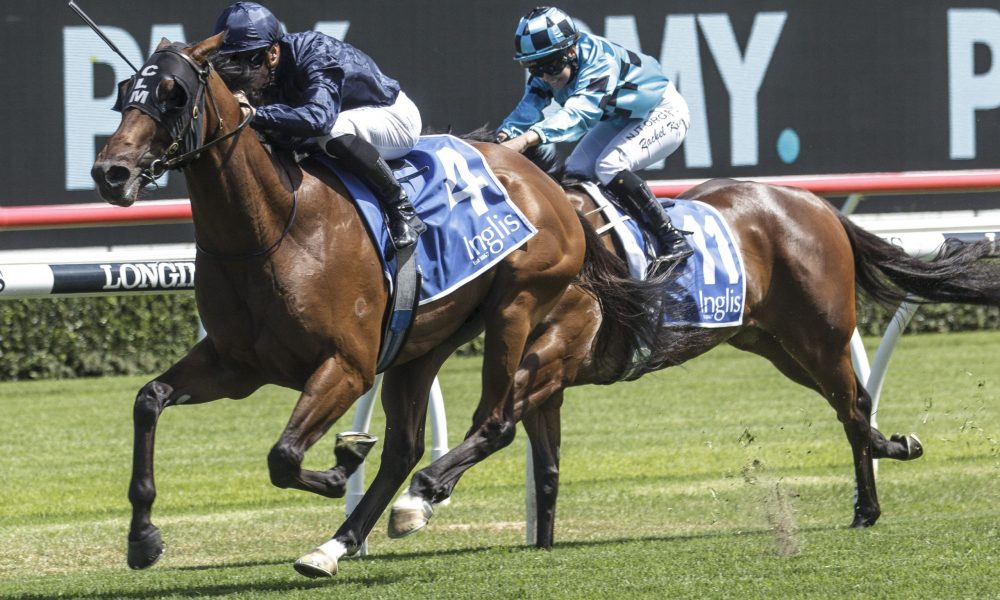 Acrobat (Fastnet Rock), a one-time Golden Slipper Stakes (Gr 1, 1200m) favourite and this season’s forgotten juvenile, will be given the chance to make up for lost time as a three-year-old after winning a remarkable life-and-death battle with illness.

In what seemed like a fairly innocuous incident in February, on the eve of the Inglis Millennium (RL, 1200m) raceday at Randwick, Acrobat suffered a cut to his left hock while on the walker at trainers Ciaron Maher and David Eustace’s Warwick Farm stables.

Initially, the injury was not thought to be serious and plans were still being made for the Inglis Nursery (RL, 1000m) winner to be aimed at the Sydney series of rich feature juvenile races, the Slipper being the number one target.

But, as Acrobat’s breeder and co-owner James Bester explained this week, things went from bad to worse for the colt as veterinarians struggled to get on top of a subsequent infection in his hock.

“The cut itself was not an issue, but he developed an infection there that proved very resistant to antibiotics and at one stage he was in a fair bit of trouble,” Bester said.

“Thankfully, they found an antibiotic, about the fourth one they tried, that knocked out the bug.

“The process was uneventful from there on in, but he’d spent a lot of time in hospital immobile, so we sent him to Emeran Park for rehabilitation on a treadmill there.

“He did a couple of months walking and trotting on the treadmill and then he was put under saddle.

“Again, he started with trotting and he is now cantering under saddle and he has completed his rehab.

“He is 100 per cent sound, in great physical and mental shape and he travels on Thursday.”

The Coolmore-raced Acrobat, a son of top-class producing mare Hips Don’t Lie (Stravinsky), will be sent to Maher and Eustace’s Melbourne stables today to begin what is hoped will be a Group 1-winning spring campaign.

Bester and Coolmore Australia’s racing manager Rob Archibald were on hand at Emeran Park yesterday to see Acrobat’s final piece of work before heading south for “his ultimate goal of the Coolmore”.

“He was hospitalised and bandaged while they were treating the infection for some time and that put paid to all Golden Slipper or Queensland carnival aspirations, so the long-term goal was set and he is absolutely on track for that now,” Bester said.

“Ciaron will take him along, but all things going well, he will be set for a couple of trials during September and then in early October starting off probably down the straight at Flemington. There’s an 1100-metre Listed race (the Poseidon Stakes).”

Bester has no doubt that Acrobat, who has only been seen once in public via his two-and-a-quarter-length victory in the $500,000 Inglis Nursery at Randwick on December 12, has the credentials to win a Coolmore, the same race another son of Fastnet Rock (Danehill), Merchant Navy, won in 2017.

That belief is backed up by the statistics, which show the progeny of champion sire Fastnet Rock who are able to race well prior to Christmas in their two-year-old season generally develop into elite performers on the track.

“Those that have done that had a very high strike-rate of continuing on to becoming very good horses,” he said.

“We’re obviously very hopeful because with … the obvious speed that he showed in the Inglis Nursery, his precocity to race before Christmas, combined with his looks make him a very exciting potential stallion.

“We’re very hopeful that he returns to his best and lines up in the Coolmore.”

Acrobat, a brother to stakes winners Lake Geneva and Ennis HIll, is the seventh foal out of HIps Don’t Lie, the 2008 Reisling Stakes (Gr 2, 1200m) winner.

Her eighth foal, a daughter of I Am Invincible (Invincible Spirit), brought $1.95 million at this year’s Inglis Australian Easter Yearling Sale.

The filly was bought by agent Sheamus Mills, who referenced Acrobat’s ability when extending the budget to buy the valuable yearling.

But the past two years have proven tough going for Hips Don’t Lie, slipping and missing in both 2019 and 2020.

“We’re hoping to get her in foal early this coming season,” Bester said.

“We haven’t set a mating for her yet, but obviously Wootton Bassett is our hot new kid on the block and he would probably be favourite to cover her, but Justify’s always there, another horse we have enormous faith in.”