All eyes on international edition of Queen Elizabeth 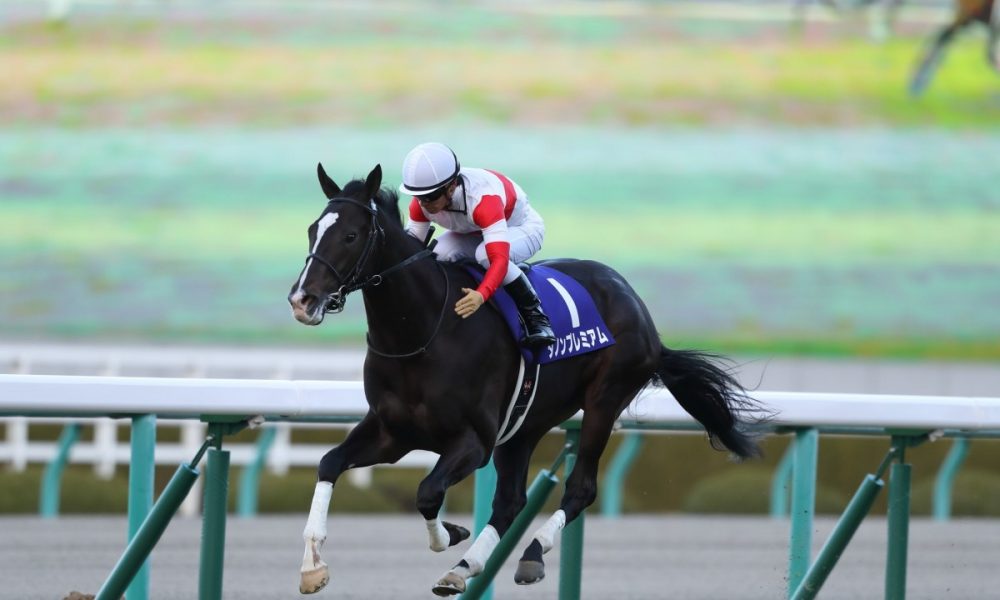 The Australian Turf Club, amid the most extraordinary circumstances, has conjured up an extraordinarily good race which, this Saturday, will surely draw unprecedented world wide attention through as many as 60 countries and potentially provide a timely revenue stimulus via simulcasting.

Adding further interest, especially from this portal’s perspective, is that Danon Premium – who was named champion two-year-old colt in Japan – would certainly emerge as a dual hemisphere stallion prospect if successful.

There is no need to indulge in any hyperbole of comparisons against the backdrop of a racing world which, right now, has a diminished number of races. Suffice to say, it’s a race which has the quality and depth to appeal at any time.

“We are delighted of course,” said Ross, “to have Addeybb and Danon Premium; the Melbourne Cup winner Vow And Declare; the two great New Zealanders Te Akau Shark and Melody Belle plus the in-form Verry Elleegant and it (the race) may not end there.”

Danon Premium’s presence ensures that Japan joins Hong Kong in simulcasting the race, which will increase the viewing audience and provide betting revenue, while you’d imagine racing starved British fans might not find 6.55am (their time) not too ungodly to be tuning in (forty minutes earlier if they fancy watching Addeybb’s stablemate Young Rascal (Intello) in the Sydney Cup).

After all, 4.8 million of them watched the virtual Grand National last Saturday – a point noted yesterday by Harry Eustace, who’s looking after Addeybb and Young Rascal for trainer William Haggas. “I’m sure everyone is watching (at home). There’s not much racing, any sport of any sort is proving popular even the virtual Grand National. Hopefully we give them something to cheer about on Saturday,” he said.

“There’s been great interest in the two British horses,” Ross said, “a lot of social media and it probably all began with Tom Marquand riding his first Group 1 winner here and on Saturday we have Marquand and Haggas representing British racing which may provide it a fillip.

“With the quality of horses we have for the Queen Elizabeth, and given that we are one of the few jurisdictions still racing, I think the audience should increase by at least a multiple of three.”

Ross belives there may be a misconception about the level of income generated by overseas jurisdictions operating on “our” races. “It is not a river of gold but it is very welcome and significant revenue,” he said.

The ATC has contractual restrictions, apparently, in regard to revealing the numbers, but Tom Biddington (in the South China Morning Post) this week reported; “The Hong Kong Jockey Club’s late switch to simulcast (last) Saturday’s Doncaster Mile meeting from Royal Randwick has provided Australian racing with an unexpected windfall of A$1 million (HK$4.67 million).”

This Saturday’s meeting was always on the HKJC simulcast agenda but the Doncaster meeting was included very late after the Dubai World Cup meeting was cancelled, and just shy of $50 million was invested on the seven races taken from Randwick and the race average was the highest of the season.

This week Japan joins the party and the appearance of international runners might stimulate more interest in Hong Kong which has no major races at Sha Tin this Sunday unlike last weekend.

And Saturday’s race, beyond remarkably, has still managed to come together despite the now world-wide restrictions on the movement of horses and people.

Team Britain arrived on February 29 before the compulsory 14 day isolation for arrivals was invoked, but Danon Premium did not land until March 17. Trainer Mitsumasa Nakauchida, considered a rising star, is not here but his staff – including Japan based Australian translator Adam Hourigan – were able to isolate at Canterbury racecourse.

What happens after the race remains unclear. “I understand there are no horse flights booked which means they (the horses) could holiday (spell) here. Regardless they’ll holiday here or at home. As for us, it’s still unknown,” Eustace said.

Addeybb and Danon Premium bring excellent credentials to the race but such is it’s overall strength that neither has a mortgage on the prize which is well reflected in early markets.

Danon Premium was the equal ninth highest rated horse in Japan last year and no country has greater depth. The highest rated was Cox Plate winner Lys Gracieux (Heart’s Cry) who was beaten by Danon Premium in the Group 2 Kinko Sho last March.

Addeybb’s form against the likes of Ballydoyle’s Galileo daughters Magical and Magic Wand is compelling but we know that there was only a half length between him and Verry Elleegant (Zed) in the Group 1 Ranvet Stakes.

I fancy the “home” team headed by Te Akau Shark (Rip Van Winkle) and the not to be underestimated Vow And Declare (Declaration Of War), whose Australian Cup return was first rate, who might give the visitors more than a run for their money. A betting account, in Japan, just might be handy!

Young Rascal’s Sydney Cup quest could be momentous, likely precipitating greater British and European interest if successful. He does have to contend with 56 kilograms and only two horses, in the past 20 years, have carried that weight or more to victory. Plus he’s untried at the trip and at a very short price at the time of writing. Despite all that, I’m not that anxious to take him on.