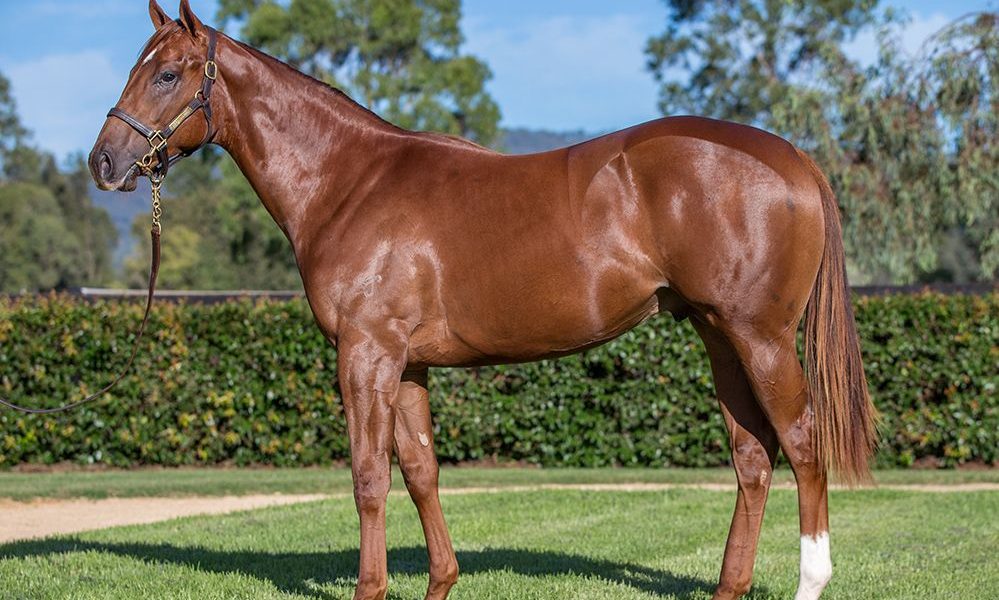 More than two years have passed but owner-breeder Steve Allam continues to rue the premature death of his star broodmare Bonnie Mac (Thorn Park), who was lost at the tender age of 12.

But today, Allam will see the single foal he bred from the mare and sold for seven figures at last year’s Inglis Easter Yearling Sale begin his journey on the track, when the Greg Hickman-trained Capital Mac (Capitalist) makes a first public trial appearance at Rosehill – and he’s confident the colt can live up to the high bar set by his illustrious siblings.

Allam, in conjunction with Andrew Williams Bloodstock, purchased Listed winner Bonnie Mac carrying to Capitalist (Written Tycoon) for $375,000 at the 2019 Magic Millions Broodmare Sale, little more than a week after her first foal, the subsequent Coolmore Stud Stakes (Gr 1, 1200m) winner Exceedance (Exceed And Excel), won with something in hand on debut at Wyong.

Indeed, her next two foals would also strike at stakes level with the Peter Moody-trained Oxley Road (Exceed And Excel) winning the Zeditave Stakes (Gr 3, 1200m) on his second career start, also adding the Caulfield Sprint (Gr 2, 1000m) to his haul last spring, while talented filly Mac N Cheese (Sebring) won twice at Listed level prior to her $1.6 million sale to Yulong Investments at the Magic Millions National Broodmare Sale this year, as part of the Spendthrift Stud dispersal.

Warwick Farm handler Hickman, the trainer of Group 1 winner Pierata (Pierro), went to $1.05 million to buy the final produce from Bonnie Mac, with the unraced colt showing enough talent to warrant a nomination for the Caulfield Guineas (Gr 1, 1600m) which is just two months away on October 8.

“It was like winning the lottery and losing the ticket,” Allam said, reflecting on the loss of Bonnie Mac.

“She was a special mare but these things happen in racing and breeding, we all know that and have our share of bad luck. We’ve got the one colt out of her and I’m just keeping my fingers crossed that this bloke is as good as them or better.

“[The Caulfield Guineas] is a very realistic aim for him if he lives up to the promise he’s shown at home. We want to give him the best opportunity of being a stallion. It’ll be a telling time tomorrow with his first trip away from Warwick Farm.”

Capital Mac remains the most expensive yearling sold by Newgate Farm’s Capitalist, sire of Group 1-winning miler Captivant, with Allam retaining a 50 per cent share in the colt after his sale.

Despite his high price tag Allam, Hickman and the rest of his ownership group, which includes Francis Cook’s Mystery Downs, have resisted the temptation to produce him as a two-year-old.

“We’ve been very, very patient with this colt,” Allam said. “He was an immature yearling, and that’s why quite a few of the big buyers fell off him at the sales. He was a fantastic type, but he had a few little growth issues and they said he’d take some time and probably wouldn’t make a two-year-old.

“We didn’t even think about racing him at two, he’s been at my farm here for quite some time and we’ve let him mature.

“Finally we’ll get him to the trials where Tommy Berry will ride him, but he’s a colt and it all depends on whether he’s going to handle that situation of his first trial.

“He seems to have ability, but we’ve just got to get him there and hope that he goes through with it like her other foals.”

Capital Mac will line up in Heat 16 of tomorrow’s trial session over 900 metres, where he is not the only regally-bred, unraced three-year-old colt to feature.

Lining up alongside him will be the Michael Freedman-trained Hawaii Five Oh (I Am Invincible), a daughter of Group 1 winner Aloha (Encosta De Lago) and brother to Group 2 winner Libertini, who was bred and owned by breeding giants John Singleton and Gerry Harvey, who also has Group 1 nominations for the Caulfield Guineas and Cox Plate (Gr 1, 2040m).

Allam, himself, has an enviable group of 18 mares within his broodmare band and has already welcomed a foal from the first crop of Newgate sire North Pacific (Brazen Beau) out of Snitzel (Redoute’s Choice) mare Lady Bon, a daughter of the stakes–placed Lady Sharapova (Fastnet Rock).

“We have two mares to foal to I Am Invincible and we’ve just had our first North Pacific colt, whose a lovely grey-black colt out of Lady Bon,” Allam said.

“We’ve also got a cracking weanling by I Am Invincible out of Sassy N Smart, a brother to the filly I sold last year for $800,000, so really looking forward to selling him.”