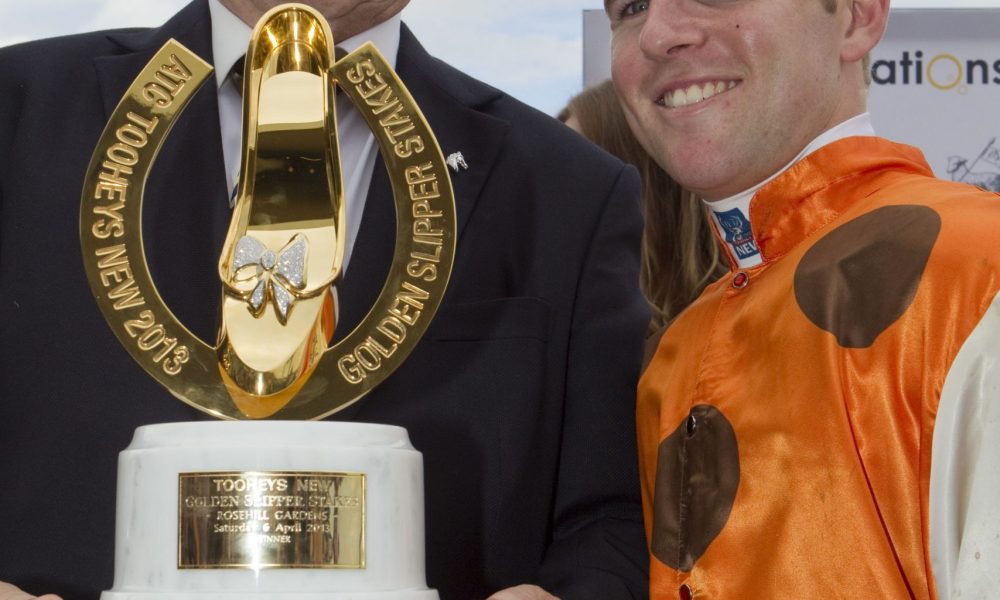 Here’s one you don’t see too often: Lot 311 at yesterday’s Magic Millions Gold Coast Yearling Sale was a colt whose grandam is it’s great-grandam.

The colt is by Menari, who’s by Snitzel (Redoute’s Choice) out of Isurava (General Nediym).

And he’s the first foal of a three-time winner in Natalia (Choisir), whose dam Booralee (Fastnet Rock) is also out of Isurava.

It’s a bit of close, 2×3 in-breeding some might fear is playing with fire. But then again, it was enacted by Corumbene Stud’s George Altomonte, the now 86-year-old who bred Menari, Natalia, Booralee, oh and Sebring (More Than Ready), among many others.

“Isurava is there twice close up, but I didn’t see any risk in it,” Altomonte told ANZ Bloodstock News. “She’s on the opposite sides of the pedigree, and through a male and a female. If she was there twice in the second generation you wouldn’t do it, but she’s second and third, it’s no risk at all. I’ve done it before, and I’ll keep doing that.

The colt sold for $230,000 to Richard and Michael Freedman, who showed their eye for a yearling in buying future Golden Slipper (Gr 1, 1200m) winner Stay Inside (Extreme Choice) here two years ago for $200,000.

“I probably thought it’d make a bit more because there was a lot of interest in it, but we’re happy with the price,” Altomonte said.

Natalia has a foal on the ground by Microphone (Exceed And Excel) and was covered recently by Russian Revolution (Snitzel). Altomonte said he might try a Menari mating again, despite the fertility issues which have restricted the Newgate stallion to less than 25 live foals in each of his first three crops.

“You’ve got to make sure they serve them early in the season,” Altomonte said of sub-fertile sires. “I’ll give them two goes, but if they miss I’ll switch stallions, or you’re a good chance of missing out.

“But Menari’s done pretty well, he throws some very nice stock. He’s got a couple of good ones running around.”

Corumbene came to the Gold Coast with 13 lots to sell, and won big on day one when the China Horse Club/Newgate/Starlight triumvirate paid $680,000 for a colt by Snitzel (Redoute’s Choice) out of another General Nediym (Nediym) mare, the Group 2-winning Ichihara (Lot 130).

Altomonte has no plans to stop breeding despite being well and truly in the veteran category. He’s become a rusted-on fixture at the Gold Coast, where in 2007 he was central to one of the most famous pieces of Magic Millions lore.

“I said to Gai Waterhouse and (Star Thoroughbreds’) Denise Martin, ‘Go have a look at him, because he’s a pretty good horse’.

They did. And after winning the Golden Slipper, ATC Sires Produce (Gr 1, 1400m), and coming within an ace of completing the Triple Crown in the Champagne Stakes (Gr 1, 1600m), the colt – Sebring – was sold to stud for a good bit more than his original price.

“It seems crazy looking back,” Altomonte laughs, “but we were haggling about ten or twenty grand for a horse who ended up selling for $28 million.”