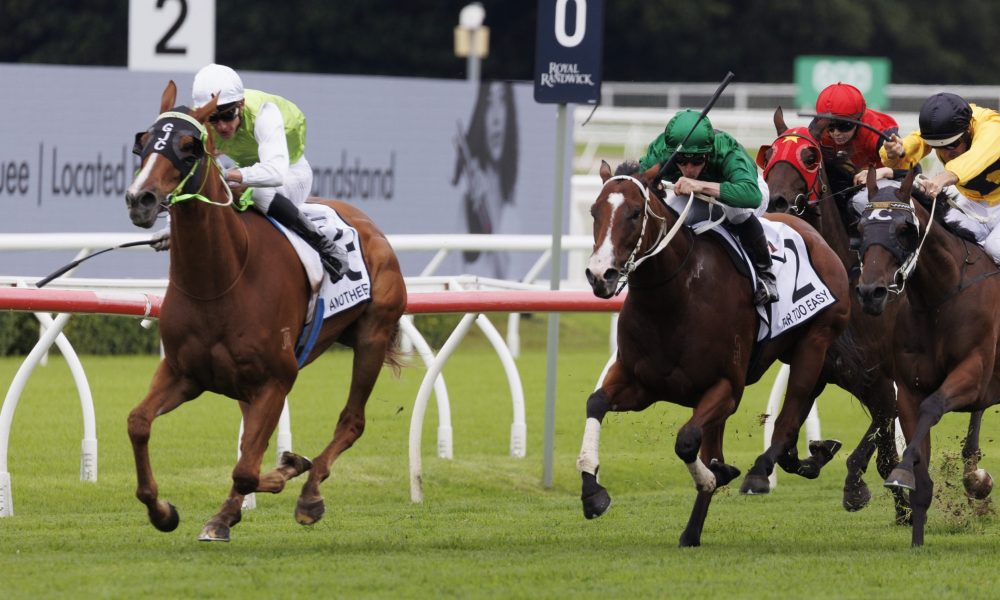 A handful of trainers can hit it with the big guys at the major yearling sales. Others have to operate in the margins, sniffing out a bargain at smaller auctions. And others, like the boys and girls from the bush, often have to try a third way.

The city of Wagga has become renowned over the years for turning out a remarkable number of outstanding sporting performers, like rugby league’s Mortimer brothers, tennis star Tony Roche, and cricket’s Michael Slater and Geoff Lawson.

And now there’s Another One, the gelding with the super-useful name, and a very handy set of legs to boot, who avenged a luckless second last year in winning Saturday’s Country Championships Final (1400m) at Randwick, fittingly sponsored by Newhaven Park, who began standing Super One from last season.

Colvin, the Murrumbidgee Turf Club’s reigning premier trainer, ventured – appropriately – to the Highway session of the Inglis Classic sale three years ago and came away with a chestnut colt.

Training a 40-horse team out of stables across the road from the Wagga track, Colvin couldn’t likely afford the progeny of I Am Invincible. He can look to his sons, but probably not the best-performed ones. And so Super One, a sprinter who built most of his reputation away from the Australian mainstream in Singapore, fitted the bill.

A $190,000 yearling for Michael Freedman and Michael Wallace Bloodstock at the Magic Millions Gold Coast Yearling Sale in 2014, Super One, the first foal of Tale Of The Cat (Storm Cat) mare Tails Wins, had a brief, eight-start career under various combinations of Freedman brothers, which began Singapore. He won his first four starts there, the last couple in two-year-old Listed class, and was considered good enough to return to Australia.

He had a shot at Flemington’s Coolmore Stud Stakes (Gr 1, 1200m) in 2015 but finished well back, returned from a spell to comfortably win the McKay Stakes (Gr 3, 1100m) at Morphettville, before farewelling the track with an unplaced run in the Goodwood (Gr 1, 1200m), retiring to stud at Newgate Farm.

He had echoed his famous dad in that his career highlight was winning the McKay Stakes, which I Am Invincible won in 2009. Colvin hoped he would be like the old man in other ways, too.

“Super One just caught my attention,” Colvin told It’s In The Blood. “I don’t really know why, but I did read about what a good horse he was.

“When you’re from the country, you have to try to beat everyone to it. A new stallion comes in and you might be able to get them for a bit less than later, when they hit their peak and they start making big money.

“Super One was by I Am Invincible, so that’s a good wrap. And I had a look at his pictures and I liked the look of him.”

Another One is out of the Hussonet (Mr. Prospector) mare Herewegoagain. She’d sold for a relatively strong $20,000 at the Scone Yearling Sale of 2007, to Taree trainer Ross Stitt. Something of a homebody, she’d end up winning six from 43, five of those wins plus six of her ten placings coming at Taree. She only earned $60,000, but her record counted for plenty in the bush.

Stitt also trained Herewegoagain’s first two foals in Oh No Not Again (Moshe) and El Casco (Helmet), who both were also Taree winners, while third foal Oneira (Dream Ahead) broke the mould by being sold to Pakenham trainer Allison Sheehan and winning at Geelong and Mornington. Colvin would acquire the fourth, last, and best offspring of the mare, who died in 2019.

“The mother won six races,” Colvin said. “If you win races, you win races. I don’t care where they are. If a dam won six races, it’s a fair indication her offspring will be triers. And, of course, we country blokes don’t have the sort of money to go buying yearlings worth $150,000 or $200,000 all the time in any case.”

The mating of Super One with Herewegoagain brought a 5S-3D-5D triple cross of Mr Prospector (Raise A Native), and a 5S-5S-5D cross of Danzig (Northern Dancer). But again, bush trainers can’t be all that fussy when it comes to pedigree magic.

Most importantly, Colvin is mates with John North, the “neighbour” up the road at Bowness Stud near Young, who bought Herewegoagain off the track and bred her offspring.

“The I Am Invincible-Hussonet cross was attractive, and the second dam (Vignor) is by Flying Spur, so I thought it was a good blend,” North said. “And the mare was pretty handy, she won quite a few races.”

Colvin didn’t have the chance to inspect Another One before he went into the ring.

“But I know John pretty well,” he said. “I just asked him and he said ‘Nothing wrong with that horse’. When he came into the ring I thought he looked pretty good, and I was lucky enough to come away with him.”

Colvin’s gamble on Super One has extended to the point where he trains “about five” of his offspring. He’s also bred a weanling half-brother, out of the Nothin’ Leica Dane (Danehill) mare Bella Nic, to Nic’s Hero (Kaphero), a gelding who’s won four from 15 for the stable.

Still, it’s fair to say Super One has set no worlds alight as a sire, with 73 winners from 148 runners at 49 per cent, and no stakes winners from his first three crops. All the more reason for connections of Another One to celebrate.

“He’s a very good bread and butter sire,” he said. “He’s had no stakes winners yet, but they all try. If you watch them in races, they always hit the line and try really hard. That’s what I like about them.

“And with most stallions, there’s going to be a good one coming along the line. Hopefully it’s my bloke.”

It looked that way, in fact, from the outset. Another One won a trial at Corowa by almost four lengths, sparking high hopes for his debut – in the two-year-old handicap that began the 2020 Wagga Cup carnival.

As it happened, he was unfortunate enough to run second to a horse who’d go on to win a Group 1, in Sydney visitor Lion’s Roar (Contributer). (The form was franked when Lion’s Roar got some of his own medicine at his next start in a lowly Newcastle Benchmark 64, forced to settle for second upon encountering a fellow future Group 1 winner, Mo’unga (Savabeel)).

Another One kicked on to win his next two starts on his home track, then took out a Randwick Highway at his fifth, a three-length victory that triggered interest from Hong Kong.

No doubt with an eye to his sire who’d thrived in Asia, one offer came in for $650,000. Colvin and his team of owners gave it serious thought, of course, but took another gamble in saying no.

“I just thought, well you strive to get a good horse all your life,” he says. “I did think he could be a chance for the Country Championship, and although he ran second in his first go at it, he’s now won it.

“It’s been a lot of fun and he’s put a fair bit of money in the bank, so it was a very good decision to make in the end.”