Appropriate week ends with a trio of Classic races 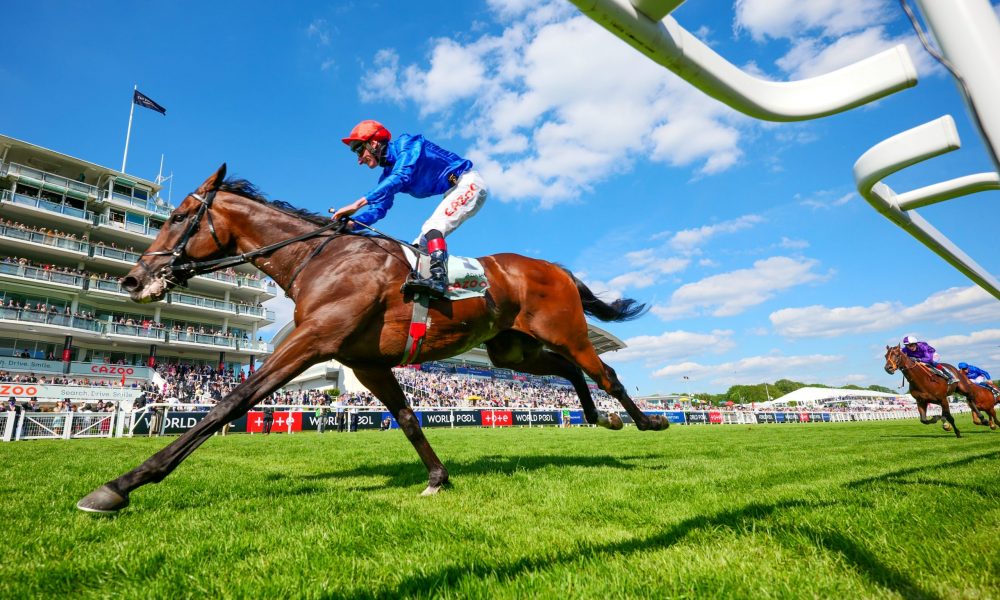 Piggott’s home soil tally included a record nine Derbys and was supplemented by a further 22 Classic wins in France and Ireland and this weekend we cross the Channel, as Piggott did so often, with the Oaks on Friday and the Derby on Saturday preceding Sunday’s Prix du Jockey Club at Chantilly.

The three races are each likely to feature a short priced favourite, but each is full of more intrigue (and more chances) than the betting markets might suggest, and recent history points to the possible wisdom of casting your net wider than just the market leader.

Decisive Derby favourites Australia and Golden Horn comfortably justified their status in 2014 and 2015 respectively but since then there’s been no winner shorter than 13-2 with two at that quote, two at 16-1, plus 25-1 and 40-1 winners for Aidan O’Brien, who’s won the race a record eight times.

The Dante Stakes winner Desert Crown is understandably this year’s favourite in a race in which he will be attempting to provide his trainer Sir Michael Stoute with his sixth Derby. Desert Crown won the York Group 2 trial by more than three lengths and ran about 12 lengths quicker than the winner of the Group 2 race for older fillies and mares at the same trip that day.

The only recent similarly decisive winners of the Dante have been Golden Horn (2015) who won the Derby and, later that year, the Eclipse; Irish Champion Stakes and the Arc: plus Roaring Lion (2018) who finished third at Epsom before four consecutive wins against all comers.

The message is simple. You win the Dante by a big margin and you are very good and, in this case, Stoute warned – coyly, disingenuously or otherwise – that Desert Crown was underdone for his season’s reappearance.

Of course to win the Derby he must stay the longer journey which Roaring Lion failed to do and only Saturday’s contest will answer the question as to whether his Dante win over a 2,000 Guineas mid-pack finisher Royal Patronage amounts to good form or not.

Whether a general 7-4 is the right price to find out is a matter of personal opinion. I suspect that it is but I have an all-encompassing aversion to backing short priced horses.

So what are  the alternatives? There is appeal in Ballydoyle’s possibly over-priced last start winners Changingoftheguard and Star Of India and certainly with the Charlie Appleby-trained Walk Of Stars.

Appleby has named Nation’s Pride as the likely to pick of his team but of Walk Of Stars he said:  “if you could pick one that’s got the profile of an Adayar, then it’s him”.

Adayar, of course, won last year’s Derby after running second in the Lingfield Derby Trial, a placing filled by Walk Of Stars in this year’s race. The son of Dubawi was slow to begin in that lead-up and was resolute to the finish despite racing greenly. If he’s taken any improvement in racing craft and fitness from that then he can feature in the finish.

The John and Thady Gosden-trained Emily Upjohn is likely to start even shorter in the Oaks then Desert Crown in the Derby. She romped home with the Musidora Stakes, at York, as did last year’s 16-length Oaks winner Snowfall. That memory along with the Gosden and Frankie Dettori factors has her all the rage. You could argue she was a bit keen at York but that might be clutching at vulnerability straws.

Gosden has trained three and O’Brien six Oaks winners in the past ten years. Ralph Beckett, with two, is the only other multiple winning trainer in the past 20 years to be represented this year.

Beckett has Moon De Vega who may be way over the odds. She was beaten six and a half lengths, on return, behind Thoughts Of June in the Cheshire Oaks but lost all momentum, and all chance, when repeatedly tightened for room as the race was heating up at Chester.

O’Brien has Concert Hall, a daughter of Oaks winner Was, plus Tuesday, who’s a sister to Oaks winner Minding, emerging from the Irish 1,000 Guineas. Concert Hall had earlier impressively won a strong form race at 2000 metres and should stay, while front-running stablemate Thoughts Of June cannot be discounted.

Pretty Polly Stakes winner With The Moonlight, and the unheralded Kawida, are others capable of outrunning the market assessment.

The Oaks can be a bit like that. Stars emerge without having been marked as such before the race. Only two favourites have won in the past ten years and can you believe that Enable was 6-1; Taghrooda 5-1 and, earlier, Snow Fairy 9-1?

At Chantilly, Jean-Claude Rouget looks well placed to claim a fifth Prix du Jockey Club with his likely four runners headed by Prix de Guiche winner Vadeni and Al Hakeem, who claimed the Prix de Suresnes. They follow the same path, respectively, as previous Rouget-trained winners Almanzor and Sottsass and may have the edge, I fancy, on those coming through the French 2,000 Guineas.

Potential visitors include the Roger Varian-trained Eydon who impressed at 1800 metres in the Feilden Stakes before a credible fourth in the (English) 2,000 Guineas along with an Aidan O’Brien-trained wildcard in Ivy League who shapes as though he will relish the longer trip.