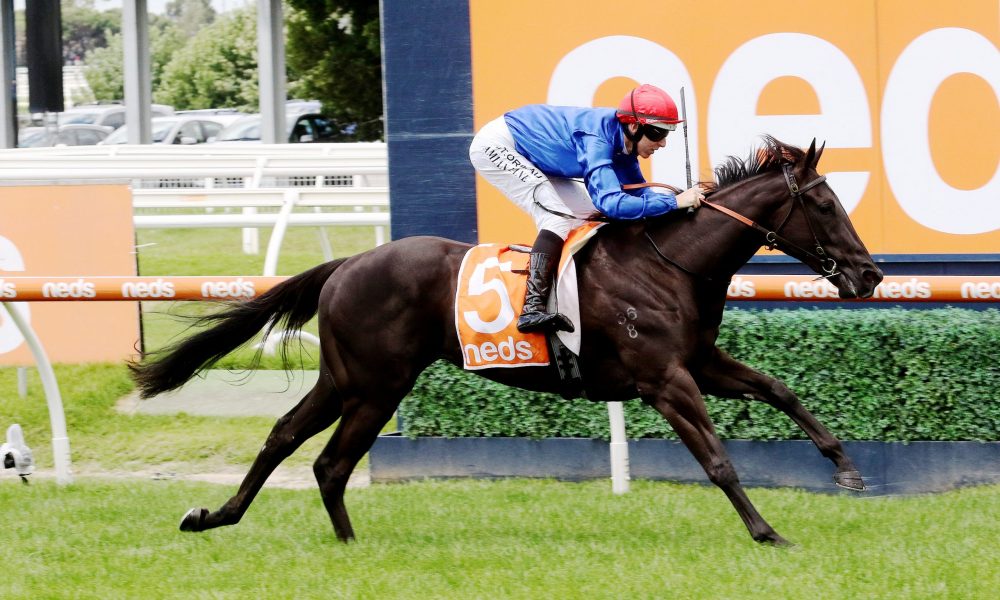 Some racetrack stories are glorious from start to finish, like Black Caviar or Frankel. Others pick up off a slower start, like Phar Lap or Winx, and it can be the same at stud.

After some faltering beginnings belying his regal pedigree, Street Boss may be building into the latter category.

Last Saturday’s imperious win by Arcaded in the Blue Diamond Prelude (Fillies) (Gr 2, 1100m) at Caulfield was more resounding evidence that despite turning 17 next month, her sire’s best days could still be ahead of him.

The highest-priced yearling from his great sire Street Cry’s first crop, Street Boss lived up to the rating by becoming a dual Grade 1 winner on the track in the US. However, he went through some humble beginnings to his shuttling career in Australia with Darley.

The chestnut finished outside of the top 100 on the general sires list through his first three seasons up to 2014-15. Although Newmarket Handicap (Gr 1, 1200m) winner The Quarterback was one stand-out of his in the couple of years afterwards, it’s been in the past three campaigns that Street Boss has really started to make his presence felt.

He rose to 49th in 2018-19, 42nd the year after – championed most notably by another Blue Diamond Prelude (Colts and Geldings) (Gr 3, 1100m) winner in Hanseatic – and is now sitting 33rd at present. His current flagbearers are exciting Perth flyer Elite Street, who has won five of his eight starts –  including the Winterbottom Stakes (Gr 1, 1200m) in November – and is being set for the Black Caviar Lightning Stakes (Gr 1, 1000m) on Saturday alongside Arcaded.

Darley’s head of sales Alastair Pulford explains there was a significant, and shocking, reason for Street Boss’ chequered start at stud – an injury to a hock in his first season in the breeding barn.

“It was a nasty injury, his fertility was only so-so, and I think he was really impeded by that injury,” Pulford tells It’s In The Blood. “We decided to give him a second year off, so he didn’t have a second crop. He came back and covered small books until the runners started coming through.

“Now he’s starting earning a lot of respect in the last few years, from us and other leading Victorian breeders, and he’s enjoying a later resurgence. He started off a low base and he’s had to do it the hard way.

“He’s done a pretty solid job, really, and is just getting more and more recognition.”

Pulford admits that after Street Boss’ results through his initial seasons, Darley themselves were perhaps not giving him the best chance.

“We realised a few years ago, probably about 2016, we weren’t using him to his full potential,” he says. “His statistics, even though he hadn’t covered a lot of mares, were actually pretty good. We’d hardly sent him a mare prior to that. So we started taking notice of him and started sending him decent mares.”

One of the first moves in that direction was to have him cover the Exceed And Excel mare Itameri – only a maiden winner but from the uber-successful Scandinavia female line (Black Caviar, again). The result was Hanseatic, who was a narrow second in last year’s Blue Diamond Stakes (Gr 1, 1200m) and promises to be one of Godolphin’s major stars.

“We sent him another raft of decent mares in 2017, whose offspring are now two-year-olds, and they included Gloriette,” Pulford says.

A daughter of Lonhro foaled in 2013, Gloriette also scored just one win, at Hawkesbury, out of nine starts. But the pedigree drips with quality.

She is out of the Redoute’s Choice mare Viennese, who showed good ability on the track, winning at Group 3 and Listed level in Adelaide and Caulfield. Darley paid a hefty $1.4 million for her at the Magic Millions Gold Coast Yearling Sale in 2007 to kick this family off for their empire.

There was little wonder Viennese fetched such a price. Out of the dual Listed winner Snippets’ Lass, she is a sister to Snitzel, who had won the Oakleigh Plate (Gr 1, 1100m) and been placed in the Newmarket and T J Smith Stakes (Gr 1, 1200m) the year before.

Given his deeds at stud since, which need no documenting here, the potential of the distaff line looks immense. And if that wasn’t enough, Viennese is also a half-sister to another Group 1 performer in the late Hinchinbrook (Fastnet Rock).

Fast forward a decade and Darley put Viennese’s third named foal, Gloriette, with Street Boss. The resulting foal – Arcaded – has flown away with her first two starts, both at Caulfield, to become prominent in the betting for both the Blue Diamond and Golden Slipper.

“Putting Viennese to Lonhro (to produce Gloriette) was a risk in terms of scope, and Gloriette was a speedy two-year-old who didn’t really race on, but then putting Gloriette to Street Boss seems to have worked rather well,” Pulford says.

“Gloriette and Viennese aren’t strapping big horses, so Street Boss (who stands at 16.1 hands) was a very good physical match for the mare.

“And that Street Cry-Lonhro cross is responsible for Lyre, Osborne Bulls and others, so the two match up very well it seems.”

Lyre, by Lonhro out of the Street Cry mare Erato, won the 2019 Blue Diamond and has three Group 1 placings so far besides, while Osborne Bulls, by Street Cry out of the Lonhro mare Jerezana, was second in five consecutive Group 1s in a $2.87 million career.

So far, Arcaded looks like proving the success of the cross once again and possibly helping Street Boss to keep on improving.

“He’s never really had the opportunities he probably deserved either here or in America, but he’s had some very good horses in America, and equally he’s developing into a very good stallion here,” Pulford says.

“We’re hoping he can be like some of these stallions here. Written Tycoon (now 18) and Not A Single Doubt (19) seem to be producing better horses the older they get, and we think Street Boss can really do the same.”

As for Gloriette’s immediate future, while she unfortunately slipped to Street Boss the year after Arcaded arrived, she now has a colt foal at foot by Epaulette and is back in foal to him again.