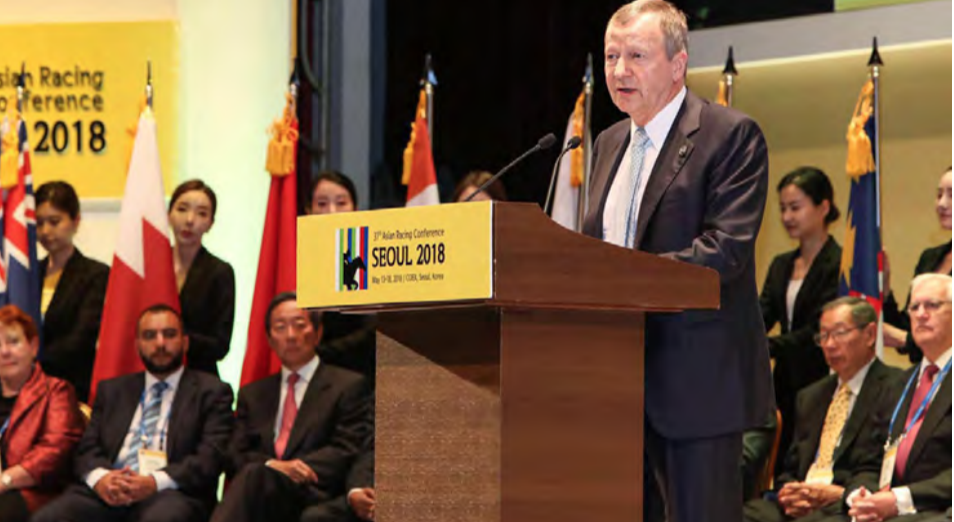 The 2020 Asian Racing Conference will be held next month in Cape Town.

Like you, I’m not sure when South Africa became a part of Asia but that’s beside the point. This comes as no shock in a world where, these days, nobody agrees as to whether there are five, six or seven continents.

It could well be tagged the quasi-Australian conference with at least 18 Australians – from various parts of the world – set to speak.

Plus, there will be any number of other delegates and observers from these shores, which will almost certainly blow my chance of getting an upgrade on the 14–hour haul from Sydney to Johannesburg.

However, aside from any positive work from a global perspective, it will surely present an opportunity for an entente cordiale (and national strategic planning) between New South Wales and Victoria.

Plus, we have Racing Australia chairman Greg Nichols and Tom Reilly, CEO of Thoroughbred Breeders Australia.

There’s a quorum, in itself, for lunch. I’m issuing the invitation and it’s my ‘shout’. What’s more, I’ll remain (relatively) sober to keep the minutes.

I’ll even draw up the agenda (see below), starting with the easy ones first. The ones which surely don’t demand much more than Thompson and V’landys simply agreeing and responding with ‘yes, OK’.

There are plenty of others who could tag along, including Victoria’s racing minister Martin Pakula, but the smaller the committee the more likely a positIve outcome.

The agenda is as follows (remember it’s the easy ones first):

Just a few questions over which we could ‘chew the fat’ of a nicely marbled scotch fillet.

Perhaps not all my points are valid and this is certainly not an exhaustive list of issues. I’m sure there are more, so email me: steve@moranracingmedia.com.au