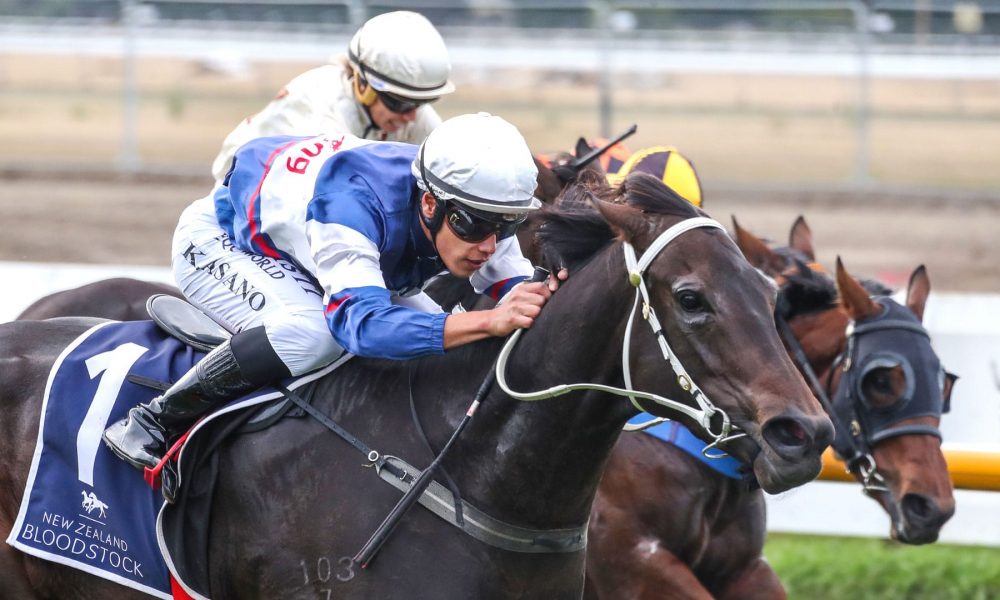 Even by its own lofty standards, Waikato Stud had a day to remember at Randwick on Saturday.

Not only did New Zealand’s famous farm claim the credit in Australia’s first Group 1 of the season when Mo’unga took the Winx Stakes (Gr 1, 1400m), two races later the Waikato-bred mare Atishu claimed her second win in three Australian starts – and her fifth from ten overall – with a resounding length success in the day’s final race, over 1400 metres.

It may only have been a Benchmark 88 Handicap, but the style of the victory for the Chris Waller-trained Atishu – like Mo’unga a fresh four-year-old by Waikato titan Savabeel – signalled she could well follow both those males to top level glory.

Atishu is already a stakes-winner, having gone to the South Island to claim a Listed double at Riccarton in her last two starts to be crowned the Southern Filly of Year before crossing the Tasman.

She’d won her previous two starts before that double as well. That convinced Waikato’s principal Mark Chittick she was good. But the first of those two Listed wins – in the Airfreight Stakes (1600m) – took his breath away.

“I went down for the race,” Chittick tells It’s In The Blood, “On the turn, I said to my mate that she’ll run well, though she won’t win. At the 200 I still said she wouldn’t win.”

Not only did she win, such was the strength of her finish she shot home by seven lengths.

“That was pretty stunning,” Chittick says. “Still, there was a question mark between South Island form and Australian form, but she’s really stepped up in Sydney and that bodes very well for her future.”

Atishu continues the success of a rich Waikato Stud family – one that came perilously close to a tragic end before it had really begun.

She’s out of the No Excuse Needed (GB) mare Posy, who’s from the O’Reilly mare Spring, who’s dam Head Of The River (GB) was the taproot for the line.

Head Of The River was no swift vessel, claiming one placing in four starts. But she was by 1978 Epsom (Gr 1, 1m 4f) and Irish Derby (Gr 1, 1m 4f) winner Shirley Heights, who by the late 1980s was making a name for himself as a broodmare sire. He was the damsire of Godolphin entire In The Wings, who’d won a couple of lower-level stakes races in France, which may have been enough to convince NSW’s Bhima Stud to import Head Of The River in 1989.

Waikato bought Head Of The River four years later, in partnership with Chris Turner, owner and initial trainer of Veandercross. It proved a shrewd move. Not only had In The Wings claimed the Breeders Cup’ Turf (Gr 1, 12f) in 1990, but Shirley Heights would also earn laurels as the damsire of 1996 Epsom Oaks (Gr 1, 1m 4f) winner Lady Carla, and later of 2012 Prix de l’Arc de Triomphe (Gr 1, 2400m) winner Solemia.

Between those foals, Head Of The River had gone to O’Reilly to produce Spring.

“I always thought Spring would make a racehorse but she was a bit offset, so she was going to be hard to sell as a yearling,” says Chittick. “So we bought Chris (Turner) out and we raced her.”

Spring won her first two starts and then took a shot at the Bayer Classic (Gr 1, 1600m) (now the Levin Classic). Anticipation was high, but the afternoon took a terrible twist. Spring fractured a front fetlock, “quite badly” as Chittick recalls.

The bleakest outcome looked likely, but with a large crowd in attendance she was led away by two clerks of the course towards her gloomy fate.

“I caught up to them and said ‘Where are you going?’” says Chittick, who was there with his father, Waikato’s patriarch Garry. “They said, ‘We can’t do anything out here. We’ll take her round the back.’ I said, ‘Hang on – you’re not doing anything just yet.’”

Two things saved Spring that day: the presence of several ready and willing float drivers, and Levin Racecourse’s proximity – about 35km – to Massey University’s School of Veterinary Science. But there was still a long road ahead of the metaphorical kind.

“We got her on the truck and up to Massey,” Chittick says. “I was friends with the professor there at the time, and he said, ‘It’s a helluva mess, but if you want me to have a go, then I’ll have a go’.

“So they put four screws through her fetlock, which would basically fuse it. She came through the surgery alright, but a little bit later the screws broke. I thought she was history then, but they operated again and put a couple more screws in.

“They ended up breaking as well, but by that time there was a considerable amount of calcification through the joint. She was a great patient and fortunately she managed to get through that ordeal. Everyone told us we might get a couple of foals from her, but she ended up having six.”

Spring first went to Danasinga and threw the five-time winner Spring Dancer, before going to Waikato’s GB shuttler No Excuse Needed. He was a Royal Ascot Group 2 winner but had “mediocre” success through several seasons at Waikato, according to Chittick. This mating did, however, yield Rotorua, a stakes-placed winner in Sydney and Singapore.

After a mating with Pins resulted in multiple Hong Kong winner Smart Giant, in 2008 Chittick repeated the Daffodil match-up. Her younger sister Posy would, sadly, be the redoubtable Spring’s last foal. She died from a haemorrhage soon afterwards, but her rich legacy continues.

Posy was no Daffodil, recording two 2013 wins from 13 runs. At stud, however, she could be set to eclipse her more illustrious big sister.

All six of Posy’s offspring have been sired by Savabeel. First foal Hurricane Fighter placed at his first three, won his next two at Sandown and Ballarat, but didn’t live up to his early promise.

Second out came Orchids, a filly so impressive she sold for $875,000 at Karaka in 2018 – around four times the reserve. However, she only raced once for a fourth at Sale (and was covered by Pride Of Dubai last spring).

Next came Atishu, a $260,000 yearling, then a colt, Powerbeel, who fetched $105,000 (before Atishu upgraded the pedigree) and is now a three-year-old in work with Robert and Luke Price at Kembla Grange. Chittick will be keeping the two-year-old and yearling fillies who round out Posy’s sextet.

The first, Snowdrop (Pins), won six races and recorded two Listed seconds. Grand Bouquet (Savabeel) has won five provincial races and was twice stakes-placed in New Zealand. And her younger sister Grand De Flora, trained by Danny O’Brien, showed abundant promise in winning four of her first seven on both sides of the Tasman – including two at Sandown. She then ran a nose second to the smart Quantum Mechanic in the Sunline Stakes (Gr 2, 1600m) at Moonee Valley last March, but weeks later, sadly died through a reaction to anaesthetic given for a simple procedure.

It was the kind of twist that, as everyone knows too well, can make racing a cruel mistress, the counterpoint to bouts of good fortune such as that seen in the heroic battle to save her granddam Spring.

Indications so far suggest, at least, that Atishu will continue to fly the line’s flag with distinction.