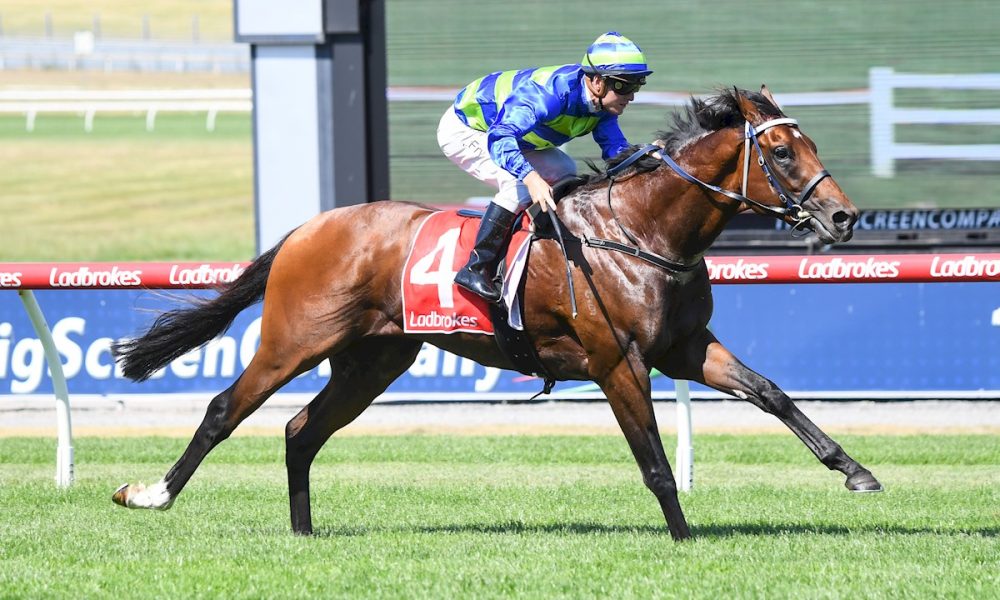 B: The Toorak Thoroughbred Breeding Trust

Having shown plenty of promise in two placed efforts as a juvenile, the Mitch Freedman-trained Attrition (Churchill) produced an impressive performance to break his maiden at the third attempt in a 1400-metre contest at Sandown-Lakeside this week.

The now three-year-old made his debut at Murray Bridge in July last year following a positive barrier trial at Tatura, finishing third over 1200 metres, before then filling the same position in a 1300-metre handicap at Sandown-Hillside later that month, beaten just over a length.

Sent off as a $3 chance under Jarrod Fry on Wednesday, the son of Churchill (Galileo) came with a barnstorming run from the rear of the field to collar Brazen Kingdom (Iffraaj) and win going away by two and three-quarter lengths with a further half-length back to Memphis Shadow (American Pharoah) in third.

“First go at that trip I wanted to make sure he ran it out, but the horse has a dynamic turn of foot,” Fry said post-race.

“I rode him in a piece of work for Mitch [Freedman] and then jumped him out and the horse has given me a really nice feel.

“I could feel it waiting for me to pull the trigger and when I did, I knew I was well and truly going to go past them.”

Attrition was a $180,000 Inglis Premier purchase for his trainer out of the Mill Park Stud draft.

The sixth winning foal out of the winning French Deputy (Deputy Minister) mare Queen’s Kiss, he is a half-brother to the stakes winner Royal Rumble (New Approach).

The first Churchill yearling to be offered in Australia this year was sold at Magic Millions on the same day as Attrition’s success, with Merrick Staunton paying $220,000 for Valiant Stud’s chestnut colt out of the winning Exceed and Excel (Danehill) mare Silverscreen Queen.