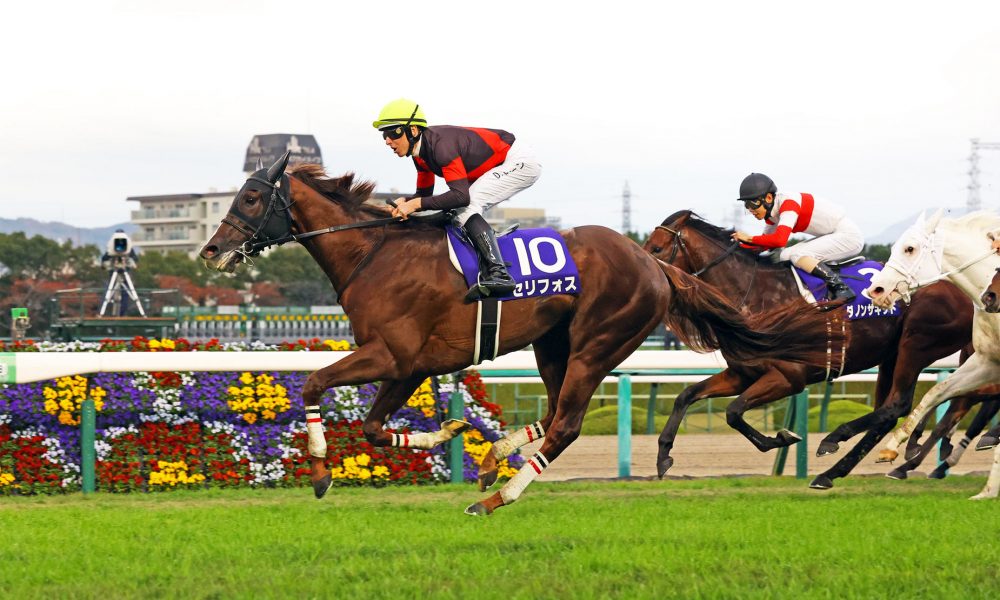 Looking back, it was indeed quite the red-letter weekend for Australian jockeys across our neighbouring racing regions with Damian Lane, James McDonald and Mark Zahra winning the three major races, respectively, in Japan, Hong Kong and Singapore.

Looking ahead, Lane and McDonald’s wins were two of three key precursors to Asian racing’s December 11 showpiece – the Hong Kong International races – which are expected to attract the greatest number of international runners since 2018, with some easing of Covid 19 related protocols in the city. Invited runners are announced today.

Much intrigue centres on the fact that Hong Kong’s two highest profile horses, Golden Sixty (arguably) and Romantic Warrior (indisputably) have been sheltered from outside competition. Neither faced any overseas trained runners when they won the Champions Mile and QE II Cup, on Champions Day, earlier this year.

Romantic Warrior, who’s won eight of his nine starts, beat his stablemate Tourbillon Diamond in last Sunday’s race, just as he did in April’s QE II Cup and he’s yet to race against any horse trained outside Hong Kong.

The Australian-bred Golden Sixty, a winner 22 of 25 starts, also faced no outside competition when he won the Champions Mile in 2021, but winning margins of a length and three-quarters and two lengths in the past two Hong Kong Miles against broader opposition than home rivals say it would be churlish and inaccurate to suggest that he is anything other than an outstanding racehorse.

Hong Kong-trained horses have won 16 of the 22 Hong Kong Miles since the turn of the century, while Japan boasts four victories and three of that country’s winners came via the Mile Championship as did Japan’s Salios and Admire Mars, who then finished third, beaten two and two and a quarter lengths respectively, behind Golden Sixty in December.

Last Sunday’s Mile Championship winner Serifos is not expected to go to Hong Kong, with Dubai or Australia the touted options at this stage. He won that fast run Mile in fast overall time in a race where each of the first nine home could be assessed as having run satisfactorily.

The runner-up Danon The Kid was a clear second-best and is expected to be confirmed as a Hong Kong visitor today, with either the Cup or the Mile an option.

Golden Sixty, regardless of the visiting opposition, remains clearly the horse to beat after overcoming an unsuitably modest tempo to overhaul his chief local rival California Spangle last Sunday.

Trainer Francis Lui bought Golden Sixty for NZ$300,000 at the New Zealand Ready To Run Sales in 2017 after he’d earlier been sold as yearling for AU$120,000 at the Gold Coast Magic Millions Yearling sale. More than 400 horses were catalogued at that Ready To Run sale and Lui purchased only two.

Panthalassa will likely headline the Hong Kong Cup entries from Japan along with Jack D’Or and Lei Papale (and Danon The Kid). The form is entwined between the four especially with the first two named with no more than three-quarters of a length separating Panthalassa and Jack D’Or at their past two runs with the score one-all.

However, the focus will centre on Panthalassa, after a breathtaking if heartbreaking performance, when he led the 15-runner field in the Group 1 Tenno Sho Autumn (2000m) by 15 to 20 lengths – running a lightning 57.4 seconds for the first 1000 metres before being overhauled late by only the Japanese Derby runner-up Equinox, under an exquisitely timed ride from Christophe Lemaire.

Panthalassa is unlikely to be bothered by the travel or new environment as he was shipped to Dubai earlier this year and dead-heated in the Group 1 Dubai Turf (1800m) at Meydan on March 26. He’s trained by Yoshito Yahagi, who won the QE II Cup and Hong Kong Cup last year with Loves Only You and seeks to augment his already wonderful international record given earlier Cox Plate and Breeders’ Cup wins and further Dubai success.