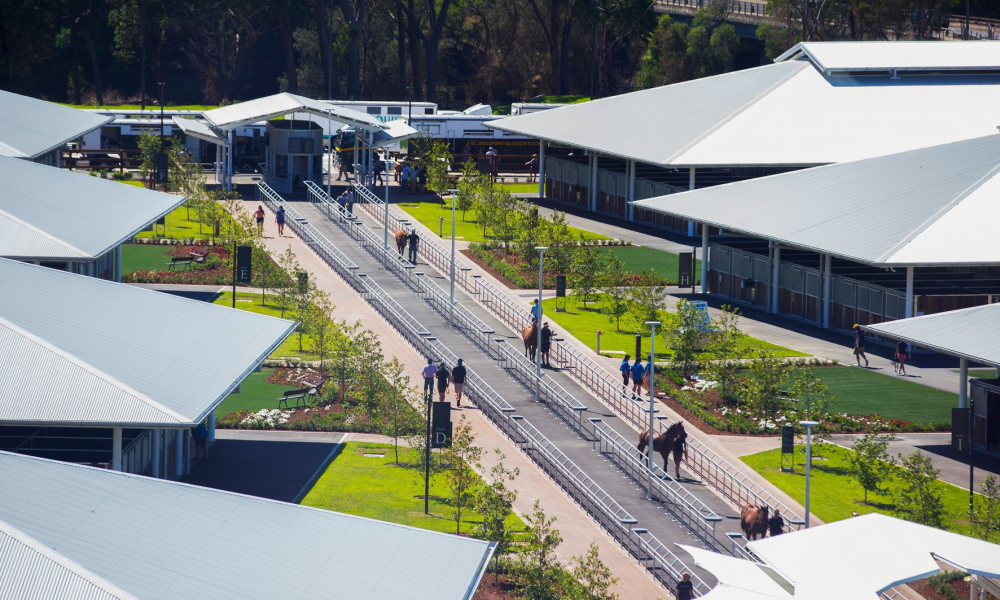 Inglis also weighing up options for remainder of its 2020 auctions

Inglis yesterday scrambled to resurrect its Australian Easter Yearling Sale in a solely digital format after the government ordered the closure of all auction houses on Tuesday night in its latest response to the Covid-19 pandemic causing death and destruction across the world.

The company will use its successful online technology to host the April 5 and 6 sale, arguably the pinnacle of the Australasian sales series, as a result of the national cabinet tightening restrictions on people movement and businesses Australia wide.

Early yesterday, Inglis confirmed it would not conduct a live Easter sale as initially planned at its Riverside Stables complex in Sydney, but instead horses catalogued would remain on farms for pre-sale inspections and be sold on the Inglis Digital platform.

The sale dates will remain as the first Sunday and Monday of April after Inglis brought the sale forward by two days in a decision that was announced on Tuesday.

Vendors, particularly those interstate, have been asked to relocate their horses to NSW stud farms to make it easier for prospective buyers to inspect the horses prior to bidding getting under way.

In correspondence to Easter sale vendors last night, Inglis general manager of bloodstock sales and marketing Sebastian Hutch sympathised with breeders and owners about the protocols and economic environment that the auction would take place in.

“It is understood that this is a difficult situation and that not all vendors will be comfortable with the scheduled arrangements,” Hutch wrote.

“The market will undoubtedly be very difficult. However, this situation represents an important opportunity for breeders and owners to trade stock.

“We will be working hard to generate further buyer interest and participation in the sale and we encourage all vendors to consider doing the same.”

Inglis management also considered a range of options for all of its remaining sales this year, including The Chairman’s Sale for bluechip breeding stock and next month’s Melbourne Gold Yearling Sale, but they did not reveal any changes to the structure or dates of those last night.

The finer details of how the online sale will work – when bidding will start and over what time-frame – is likely to be made known by Inglis today.

“In light of prime minister Scott Morrison’s most recent announcements and further restrictions made last night regarding the Covid-19 situation, Inglis is currently re-evaluating the timing and format of its sales schedule for the remainder of 2020,” Inglis said in a statement released earlier yesterday.

“The Easter Yearling Sale will not proceed as a live auction but will instead proceed in an online format.”

The Queensland government closing its state borders to interstate travellers also complicates the issue for the sales company ahead of its National sale, which was scheduled for May 21 to June 5.

Managing director Barry Bowditch yesterday said that Magic Millions would endeavour to hold a live auction if it all possible, which could see the three-week weanling, broodmare and yearling sales being pushed back if government-imposed restrictions appeared likely to be lifted.

“We are in the process of formulating a plan which is obviously a moving target and the best we can say is that we will be looking to host the National sale at some point, but in which way or form it is hard to say,” Bowditch told ANZ Bloodstock News.

“We are mindful of the fact that we need to respect the restrictions for the health of the nation at this time. When things come to light, we will be ready and willing to run a horse sale …. for our vendors.”

July, as Inglis has done, shapes as a likely starting point for the National Sale, and Magic Millions also sold broodmares at the Patinack Dispersal Sale in late September 2014.

If public gatherings remain off limits and state borders closed, Bowditch did not rule out selling stock online, a marketplace the company has so far avoided.

“Online is, of course, an option to hold these sales and it is a way forward in these times but I think if there is a way to do it safely and properly and effectively I would say holding a public auction to the best of our ability is the best outcome for everyone involved,” he said.

The competition between Australia’s thoroughbred auction houses is well-known but Bowditch said the Easter sale played a vital role in the breeding industry economy and hoped that it was successful.

He said: “Whatever sale that gets held in this country, and Easter is a huge example of that, has an affect on our clients (Inglis and Magic Millions) as a whole. So, to be able to run a sale of any kind in these times, is important (for all stakeholders involved).”