Ayrton back to his brilliant best after near-death experience 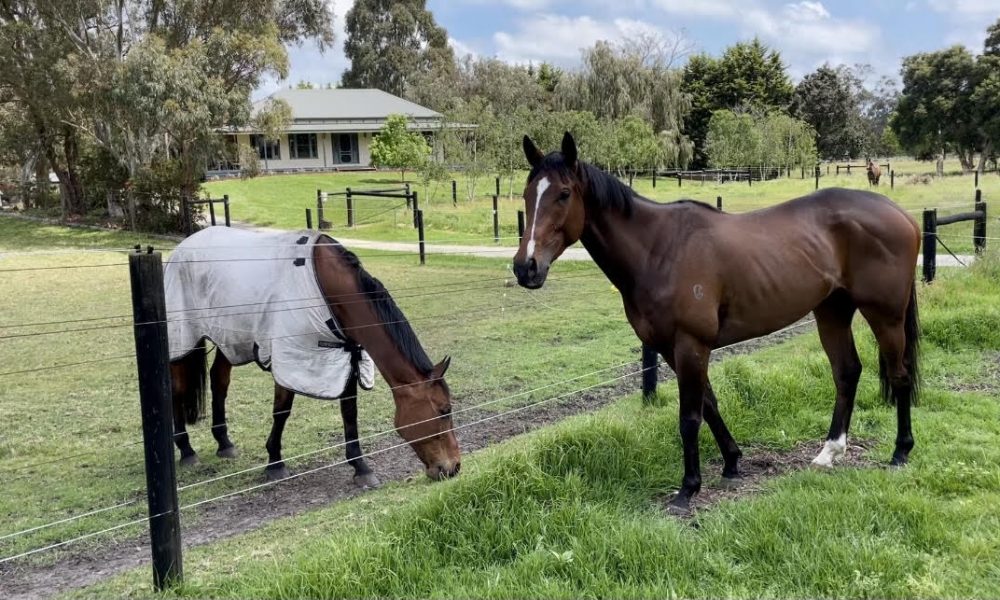 “Today is probably the best he’s felt and he accelerated.”

Those were the words of jockey Jamie Kah after she steered Ayrton (Iffraaj) to a first-up victory in the Victoria Handicap (Gr 3, 1400m) at Caulfield on Saturday.

It’s hard to believe that a racehorse could come back from near-death to be bigger, stronger, and potentially better than ever but thanks to plenty of “TLC” from his trainer Mick Price and his partner Shona Dreschler at their property Lang Park in Langwarrin, he has defied the odds.

Last spring Ayrton went from being Melbourne’s pin-up horse with six wins from seven starts to fighting for his life in the South Eastern Equine Hospital after being bitten by a spider on one of his hind legs during a freshen-up on a property where he was being exercised in a water walker.

“He had a bit of a following and when it happened it was very upsetting. It’s not often you get a horse in the stable that shows a lot of potential and when they go into disarray and to see a horse sick is not nice. His health deteriorated and it was very distressing to see him go through that,” said Dreschler.

Ayrton spent seven weeks under the close watch of respected veterinarians Robyn Charman and Dave Shepherd and during that time was treated with an intensive course of antibiotics and anti-inflammatories.

But while they served a vital purpose in helping to fight the pain and infection he suffered as a result of the bite, they came at a cost to other aspects of his internal health.

“They are not great for the lining of the gut or bacteria in there. When he came to us he was so light and stressy and had been poked and prodded for so long he was jack of it. He’s a beautiful horse and we have a beautiful farm here and Mick wanted him here so we could keep an eye on him and monitor him every day.

“We put him out in a small paddock with lots of grass, he was so light and sad you just wanted to give him a big cuddle.”

Dreschler called on her eventing horse, a retired thoroughbred by the name of Charlie Bean, to assist with Ayrton’s mental and physical recovery from the trauma and the two horses formed a close bond in the paddock.

“Charlie Bean was like a nanny if he ate Ayrton would eat and they are really good together.”

Ayrton, as illustrated in this story, was in poor condition when he first arrived.

“His backbone was showing. He was so wasted, the poor thing. He had the fight of his life. We had to feel our way to get him back to normal and it took a long time to go forwards as he was finicky on feed and he was scouring. That was interesting, to say the least. It took a long time. We tried natural yogurt and other things to try and help him with his tummy.”

Micronized sugar beet pulp, a specialised horse feed that is high in soluble fibre and low in sugar and starch, proved the key ingredient to getting the weight back on Ayrton.

“We were looking to bulk him up without putting the fizz into him and something kind and soft on his gut. We got there to an extent and just took out time with him and catered for his every need to get him back to good racing health.”

Patience from his syndicate of owners managed by Roll The Dice Racing also helped the process.

“The owners never pressured us with time and they wanted to get their horse to health and just rolled with it they were really good,” Dreschler continued.

Within a few months, the horse started to show signs of making a strong recovery.

“By week ten and 11 he was picking up and quite sparky. I went to feed him one day and he was squealing and bucking and standing up on his back legs and I said to Mick ‘that horse is ready to go back into work before he hurts himself.’ “

And so began his comeback to racing which got off to a successful start at the weekend. Dreschler, a keen equestrian rider in her spare time, was not at Caulfield on Saturday but recalls the moment he hit the line.

“I was showjumping at Wandin and I screamed the place down; I may or may not have shed a tear when he won. To see him fight back was really rewarding; he’s a little trooper.”

Ayrton’s winning return at Caulfield was impressive and he’s now headed for the Queensland winter racing carnival with the AD Hollindale Stakes (Gr 2, 1800m) on May 7 his next assignment.

Should he win, I dare say that a few more tears of joy will be shed.