Beatson revelling in Derby favourites as juvenile sales near 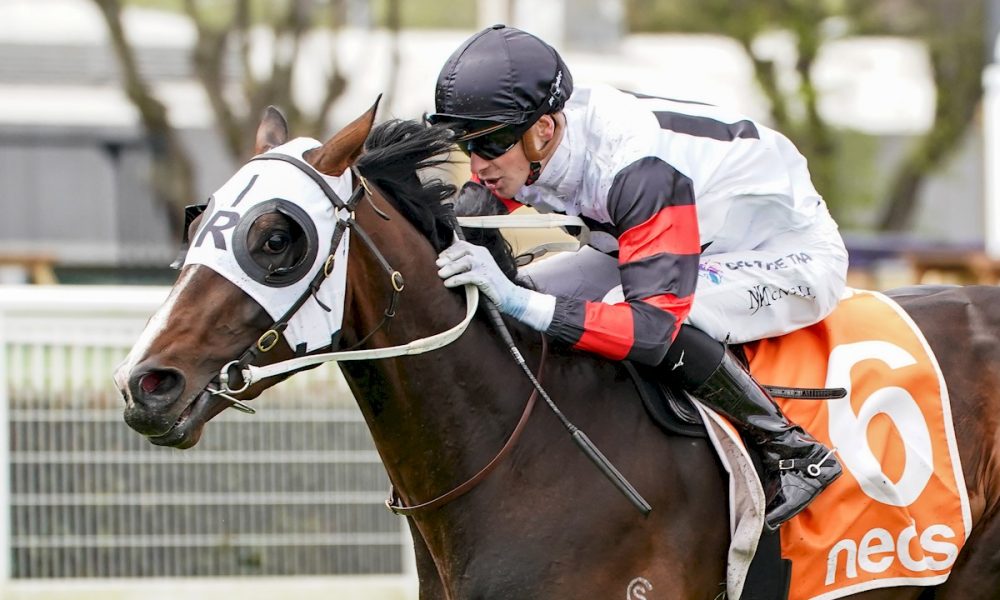 The recent emergence of both Gunstock and Stutt Stakes (Gr 2, 1600m) winner Forgot You, who surged home from the rear to finish sixth in the Caulfield Guineas (Gr 1, 1600m) last start, provides fresh spotlight on the upcoming juvenile sales which begin with Inglis’s delayed Warwick Farm sale just eight days from now.

“It’s pretty exciting really, they were both nice horses and standouts from the sale last year,” Beatson said to ANZ Bloodstock News yesterday.

“Gunstock was always going to get over a bit of ground, but he breezed up nicely last year, running 10.4 secs.”

“It’ll be an exciting race (the VRC Derby) to watch and hopefully one of them can come up with the goods.”

The Mick Price and Michael Kent Jnr-trained Gunstock, who with Saturday’s success became the 32nd individual stakes winner for his late sire Tavistock (Montjeu), was a $135,000 buy for Import Racing from the Ohukia Lodge consignment at last year’s Ready2Race sale, having been purchased by Beatson for $80,000 out of the Cambridge Stud draft at the NZB Karaka yearling sale.

The colt was making his fourth career start having only broken his maiden last month at Cranbourne, before running third behind Saturday’s runner-up El Patroness (Shamus Award) in the Super Impose Stakes (Listed, 1800m) on October 2.

Forgot You, meanwhile, is having his chance for a crack at the Cox Plate (Gr 1, 2040m) this weekend contemplated by trainers Trent Busuttin and Natalie Young, with the horse then taking his place in the Derby a week later, for which he is the current $4 favourite ahead of Gunstock at $4.50.

“The Derby is there regardless of which way we go,” co-trainer Natalie Young said. “But if he was to win a Cox Plate … nobody really wants to stand a Derby winner.

“We’re thinking about it and in discussions with the owners. The sensible thing to do would be to go to the Vase but it’s not every day you get a horse to run in a Cox Plate.”

Forgot You, who when sold for $330,000 was the fourth highest-priced two-year-old at last year’s Inglis sale, defeated Exford Plate (Listed, 1400m) winner Mr Mozart (Snitzel) to win the Stutt Stakes, while his running-on sixth in the Caulfield Guineas saw the Ozzie Kheir syndicate-owned colt compete with his generation’s best over a mile.

“Forgot You has come out and been pretty sharp, he’s always shown that speed early on and was a nice horse,” Beatson said.

“It’s good to see Trent doing so well over there, being from New Zealand. Australian racing is just so good at the moment. To get them over there racing is huge and getting them winning Group races is even better.”

Beatson under his Ohukia Lodge banner took a large consignment of 18 two-year-olds to last year’s Sydney sale, which in addition to Gunstock and Forgot You has yielded the Bjorn Baker-trained stakes-placed juvenile Akahata (Pins).

“We took a whole heap last year during Covid and Inglis have been pretty good to deal with. Covid has obviously made things more difficult this year, as we’re not able to get over there. But we’ve targeted six nice horses to bring over,” Beatson said.

“There are a couple of nice stayers who can do a Derby trip hopefully and then a couple of middle distance horses and a couple of sprinters.

“We target a bit of everything really, and just try to purchase nice horses that look like they’ll make a racehorse. We don’t specifically target stayers or sprinters, but we’ll go through and look at all the colts and a few fillies and we’re looking at ones that are real athletes.”

Among the Inglis consignment is a Written Tycoon (Iglesia) colt out of Racy (Exceed And Excel), an offering that lands in the precocious sprinter category, and won a Taupo trial on Friday over 800 metres in 48.57 secs, having breezed in 11.07 secs at Cambridge.

“We’ll probably breeze him up again as well but he’s a nice horse and will run early. He’s quite speedy and had been showing us lots at home and he won that trial quite nicely.”

Also among Beatson’s draft for the Inglis Ready2Race Sale is a Darci Brahma (Danehill) colt that breezed in 10.74 secs, while the ‘Derby’ horses by Savabeel (Zabeel) and Belardo (Lope De Vega), who is a half-brother to Group 1-winning champion stayer Glory Days (Red Giant), make up the six.

“It was a lot harder to buy this year with the strength of the market. We’ve managed to pick some nice horses that we quite liked and had a couple of weanlings as well to add to our consignment,” Beatson said.

Inglis took the decision to delay their breeze up sale, originally slated for October 12, by two weeks due to the prevailing Covid-induced restrictions at the time which saw much of NSW in lockdown.

With restrictions in NSW now, for the most part, having been lifted by new state premier Dominic Perrottet, Inglis’s general manager of marketing and bloodstock, Sebastian Hutch, said that the decision to delay appeared vindicated.

“We’ll be doing as much as we can to get as many people as we can either at the sale or engaged in the sale,” Hutch said to ANZ Bloodstock News yesterday.

“Our understanding at the time of announcing the delay to the sale, given our conversations with the relevant authorities, was that the delayed date would be more suited to conduct the sale and that’s how it’s looking like playing out. Conditions for getting people to the sale are far more favourable than what they were two weeks ago.

“Obviously, it also helps that in the last two weeks graduates have continued to come out and run well. Gunstock and Forgot You bring the number of stakes winners out of last year’s sale to four, which is fantastic, while Malkovich was just beaten in a Group 2 sprint on Saturday as well.

“We feel this catalogue is at least as strong if not stronger than last year.”

The alternate breeze up will take place at Warwick Farm on October 22 ahead of the sale itself next Tuesday, October 26. The full catalogue can be viewed here.