Black Caviar the greatest of them all 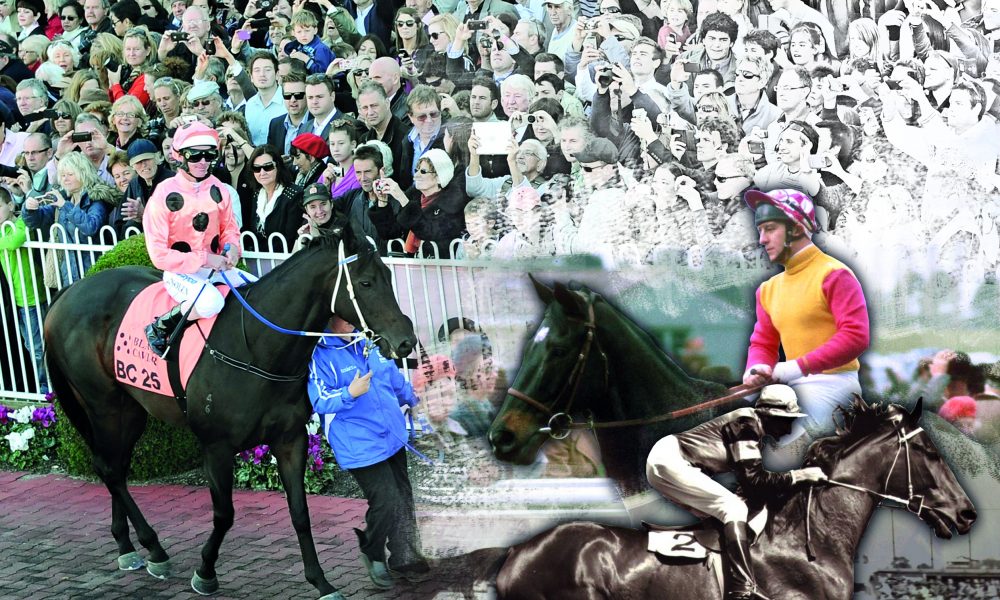 Black Caviar the greatest of them all – but Crisp or Rising Fast the most underrated?

Mainstream and social media is awash right now with “best of” lists from past players from a multitude of codes, from journalists and from punters near and far. This is no surprise as housebound fans seek to be amused.

So why not get in on the act, I thought? Just for fun…and perhaps for the feedback which I’m sure will be rife once we tweet the link to this.

Thus, I’ve produced my ever so slightly left field list of the top five horses to have competed in Australia in the post War era.

Freakish talent or a freakish performance was the key criterion above all else and I’ve made my best guess as to the likelihood that the horse would have excelled, despite the obvious and inherent subjectivity, in any era. Raw talent rather than times or margins or longevity or even winning streaks.

I am comfortable in declaring Black Caviar the best Australian horse of the era.

There has, by logical definition, never been a better performed horse (anywhere, let alone Australia) than Black Caviar. Unbeaten in 25 starts, all at a legitimate level of competition with all but her debut being in stakes races and the final 22 at either Group 1 or Group 2 level.

I have never seen another horse with her freakish stride which, again by definition, had her make ground quicker than any other horse I’ve seen and she did it – seemingly – effortlessly.

The references to the strength of her form are boundless, chiefly through Hay List and Buffering. Who could forget the Gr 1 T.J. Smith Stakes of 2011 when she gave Hay List four lengths start at the 300 metres and won by almost three lengths?

Black Caviar thrashed Hay List and Buffering in the 2012 Gr 1 Lightning Stakes and, in her absence three weeks later, they quinellaed the Gr 1 Newmarket Handicap – with a space to third.

Black Caviar went to Royal Ascot, wasn’t at her physical best and yet still beat Moonlight Cloud, who then won five Group 1 races including her next start (a Group 1) by five lengths.

It is, of course, well known that he conceded 23 pounds (almost 11 kilograms) to Red Rum (who would prove to be the greatest Grand National performer of all time, and the only horse to win three) when tragically beaten in the 1973 National at Aintree – a sporting calamity only rivalled by Jean van de Velde’s final hole capitulation in the 1999 Open Championship.

Crisp was largely responsible for setting a twenty seconds track record bettering pace. The Guardian, at the time, reported that: “although the prize had gone to Red Rum, the glory had gone to Crisp”.

Similarly well known is that jockey Richard Pitman has conceded that he made a mistake by drawing the whip on Crisp. “He jumped the second-last out of instinct, and went to the last, and now I can hear Red Rum coming. It was then that I made a mistake that will haunt me for the rest of my life.

“I thought, ‘I’ve got to wake the old boy up, get him out of his reverie.’ And I made a mistake that a boy starting out shouldn’t make, let alone a senior jockey. I picked the stick up in my right hand to give him a whack, but I had to go right-handed to get round the Elbow (the cross over on to the finishing straight). The instant I lifted my hand, he fell away left-handed. So, I quickly put the stick down, gathered the reins, and pulled him back.

“But I had to change his stride pattern, and he lost momentum,” Pitman has said previously.

Less known is that trainer Fred Winter said, immediately after the race, that he believed Crisp would have won had there been one more fence to negotiate.  The Sun quoted Winter: “If there had been another fence in the straight he would not have lost his concentration and I’m sure he would have won.”

Crisp won the Hiskens Steeplechase, then the Cox Plate of jumping, by 20 lengths and 12 lengths respectively in 1969 and 1970. He won by a street on debut in the UK, won the equivalent of a Queen Mother Chase at Cheltenham and trounced Red Rum when they met at level weights.

He won the Caulfield Cup, Cox Plate and Melbourne Cup treble in 1954. Plus the Turnbull, Caulfield Stakes, Mackinnon Stakes and the Fisher Plate

Then almost completed the famous Cups double again in 1955. He carried 63.5 kg in the Melbourne Cup and ran second to Toporoa who had just 48 kg. No protest was lodged but the winning rider Neville Sellwood was later suspended for two months for interfering with the run of Rising Fast.

The striking chestnut son of Wilkes won 12 of his 14 starts, finishing as runner up on the other two.. Set aside, for a moment, his remarkable two-year-old season which included a 4 length victory in the Golden Slipper Stakes and an astonishing ten length win in the Champagne Stakes.

Go straight to his three-year-old year. He won the Caulfield Guineas by three lengths and his only defeat, in the Moonee Valley (Stutt) Stakes, was behind Daryl’s Joy who then won the Cox Plate and the Victoria Derby. Then, during Cup week, he won the Craven ‘A’ Stakes by 12 lengths;  the VRC Linlithgow Stakes by six lengths and the George Adams Handicap carrying 4.5 kg above weight-for-age.

His jockey Pat Hyland, in 2010, said: ”I have no doubt that up to 1600 metres we haven’t seen one better than Vain. Black Caviar has an unblemished record and it speaks for itself but making comparisons is difficult but I still think he is the very best we have had in Australia.”

I’m not sure she competed through a golden era of weight-for-age racing but it would be churlish, and controversial just for the sake of being controversial, to exclude her given 33 straight wins including 25 at Gr 1 level. She was resolute, dominant and unyielding but – for me – not quite as freakish as Black Caviar.