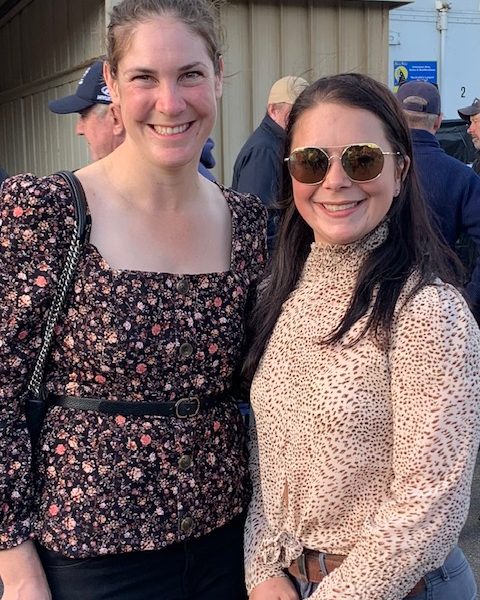 It would be gilding the lily to suggest that Hugh Bowman’s working holiday trek to the annual Warrnambool carnival has made it any grander.

However, the appearance of the man who is arguably Australia’s most decorated current jockey given his international success which complements a domestic Group 1 winners tally second only to Damien Oliver, is certainly an endorsement of the Warrnambool meeting which is more than just three days of racing which he has acknowledged.

“And now the time has finally come (to go to Warrnambool). I’m really looking forward to it. It’s more than just a race, it’s an event,” Bowman said in the lead-up to this year’s meeting.

Add a cameo from Chad Schofield, who’s also based in Sydney; the continued patronage of Gai Waterhouse and the growing number of interstate and international visitors and competitors and it’s clear the Bool has become more than a local event.

Not to mention that, yesterday, Northern Irish-woman Megan Dunseath became the first woman to ride a jumps winner at the Bool when successful on Lord Pierro in the opening race.

She moved to Australia three and a half years ago, was licensed to ride just nine months ago and this was only her fourth ride in a jumps race. The Belfast born Dunseath had not race ridden at home.

“Warrnambool is just amazing, I love it but it really hasn’t sunk in yet that I’ve ridden a winner,” said an overjoyed Dunseath some four hours after the race – which was about the time her family learned of her win, given the time difference. “They were still sound asleep when the race was on,” she said.

Will Gordon, from the south west of England, then won the second maiden hurdle aboard Count Zero for local trainer Symon Wilde whose parents Bill and Karen emigrated, from England, in 1976 and finished up in Warrnambool somewhat by mistake.

Gordon and Wilde also combined to win the feature Brierly Steeplechase with Vanguard after Wilde had won the second maiden hurdle with Rider In The Snow, for worldwide ownership operation OTI, with former kiwi Aaron Kuru aboard.

Wilde quinellaed two of the four jumps races and Mia Capo’s Flat maiden win meant that Wilde trained four of the first six winners before taking his tally to five with As I Please in the second last race.

Frenchman Selim Agbal also added to the cosmopolitan flavour when he had his first ride in Australia but without success.

All we need, now, I’d argue is Rachael Blackmore!

This remarkable jumps rider should surely be keenly courted given, you’d imagine, a likely availability if the Punchestown festival has concluded as was the case this year and most.

Blackmore, last year, rode Minella Times to victory in the Grand National at Aintree, becoming the first female jockey to win the race and was the leading rider at the Cheltenham Festival.

At Cheltenham, this year, she became the first female rider to win the Gold Cup and stretched her unbeaten partnership with the amazing mare Honeysuckle to 15 with victories at Cheltenham and Punchestown.

The Warrnambool Racing Club has made preliminary contact with Blackmore and the notion of her riding at the meeting is not necessarily fanciful.

It would be quite something to have Blackmore and Jamie Kah – arguably the world’s two best female riders if not best female performers of all sports – riding at the one meeting.

Hollie Doyle also rates highly in the above discussions, and despite her Aussie connection via husband Tom Marquand, it might be too much to lure her as the British Flat season is under way in earnest. Blackmore alone, however, would be a sufficient drawcard and generate world-wide publicity.

Blackmore rode Big Blue for Ciaron Maher and David Eustace at Naas in January 2020 so there’s a connection established. Big Blue is part-owned by Janice McKenna whose husband Colin, incidentally, played a key role in getting Bowman to Warrnambool.

Big Blue, who failed in his three starts in England and Ireland, returned to Australia and runs in today’s Galleywood Hurdle and will be partnered by Irishman William McCarthy who’s successfully plied his jumps riding trade in North America and, here, last season.

The significance of the meeting is not lost on any of  them. Jackson, after winning the 2020 Grand Annual on Ablaze, said: “I won the Grand National Hurdle, that was a big thrill. I won some nice races back home, but this is the pinnacle. This is the best.”

Tomorrow’s Grand Annual is not the world’s longest steeplechase but with 33 has the greatest number of obstacles or fences. It was first run in 1872. It’s not as old as Aintree’s Grand National (1839) but well and truly preceded the Cheltenham Gold Cup (1924) and began two years before the Czech Republic’s famous Velka Pardubicka.

The Warrnambool race of 5500 metres through open paddocks as well on the racecourse proper provides a great spectacle.

The action continues today with a mix of Flat and jumps racing at a venue which has been significantly upgraded and invites your attendance….if the weather holds!