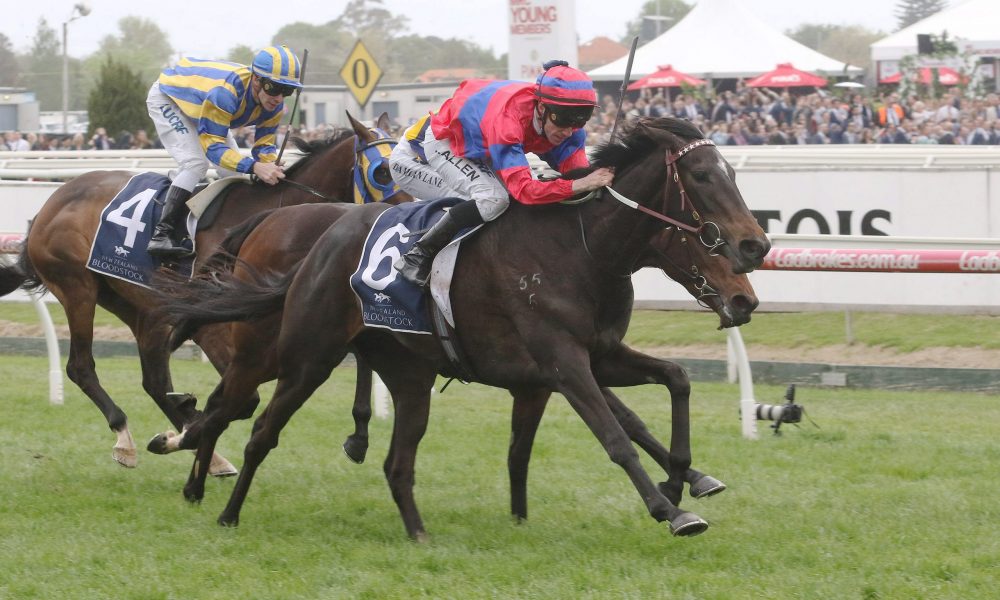 At 83 years young, Don Goodwin has only been at the thoroughbred breeding caper for the past 15 years and in that time has done what most can only ever dream of, producing multiple Group 1 winner Verry Elleegant (Zed) who is a leading contender for tomorrow’s Cox Plate (Gr 1, 2040m) at Moonee Valley.

“Some guys my age would have been breeding for 60 years and not ever achieved a horse like this and yet they have immense knowledge. I think there’s a fair bit of luck in it,” said a humble and philosophical Goodwin.

But while admitting luck unquestionably plays a part in many great outcomes in racing, the long-retired businessman offers some sage advice to fellow hobby breeders.

“You do need to follow your own thoughts on breeding. And you have got to be in a position to have the spare cash to do it. A lot of people with an interest in horses don’t have that.

“The big breeders dominate so the little guys have to pick a passage on where they are going and stick to it.”

The fairytale story behind Verry Elleegant has been well told since she started taking Australian racing by storm.

Goodwin bred her from Opulence (Danroad), a broodmare he purchased at the New Zealand Bloodstock Autumn Mixed Sale in 2011 for just $14,000.

Holding shares in a little-known stallion at the time, Zed (Zabeel), who he had raced with friends, Goodwin needed to find a suitable mare to send to him and so hand-picked her out of the catalogue.

“I thought here I have shares in a stallion and haven’t got a mare so went right through the catalogue and I selected Opulence out to buy. I thought that’s a mare that would match well with Zed.”

Opulence was in foal to Towkay (Last Tycoon) at the time and eventually delivered a filly which the mare’s original owners bought back as a weanling for $2,000 and raced as Black Lace with moderate success.

That cleared the way for Goodwin to send her Zed’s way. The first attempt didn’t end well with the premature birth of a filly that didn’t survive.

The following season there was another setback with the Zed plan. Opulence missed and while empty she fostered a foal.

Her second foal by Zed was a colt named Verry Flash who is still racing with success in New Zealand having won eight races in his career so far.

As they say, third time lucky, and after him along came Verry Elleegant.  Nine Group 1 wins and $9.3 million in prize-money later, she’s rightly earned champion status.

The clear message in Verry Elleegant’s success story is sticking to what one believes in. Since Goodwin has owned the now 16-year-old mare Opulence, he has bred her to Zed every single season, bar one when he opted for Haradasun (Fusaichi Pegasus).

“I don’t know if they are getting sick of each other yet?” he laughed.

“I have never understood why if people have a good mare they go to all different stallions when the first one turns out to be really good. You don’t change your tactics halfway through if you are in front,” he added.

Tracing through Verry Elleegant’s rich pedigree, it’s obvious she’s no fluke with blue-hen mare Eight Carat (Pieces of Eight ex Klairessa) appearing on both sides, in a 5×5 cross which is extremely rare in this part of the world.

“You don’t see many horses that come out of the blue with nothing on either side or from the background,” Goodwin continued.

“The breeding is there with her. You can’t get a hell of a lot better I wouldn’t think.”

Like any breeder in their right mind would, Goodwin is hoping that the pairing of Opulence and Zed might produce another superstar, and that dream looked like it might have been realised until tragedy struck earlier this year.

“In July we lost a very good colt full brother to Verry Elleegant who broke a leg in a paddock accident and had to be put down.”

Goodwin has dusted himself off since that disappointment and put Opulence back in foal to Zed again this year.

“Having shares in Zed and not having to pay anything for a service helps.”

Goodwin clearly hasn’t lost any of his good humour since being stuck in lockdown in Auckland and said Verry Elleegant has given him and his long-time partner Christina Guy plenty of enjoyment.

“She’s kept Christina and I going big time with this bloody Covid and lockdown.”

His wall at home is adorned with photos of the mare’s Australian Oaks (Gr 1, 2400m) and Caulfield Cup (Gr 1, 2400m) wins and he’s hoping that after tomorrow he might be able to add a Cox Plate winning memory to the collection.

Thanks to restrictions, one thing he won’t be doing is going to his favourite wine bar 50 metres down the road from his home for a celebratory drink if she does win.

“You are allowed to drink at home. If she wins the Cox Plate I will be smacking a few champagnes down. In fact, I will have champagne even if we don’t win. It’s an amazing journey just to have made it there.”