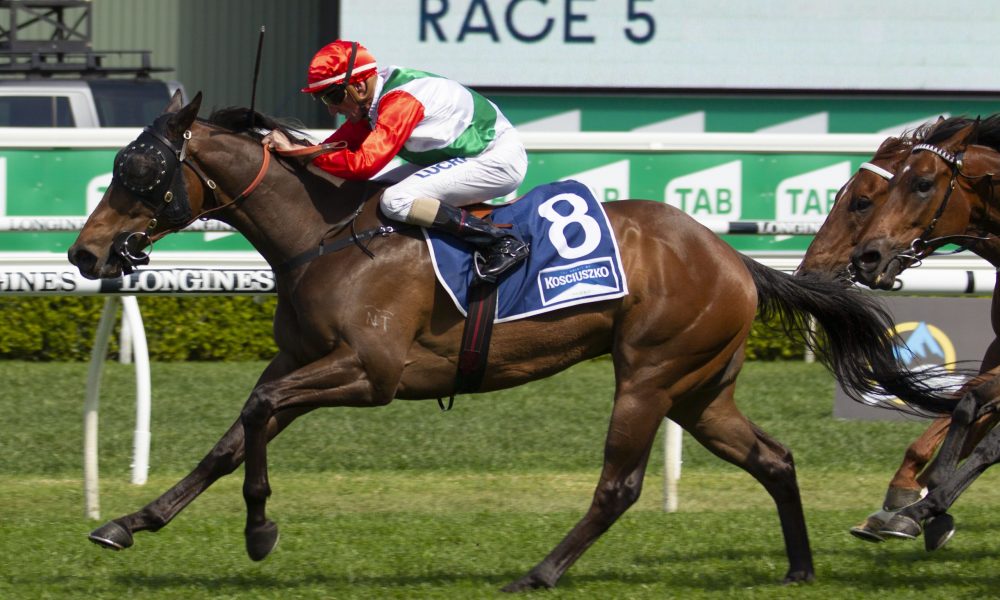 In the first piece of a new series on breeding to race, Jo McKinnon looks at the impact of today’s Kosciuszko at Randwick, which features nine homebreds in the $1.3 million contest

There can be no greater thrill than winning a race with a horse you own but victory always tastes that little bit sweeter when it’s one you have bred yourself as Laurel Oak Bloodstock principal Louis Mihalyka can well attest.

Mihalyka has bred and raced numerous high-class horses over the years in Australia with Handle the Truth (Star Witness), the raging favourite in The Kosciuszko (1200m) at Randwick today, the latest of them.

“At the end of the day, you love racing good horses, and the satisfaction, if it’s one you bred, is a bit like watching your kid play well at sport because you have had a hand in the breeding.

“There’s a bit of extra something about it, you get a little burst of pride,” said Mihalyka.

Handle the Truth, has won the popular syndicator and his band of 26 owners nine races from 31 starts and earned more than $1.3 million in prize–money for them.

Under the guidance of astute Canberra-based trainer Keith Dryden, Handle the Truth won the second running of The Kosciuszko in 2019 and also ran fourth in the race last year.

Winning Canberra’s National Sprint (Listed, 1400m) in March this year also rates as one of the six-year-old gelding’s most notable achievements on the track so far.

Mihalyka, who also bred and raced dual Group 1–winning sprinter Rebel Dane (California Dane), places Handle the Truth right up there as one of the best horses he’s ever plotted the production of.

“We have a very good strike–rate at that and this one would be the second-best behind Rebel Dane that we have ever had,” he said.

Handle the Truth, whose clever name comes from the famous line delivered by Jack Nicholson in the courtroom scene of the hit 1992 movie A Few Good Men, is the second foal out of Bernadini (A.P. Indy) mare, Assertively.

Trained by Joe Pride, after just three lacklustre starts she was retired as a maiden.

“We had this very good looking filly by Bernadini but she was dead slow so I decided to keep her for one particular mating to Star Witness because it in-breeds to Audrey Joan,” Mihalyka continued.

Assertively’s first foal, also by Star Witness, enjoyed a far less illustrious career, having failed x-rays as a yearling before being sold at the Inglis Scone Sale for just $2,000.

That outcome never deterred Mihalyka who was convinced the cross would eventually deliver something special.

“Anytime you can get Prego and Lion Hunter in a pedigree it will work well.”

Eventually, along came Handle the Truth to prove the theory.

“Handle the Truth pedigree wise was very low key but it was a special mating we wanted to try.

“We got lucky in the middle. He had clean x-rays and we put a syndicate together and earmarked him for Keith (Dryden).”

Handle the Truth’s journey didn’t get off to the most positive of starts. As a fresh, wayward youngster he decided to take off after track work one morning. He scaled a fence in a bold attempt to take himself back to the stables and in doing so threw jockey Brendan Ward, who suffered a broken pelvis, and was sidelined for three months.

Selling down shares in him also proved challenging in those early days.

“We had terrible trouble selling shares in him but when he had his first jump–out suddenly the word got out around Canberra and a lot of Keith’s clients and people I told jumped in straight away and he was filled within a day after that,”  Mihalyka explained. “From the time he went racing, he was always talented.”

Today, Handle the Truth will line up for the third time in The Kosciuszko. This year he was the first horse selected by slot holders and he’s been a pre-post favourite for the race for more than a month.

Not only will he be a great flag bearer for the Laurel Oak brand at Randwick today, but he’s also an inspiring story for those that opt to breed to race.

With increasingly exorbitant prices being fetched for yearlings these days, Mihalyka believes taking this type of long-game approach to getting a racehorse will become more common.

“It’s become a necessity because sales have become so difficult,” he said. “The rise and rise of the prices at the sales keep going unabated.”

Handle the Truth is one of nine home-bred horses that will line up in The Kosciusko this year with the others being Art Cadeau (Artie Schiller), Ice In Vancouver (Vancouver), Island Bay Boy (All Too Hard), Nadaraja (Redoute’s Choice), Mr Hussill (Husson), Ceasefire (Panzer Division),  Patino Ruby (More Than Ready) and Sunrise Ruby (Casino Prince).

Melbourne-based lawyer Susan Zeitz, who is the brains behind the creation of talented Albury–trained mare Sunrise Ruby, says it’s these types of horses and their stories that will inspire owners who breed to race.

“It gives hope to the people that have been trying, or all of us really.

“Who would have thought that when Sunrise Ruby went up to Mitch Beer as a two-year-old that we would be here in The Kosciuszko in only her second prep?” said Zeitz.

While Sunrise Ruby has been somewhat of an overnight success, her breeder and part-owner hasn’t. She’s been breeding thoroughbreds for 15 years.

“I started by accident as we all do,” she said.

“I inherited a mare from a friend and went down the slippery slope of being obsessed.Ten years ago I thought I would try and get more serious and breed better quality.

“It’s really hard to get horses into the sales so I decided to breed to race.”

Zeitz is a self-taught pedigree buff and ferociously studies genetics.

“I read the Ken McLean books from cover to cover and read what Tesio did and read all the books I can get hold of,” she continued.

“I love working out what bloodlines I think might work and then I will ask other people. I have some rigorous debates with friends about stallions. I like to start with proven stallions.”

So far, the most successful mating outcome for her mare Scarletta (Distant Music), who she plucked out of the Inglis Melbourne August Thoroughbred Sale for $25,000, has been the exciting filly Sunrise Ruby.

“Casino Prince was a no-brainer and I always believed in the dam.”

Scarletta’s grandam is the blue hen Scandinavia (Snippets) also the grand-dam of the legendary Black Caviar (Bel Esprit) and so hailing from that family it’s probably no surprise that Sunrise Ruby possesses above-average talent.

Zeitz couldn’t be prouder of the mare who has now won four of her six race starts.

“It’s as much about saying that’s a horse I bred and it’s competing at that level.” she said. “I’m just proud she’s got that far and the mere fact she’s been picked by someone with a slot is a huge plus. If she places or better I will be thrilled beyond belief.

“It would be amazing, it would feel like a vindication of the breeding plan.”