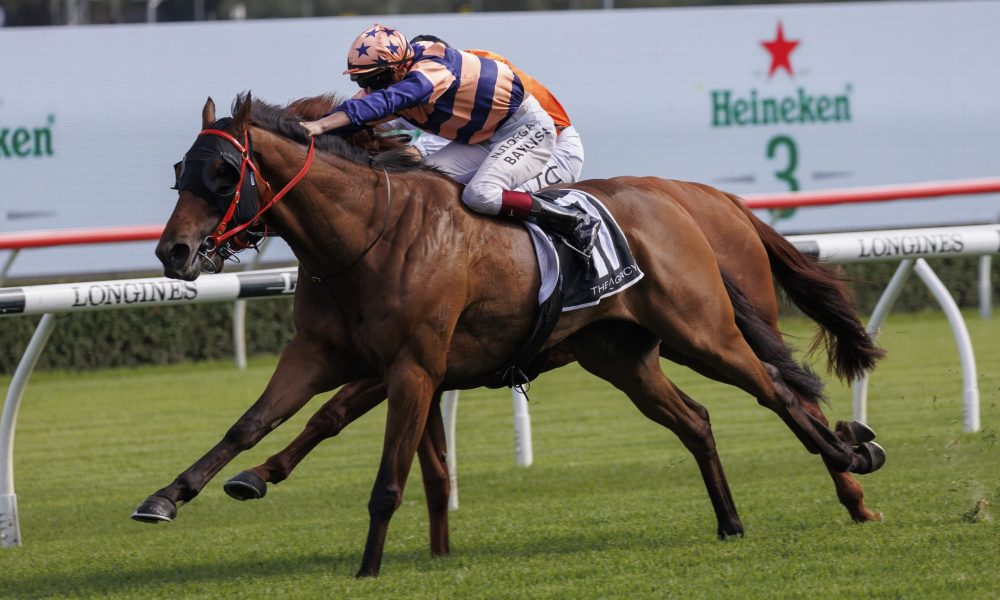 Man plans and God laughs, and sometimes you have to laugh along with him, though perhaps not if you’re writing the cheques.

She was from a family who, when it came to black-type, was decidedly faint. Two Listed winners had descended from her second dam, My Dear Rebecca (Sir Tristram). If you went back to third dam Emotional (Sensitive Prince), you could find she left a fill who had a top-level winner in St Clemens Belle (Don’t Say Halo) (though even then that was the worst-named Group 1 in history, Perth’s Fruit ’N’ Veg Stakes, now mercifully the Kingston Town Classic (Gr 1, 1800m).

Still, things had started out promisingly for Star Salute. Trained by Peter Moody, she’d won three of her first four, one at Sandown, before a Listed second at Flemington. But she placed only twice more in 10 starts, before being retired to begin life as a broodmare.

After throwing a Stratum (Redoute’s Choice) filly first-up (last seen running around in Darwin as Plenary), when sold by Widden she was in foal to their former Cox Plate (Gr 1, 2400m)-winning stallion, Shamus Award (Snitzel).

“Physically they matched up well, as we wanted to put a bit more size into Shamus Award, a bit more muscle, and the mare was good for that,” says Widden’s Antony Thompson.

In any case, the impending foal, like the shortage of familial black-type, mattered little to Sir Owen and his Go Bloodstock operation. As it was for Widden in putting Star Salute to Shamus Award, the main allure was in her speed machine sire. Sir Owen was after a General Nediym mare to help launch the stud career of his quadruple Group 1 winner, Criterion (Sebring).

Star Salute had her Shamus Award foal, a colt, and then duly went to Criterion.

And then, everything went south.

It was hoped Criterion would be the next big thing at stud, but then his other big thing proved mainly decorative. He sired 14 live foals from 71 goes as his chronic infertility emerged. Star Salute was one of the many who missed to him in the first of his only three seasons.

Meanwhile, her Shamus Award colt had grown, but not much. Go Bloodstock offered him as a weanling in 2017, but he failed to fetch the $40,000 reserve.

Out of fashion after five seasons, he covered just 84 mares at a slashed fee of $11,000 (inc GST) in 2018. He did have one on the ground named Incentivise, but he was only two, and two years off racing. Widden was about to ship the son of Snitzel (Redoute’s Choice) to Victoria’s Rosemont Stud.

Around this time trainer Joe Pride walks onto the stage – of a breeding saga by now winning no rave reviews really – pulls out forty grand and nabs the Shamus Award-Star Salute colt at the Inglis Classic Yearling Sale.

“I don’t think I had much competition,” Pride tells It’s In The Blood. “Think I got him with two bids.”

It turned out Pride – in a good turn as the Artful Dodger – stole the show.

A later bloomer than many peers, he’s still only a $51 chance for that Group 1, but with more maturation expected through the current spell he’s earned so well, that might well represent overs as stark as the unders Pride paid in the sale ring.

“He was a very immature looking yearling, and I can see why he didn’t make a lot of money,” Pride says. “Just a leggy little colt, who looked like he was going to take plenty of time. They’re not that popular, but I don’t mind them, because I very rarely race them too much at two anyway.

“Plus, Shamus Award was a bit on the nose, he hadn’t done much with his early crops, and it was probably just nice timing for us.

“He didn’t set the place alight early on but he was always pleasing us, and there was always good reports back from his riders.

“And I think he should keep improving. He’s come back heavier and stronger this preparation, and the big ace up his sleeve is he can handle wet tracks,” he says of the bay who’s won four on soft and two on heavy.

“Those sort of horses tend to hang around for a while because there are races that present themselves because other horses can’t handle the tracks and they can. He’s a sound horse who’s been looked after, so I can see him racing till he’s seven or eight.”

If Pride has spun gold from some of the circumstance of late last decade, then Rosemont is parlaying some outrageous fortune.

A few months after they welcomed Shamus Award, he had his first Group 1 winner through Mr Quickie’s Queensland Derby (Gr 1, 2400m), which helped raise his service fee to $19,000 (inc GST) last year. Media Award’s Australasian Oaks (Gr 1, 2000m) win last autumn pushed it to $33,000 (inc GST) for this year, while the astonishing rise of Incentivise – and a fourth top-flight winner courtesy of Queensland Oaks (Gr 1, 2400m) star Duais – are certain to trigger a further increase for 2022.

Duais helped Shamus Award to tenth among three-year-old sires last season. He was 13th on the general list, thanks mainly to Mr Quickie and the switch to shorter trips which brought his Toorak Handicap (Gr 1, 1600m) success. And he’s second on this season’s general list, with stayer Incentivise shouting his name, supported by Brutality (who with Mr Quickie has helped make General Nediym the 11-year-old stallion’s second-best cross).

With a burgeoning reputation as an improver of mares, Shamus Award is about to complete his first book of 200 covers this season, well past his 2020 record of 177. It’s a delayed programme owing to a ten-day break last month after a most unfortunate injury – a flying hoof from an unreceptive mare causing a cut on the penis.

“We were a little concerned we might lose a few bookings but everyone was smart enough to realise they’re not getting him for thirty grand next year, so they’ve held over. They know they’re getting a top five general list sire for that price, with a seven per cent stakes winners to runners ratio,” says Rosemont principal Anthony Mithen, naturally bubbling over what’s transpiring for the stud’s star attraction.

“We were lucky to get him initially. His popularity had waned (at Widden). There were a few new kids on the block, and he got left behind a bit.

“But it’s great to see a horse regenerate and be ensconced in Victoria and adding to a burgeoning market in Victoria. We’ve got a good bit of energy at the moment.”

With stayers, milers, and sprinters in the twice Group 1-placed Swats That and the unbeaten Kosciusko (1200m) winner It’s Me, Shamus Award incentivises buyers in a different way, Mithen says.

“It can be a bit confusing, because he’s so versatile,” he says, “but that’s also the exciting thing: when trainers buy them, and owners have them, the tantalising fact is you’re not entirely sure what you’ve got – sprinter, miler, or more classic distance.

“They’re the type of sires that are breed-shapers because they’re going to have an influence across different genres of racing.

“The quality of his mares has gone up, and I think the market will see a better pedigreed and a better type of yearling at sales ahead, and our Magic Millions draft is evidence of that.”

Meanwhile, there’s one more person counting their luck from the Brutality story. As Go Bloodstock sold its Criterion-intended mares, Queensland property developer and hobby breeder Ross McMillan lobbed at the Inglis Australian Broodmare Sale last year and bought Star Salute for – that number again – $40,000. It now seems as cheap as the matching sum Pride paid for Brutality, especially as she was in foal to the now-promising first-season sire Russian Revolution (Snitzel).

McMillan’s interest stemmed from his part-ownership of the filly Star Salute had after Brutality, Peggy Selene (Rubick), a dual Melbourne winner for Ciaron Maher and David Eustace before going to stud this year.

McMillan is now sitting on the dam of a Group 2 winner, and will offer Brutality’s half-brother, by Russian Revolution, at Inglis Classic Yearling Sale in February.

“I guess you’ve just got to be in the right place at the right time,” McMillan, 67, says. “I knew Peggy Selene could run and so I was very happy to get Star Salute.”

The 13-year-old mare now has a filly at foot by The Autumn Sun (Redoute’s Choice), is in foal to that sire again, but next year will be going south, to visit Shamus Award for a second time.

Trevor Marshallsea is the best-selling author of books on Makybe Diva, Winx, and Peter Moody