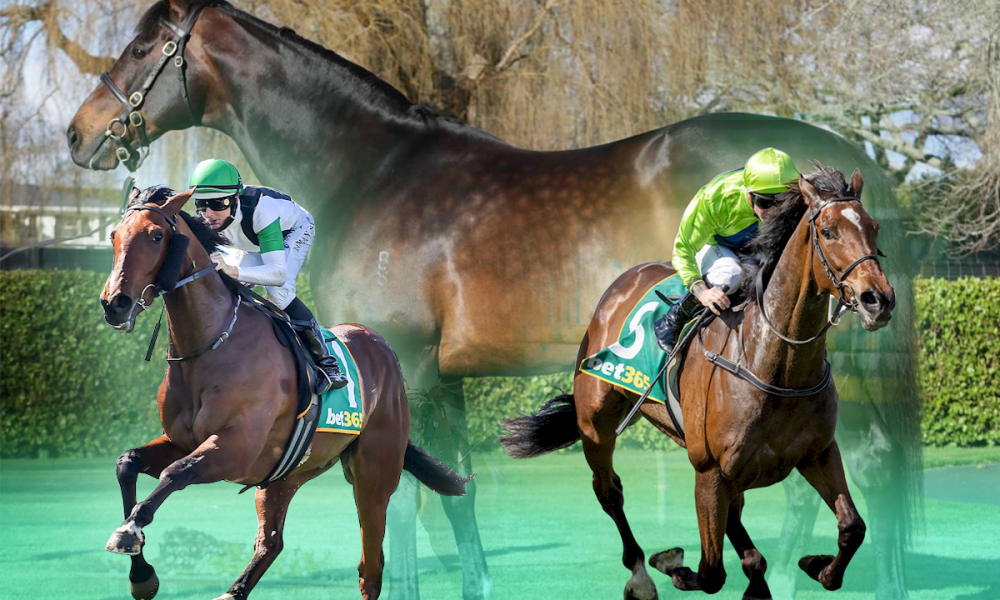 The loss of stallion Tavistock (Montjeu) as a source of talented middle-distance horses was once again accentuated at Geelong yesterday with the late Cambridge Stud sire producing a legitimate Melbourne Cup (Gr 1, 3200m) contender in the form of Tralee Rose and a top VRC Derby (Gr 1, 2500m) hopeful in Tutukaka.

Trainer Symon Wilde’s dream of winning the Melbourne Cup is certainly alive following a tough staying performance in the Geelong Cup (Gr 2, 2400m) from Tralee Rose, while New Zealand trainer Tony Pike has his sights set on Saturday week’s Derby with Tutukaka after the gelding’s impressive win in the Geelong Classic (Listed, 2200m).

For Wilde, the victory meant he was one step closer to achieving his lifelong ambition of winning the Melbourne Cup.

“It is dawning on us now that we’ve got a genuine live hope in the Melbourne Cup. She’s a horse that we found in New Zealand as a yearling,” Wilde said post-race.

“You look at them and think ‘can this be the one?’. She had her first start here at Geelong and to be coming back a bit over 12 months and win the Geelong Cup and, being a live hope in the Melbourne Cup if we can get her there in one piece, it’s what you dream of.”

Jockey Dean Holland took an inside run on Tralee Rose when leader Knights Order (So You Think) rolled off the fence before the home turn but was soon challenged by Dr Drill (Dansili).

The two went head-to-head in the straight but it was Tralee Rose, placed in the Heatherlie Handicap (Listed, 1700m), Naturalism Stakes (Gr 3, 2000m) and the Bart Cummings (Gr 3, 2520m) in her first three starts of her spring campaign, who proved the superior stayer to win by half a length.

Dr Drill had three lengths to spare over a closing Hasta La War (Declaration Of War) who finished third.

“I don’t think Dean had too many options other than to go to the fence. I hoped that she’d be off the fence and she’d be able to get rolling, but with all the horses staying one or two off it, it provided a perfect passage,” Wilde said.

“She got a lovely run. I thought she was there to be beaten and she toughed it out. From a Melbourne Cup point-of-view it was very pleasing.

“All the work is done. We were grappling whether to run or not and I’m glad we did. It will top her off beautifully. It’s not like she’s falling in, she’s getting stronger as the races go on late. She had the other horses’ measure, I think.”

Tralee Rose won three straight last spring, including a victory on Oaks Day at Flemington prior to taking out the Bagot Handicap (Listed, 2800m) on New Year’s Day and Holland has no qualms about the mare coping with the 3200-metre trip on Tuesday week at Flemington.

“The hardest part of my job was pulling her up and that’s a good sign going into the Melbourne Cup,” he said.

Racing Victoria chief handicapper Greg Carpenter must now decide whether to penalise Tralee Rose for her Geelong Cup win. She currently has 51 kilograms in the Melbourne Cup, but after King Of Leogrance (Camelot) and Dawn Patrol (Galileo) were scratched from the race yesterday, the mare is assured of a start in the $7.75 million race on November 2.

Tralee Rose (5 m Tavistock – Star Of Tralee, by Zabeel) was purchased by agent Cameron Cooke for NZ$50,000 from the Cambridge Stud draft at the 2018 New Zealand Bloodstock Karaka Yearling Sale and she has won six of her 15 starts with a further six placings for prize-money earnings of $744,000.

The five-year-old is out of the stakes-placed Zabeel (Sir Tristram) mare Star Of Tralee and she is herself a half-sister to 2005 VRC Oaks (Gr 1, 2500m) winner Serenade Rose (Stravinsky) – the grandam of high-class dual Group 1-winning sprinter Trekking (Street Cry).

Star Of Tralee has a yearling colt by Russian Revolution (Snitzel) who will be offered by Cambridge Stud at the 2022 NZB Karaka Yearling Sale and she is currently in foal to Kermadec (Teofilo).

Tutukaka gets Classic win on way to the Derby

Earlier in the afternoon, Meleka Belle (Iffraaj) once again showed her outstanding abilities as a broodmare when her son, Tutukaka, produced a strong staying performance in the Geelong Classic.

In winning yesterday’s race, Tutukaka added a second Listed victory to his record and he will now look to claim his first win at Group 1 level when he tackles the VRC Derby (Gr 1, 2500m) at Flemington a week on Saturday.

Tutukaka, trained at Cambridge by Tony Pike but currently being looked after on his behalf by Tony Noonan at Mornington, proved the strongest stayer in the Geelong Classic. Another key Derby lead-up race will be run on Saturday, the Moonee Valley Vase (Gr 2, 2040m).

Grinzinger King (Domesday), a brother to 2018 Victoria Derby winner Extra Brut, established a big lead early in the race to set a strong tempo, but he was unable to sustain it in the home straight, setting it up for the closers.

The Marie Leicester-bred Tutukaka, who won the Tattersall’s Life Member Stakes (Listed, 1830m) at Eagle Farm in June during a Queensland campaign, ran home best to score by three-quarters of a length over the Godolphin homebred Character (Teofilo).

Phere The Ex (Exosphere) was another two and a half lengths away in third.

“He led up at a strong tempo with the blinkers and he was still a bit fresh last start. That run really brought him on,” Tutukaka’s jockey Damian Lane said.

“Credit to Tony Pike, he’s such a good trainer of these young stayers. Big thanks to Tony Noonan and his staff that are looking after him. He was really good today.

“I didn’t think there’d be much tempo on paper and lucky for us it worked out that there was strong tempo and that was always going to suit this horse – a genuinely run 2200 metres. He was obviously strongest late.

“He’s a tough horse who has always shown he’ll want a trip so hopefully in ten days’ time he’ll be right there.”

Tutukaka (3 g Tavistock – Meleka Belle by Iffraaj) was purchased by his trainer for NZ$250,000 at last year’s New Zealand Bloodstock Karaka National Yearling Sale and he and the aforementioned Melody Belle are joined by Exaltation (Not A Single Doubt) as Meleka Belle’s other winner.

There will be four two-year-olds on offer at next week’s Inglis Ready2Race Sale by Tavistock and another four by the sire at next month’s NZB Ready to Run Sale.

Tavistock, who has sired 32 stakes winners, including Group 1 winner and now Westbury Stud-based sire Tarzino, died at Cambridge Stud in late 2019 after complications from a paddock accident suffered in October of that year.

He has 47 last crop foals of which many will be offered at the New Zealand and Australian yearling sales next year.