Chrono Genesis ticks the Arc boxes for Murphy and Saito 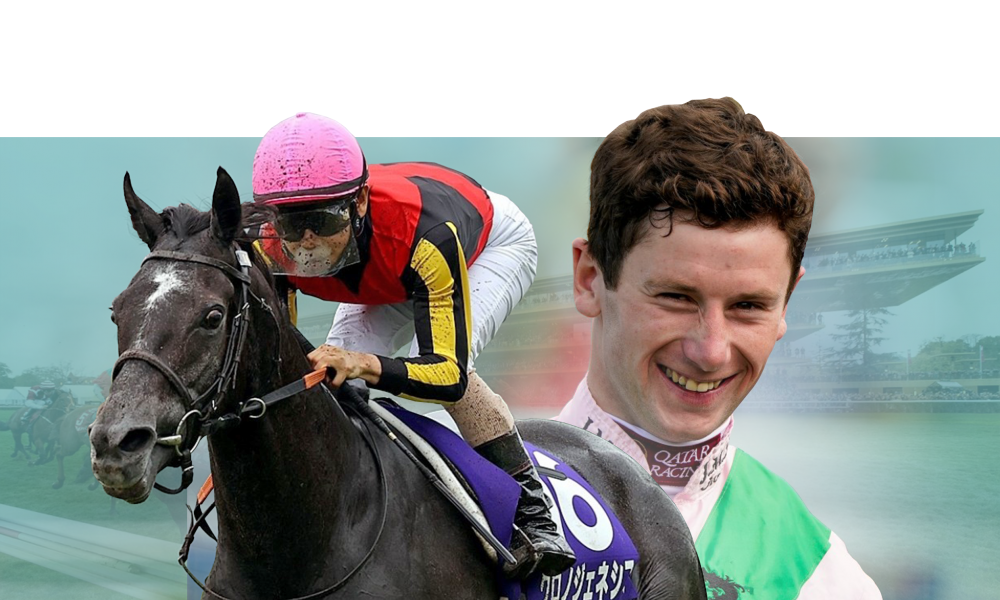 Oisín Murphy is confident that Chrono Genesis (Bago), the mare he considers to be “the best middle-distance horse in Japan,” has the attributes needed to rattle the Europeans in Sunday’s Prix de l’Arc de Triomphe (Gr 1, 2400m) at Longchamp.

The five-year-old’s trainer Takashi Saito shares his big-race jockey’s positivity and told Asia Bloodstock News via a JRA translator that Chrono Genesis’ condition since she arrived in France on Saturday is as good as if she was at home in Japan.

Murphy will find out what that feels like for the first time this morning when he gets the leg-up for a planned gallop through Chantilly’s verdant environs. But the rider is already well-acquainted with his mount thanks to a close encounter at Meydan in March when Mishriff (Make Believe) edged past the battling mare and her compatriot Loves Only You (Deep Impact) to capture the Dubai Sheema Classic (Gr 1, 2410m).

The Irishman partnered the opposing Loves Only You on that occasion. Britain’s champion jockey had an unhindered view of Chrono Genesis’s tail until straightening out of the home bend when he took his chance and slipped inside the dark grey galloper; but, with his route blocked, the rider angled out and pushed Loves Only you through a needle-eye gap, a move that brought the two mares cheek-to-cheek and nudged Chrono Genesis off-balance into a wider alley.

Murphy seized the advantage and drove Loves Only You a neck to the good but Chrono Genesis, unintimidated by her rival’s close attention in that jostling home run, rallied to the line under her regular partner Yuichi Kitamura and claimed second spot by a neck. That thrilling, gutsy encounter, allied to her tremendous record on home soil, impressed Murphy.

“She showed that she’s got a lot of pace, she travels and she can sit anywhere. She has a good turn of foot and this is the right race,” Murphy told this publication, adding that he had no hesitation in accepting the Arc ride as far out as July.

“I was very keen to nail down the ride and commit to it. It’s been my dream to ride a Japanese horse in this race and it’s one of the toughest races but I’m really looking forward to it.”

“I have great faith in Oisín and his riding ability,” Saito said. “He is one of Europe’s top jockeys but also has a deep understanding for Japanese racing.”

Kitamura’s association with Chrono Genesis has been fruitful, delivering Grade 1 wins in the 2019 Shuka Sho (Gr 1, 2000m), the fillies’ final Classic, as well as a pair of Grand Prix wins last year in the Takarazuka Kinen (Gr 1, 2200m) and the great end-of-season showpiece, the Arima Kinen (Gr 1, 2500m).

His misfortune saw the reins go to Christophe Lemaire in June for Chrono Genesis’s dominant performance in winning a second Takarazuka Kinen – her fourth Grade 1 triumph – before the complexities of Covid-19 travel protocols on top of domestic commitments saw Lemaire pass them on to Murphy for duties in France.

“Yuichi and Christophe both say how straightforward she is and how hard she tries so I think it’s not a complicated situation,” continued Murphy, for whom Chrono Genesis will be a first ride in Europe’s premier autumn contest.

Big field encounters are meat and drink to Chrono Genesis with eight of her 15 races having drawn between 16 and 18 runners. This year’s Arc field will likely not have more than 16 runners, and, while jockeys allow each other more space to work in Japan, Murphy looks back to Dubai again for confidence that she has the grit to go with her class should things get rough.

“She’ll be fine, we’ve seen how tough she is,” he said. “She’s run in big fields in her life: I don’t think the Arc field is going to be massive and I don’t think there’ll be any ordinary horses that don’t really belong in the race, so hopefully it’ll be a pretty easy race, tactically.”

The line-up does look strong though with 14 acceptors at Monday’s forfeit stage including Hurricane Lane (Frankel), Love (Galileo) and Tarnawa (Shamardal), with Adayar (Frankel) and Snowfall (Deep Impact) expected to be supplemented today.

Saito believes in Chrono Genesis’s ability and strength of character to handle the weekend’s test, which has so far proved to be beyond any Japanese runner, including El Condor Pasa (Kingmambo), so brave when run down by Montjeu (Sadler’s Wells) in 1999, the great Deep Impact (Sunday Silence), third past the post in 2006, and the brilliant yet enigmatic Orfevre (Stay Gold) who somehow failed to win when a close second in 2012.

The handler is also unfazed by the prospect of softening ground with rain forecast to fall on Paris at the weekend.

“She always runs hard regardless of ground conditions. I am sure she will race as well at Longchamp as she always does and I think she is well suited on soft turf,” Saito said.

All bar one of the five-year-old’s races have been run on good or firm going, with the exception being her Classic victory on yielding ground. But connections can take further confidence from her sire.

Bago won the 2004 Arc on ground rated good but he also posted a pair of Group 1 wins on very soft going, as an autumn juvenile and again in the spring of his four-year-old season. The Niarchos family homebred stood his first season as a sire in Japan in 2005 and has had 258 winners there since then from 452 starters.

Meanwhile, Chrono Genesis’s maternal line has been in Japan since the mid-1990s when her third dam, Rustic Belle (Mr Prospector), a half-sister to US Grade 2 winner Entitled To (Golden Act), from a Grade 1 winner-producing family, was exported from France with a minor 2000-metre win under her belt. The mare was bred by the late John C. Mabee’s Golden Eagle Farm in California and had sold to Sheikh Mohammed’s Darley for US$385,000 at the Del Mar Summer Invitational yearling sale in 1991.

After her relocation to the Northern Racing broodmare band, Rustic Belle produced eight winners from nine foals to race, including the stakes-winning Fusaichi Airedale (Sunday Silence) who was in turn the dam of the champion juvenile Fusaichi Richard (Kurofune) and fellow stakes winner Lailaps (French Deputy).

In 1997 Rustic Belle foaled a year-younger full-sister to Fusaichi Airedale named In This Unison (Sunday Silence), who in turn produced Chrono Genesis’s dam Chronologist (Kurofune), a minor 1700-metre winner in Japan. Chronologist has proven to be an outstanding broodmare with another of her daughters, Normcore (Harbinger), having landed the 2019 Victoria Mile (Gr 1, 1600m) and last December’s Hong Kong Cup (Gr 1, 2000m).

Saito has plotted the route to Paris carefully since the decision was made last December to take aim at a race that has so far eluded some of Japan’s greatest champions: an overseas dress rehearsal of sorts in Dubai, a mid-season romp at Hanshin and then straight to the Bois de Boulogne off a 98-day break. Saito has taken note of past raids, and, while fellow Japanese challenger Deep Bond (Kizuna) stepped out to land the Prix Foy (Gr 2, 2400m) earlier in the month, he is content to have opted for a more direct approach.

“I wanted to avoid having a tight interval between the races,” Saito said. “I judged it would be the best option for her to travel to France just before the race. That’s the case when European horses go to the US, isn’t it? So I don’t think our plan is unusual.”

The trainer confirmed that the hope beyond Sunday would be an attempt at a second Arima Kinen win before retirement.