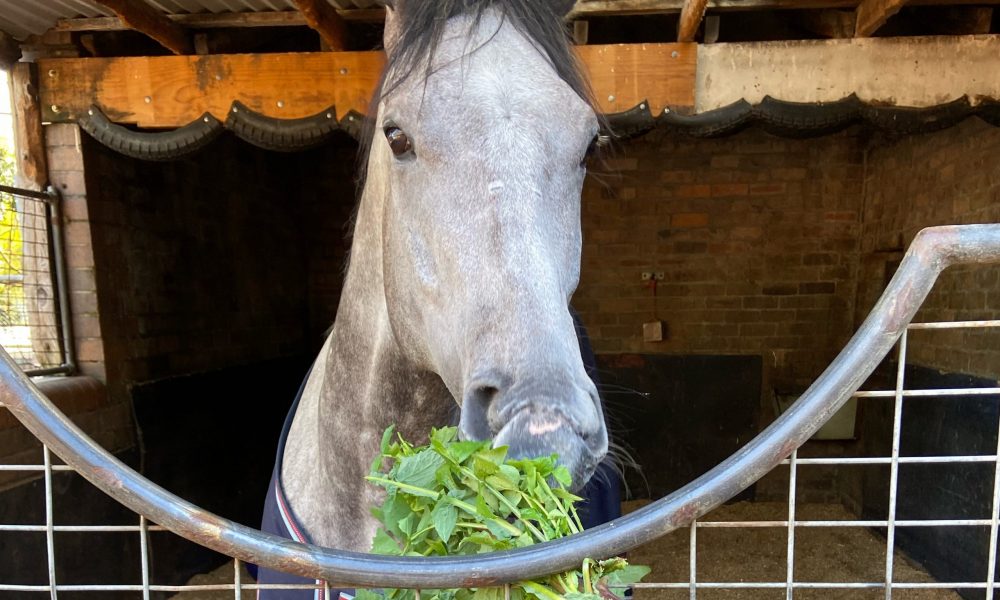 As veteran trainer Les Bridge led his grey sprinter through pitch black darkness up the hill to Sir Dapper Lodge after track work at Randwick last Tuesday morning, it dawned on him that he might be able to get the horse to climb Everest again.

“I had galloped him and I could hardly hear him breathing as I walked him up the hill. I knew then his recovery rate was like the old Classique Legend,” said Bridge.

Just three days after Bridge made that astute early morning observation, Classique Legend (Not A Single Doubt) left them for dust in a trial at his home track, sounding an ominous warning to his esteemed rivals in next month’s $15 million The Everest (1200m) showdown.

“It was much better than his first trial. The thing that pleased me was that he pulled up well. He blew like hell after the first trial.

“He will get better than that, he’s got three lengths improvement on that trial. He’s not going to be far away fitness wise in The Everest, he will just about be right.”

You can bet your bottom dollar the horse will be right on the day. 83 years young, Bridge has been training racehorses for 60 years so he’s got a fair idea what he’s doing.

By his own admission, in this instance he’s got a challenge on his hands as Classique Legend will be going into The Everest first-up.

That said, after what he did in the trial on Friday, he’s feeling that the unorthodox approach to getting him ready for the highly competitive race this time around is actually working.

“Other than the fact it’s a different preparation through circumstance the horse is back to himself.

“I said if I could get him to the old Classique Legend he would win and he’s doing that. He’s going to be right in the race, don’t worry about that.”

After he won The Everest last year, Classique Legend was famously taken out of Bridge’s care and sent to race in Hong Kong where his owner Bon Ho is based.

He had only one start there and failed dismally, beating three horses home in the Hong Kong International Sprint (Gr 1, 1200m).

Hongkers just wasn’t the place for him, as can be the case for many imported horses, and people for that matter.

“I have sent two good horses that I thought were good horses up there. There was Southern Legend who won $8 million and this horse that completely failed.

“In my opinion, some horses adjust to the environment up there and others just dont. I  can’t explain it because I have never trained in Hong Kong.

“I have spoken to a couple of jockeys that have ridden there and they say they buy horses for big money from England and France and for some reason they don’t adjust.

“I think it’s an environmental thing and the way they are trained and it’s a claustrophobic place for them.”

Evidently, Classique Legend is very happy to be back in fresh air under big blue Australian skies.

“That’s the secret, he loves it here and the environment. He gets spoiled and that’s part of it.

“He gets out for all his walks and a pick and he’s got his own yard that he looks down over the track from everyday. He can see everything and he’s content.”

Having trained out of Randwick for over 60 years, Bridge has seen plenty of horses come and go in his day but he’s got a real soft spot for the horse they fondly call Jiminy (as in the Walt Disney character) at home.

“He’s out of a mare called Pinocchio and Carmel (Size) nicknamed him Jiminy (Cricket). It’s written on all his rugs and everything,” laughed Bridge.

“He’s a magnificent horse, he’s beautiful. He’s the perfect sprinter conformation wise. He’s got big forearms, a deep girth, he’s wide under the jaw and intelligent. You don’t get many like that.”

“I have had a lot of good horses but I have never had one as good as this.

“He’s only had 11 starts in his life. He’s had an interrupted career and he had a few setbacks early. He’s won nearly $9 million in those 11 starts which is just incredible.”

Jiminy has put a real spring into Bridge’s step in recent years.

“It motivates you to keep going. At my age nothing will motivate you like a good horse.

“What does every young trainer want to do? They want to win a Melbourne Cup or Golden Slipper. You don’t punish yourself without any goals. You have to have goals like that to keep going. You have a lot of downs in this business, it’s 90 per cent disappointment. You have to be able to take the disappointments as there are many.

“But I love it. I love coming to Randwick, this is my home. Getting up every morning and coming here, I love it.”

All those decades of hard work in the early morning will certainly pay off if Classique Legend can successfully defend his Everest title on October 16.

“I’d love to win it for the horse. I think he deserves to. At my stage it’s always nice to win but I would love to see this horse do it,” he said.