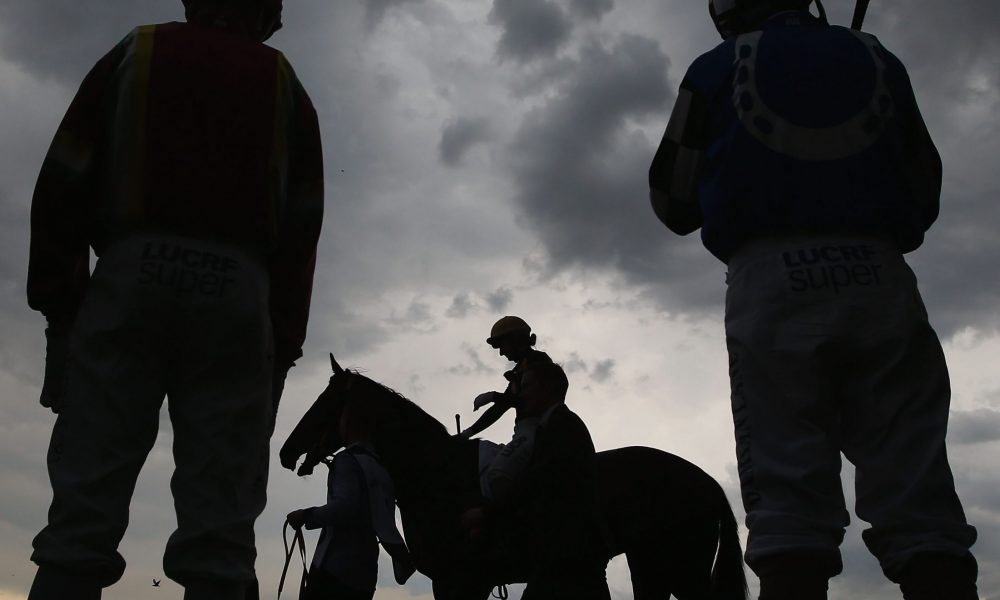 It can be all too easy to be dismissive of the mental and physical wellbeing concerns of racing’s participants – especially jockeys, trainers and stable staff – even though they have been aired more and more often in recent years.

The usual platitudinous rejoinders often centre on the simplistic notion that the participants can choose how often they wish to compete, but the reality of maintaining important relationships and some level of success rarely allows this luxury in a near 365-days a year pursuit.

It’s argued that racing – with its unusual and often elongated working hours and with levels of income linked to winning – needs to ensure that is in line with modern workplace wellbeing practices, particularly at a time when mental illness is considered to be the leading cause of sickness absence and long-term work incapacity in Australia.

“Animal welfare and caring for our people aren’t new issues, they are just now getting necessary airtime,” said Victoria Carter, the deputy chair of New Zealand Thoroughbred Racing as she addressed the recent Asian Racing Conference session in Cape Town, South Africa, which examined “ensuring the well-being of racing’s athletes”.

It is perhaps timely in the wake of the Australian Guineas (Gr 1, 1600m) win of Alligator Blood (All Too Hard), given the demons of addiction and depression overcome by trainer David Vandyke and jockey Ryan Maloney, to reiterate what was canvassed.

Carter said the key question facing racing administrators and race clubs was determining whether “enough was being done” to support the sport-cum-industry’s participants, especially jockeys, and what practical steps could be taken.

“Studies have shown 50 per cent of jockeys meet the criteria for depression. They suffer depression at a much higher rate than their non-jockey peers,” Carter said.

Jockeys Anthony Delpech, the former South African champion who officially retired in January 2019 after a fall left him a disc herniation and damaged spinal cord which required surgery, and Melbourne Cup (Gr 1, 3200m) winner Michelle Payne, spoke of their experiences at the conference.

“I still get quite emotional talking about my decision not to ride,” Delpech said.

Delpech and Payne agreed everything jockeys do they usually do on their own, unlike most other elite sports people.

“You don’t have a family life unless you have an injury or are suspended and then you’re often angry,” Delpech said.

Payne, who has suffered a fractured skull, bruising to her brain, fractured vertebrae and serious abdominal injuries in various falls, spoke of the “loneliness” of recovery and the daily demands on all jockeys.

“To succeed you have to develop good mental strength. You’re sleep deprived, hungry, thirsty, and driving one to four hours to get to a race meeting. You’re exhausted and to succeed it’s what you have to do. It’s relentless,” she said.

“We put our bodies through so much to get on the horse just in case we might win,” Delpech added.

“The key take out is that we need a multi-disciplinary team to look after jockeys,” Carter continued. “We need regular screenings of their ‘whole’ health, not just a concussion and medical test. We should encourage the adoption of a minimum of two compulsory sports psychologist sessions per annum as a bare minimum.

“The consequences of not doing this are too tragic. We have to encourage jockeys to let the top off the bottle. Not asking for help or recognising you might need help is not a sign of mental toughness.”

Jockeys may be self-employed, Carter acknowledged, “but without them we have no sport.”

Delpech conceded that seeking help was a problem for many jockeys.

“Mentally, we don’t want to talk about how difficult and lonely it is,” she said. “We bottle it up. Even when your body is giving up on you, you push yourself to the edge just to get that next ride.”

Graham Bailey, headmaster of the renowned South African Jockey Academy (SAJA), said the days of merely teaching an apprentice jockey to ride were over and that there was a particular focus on addressing wellbeing issues related to weight loss.

“Along with the physiological demands, the professional jockey is also faced with the demands of making the weight,” Bailey said.

“Chronic weight-making strategies have been shown to lead to poor bone health, poor hydration, body weights that are close to anorexic and impaired mental capacity.

“Taking this all into account, the SAJA has adapted and tailored its apprentice program to include a multi-disciplinary team comprising a riding department, nursing sister, sports scientist, biokineticist, sports psychologist, nutritionist and academic staff.”

Van Heerden added that despite the known problems of depression among jockeys the world over, there were no real guidelines in the horse racing industry regarding mental health.

“Therefore, the aim needs to be the creation of mental health best practice guidelines. These could include referral networks, educational awareness campaigns and mental health screening,” she said.

It is, of course, also incumbent on governments – as major beneficiaries of the revenue generated by racing’s wagering turnover – to assist in implementing best mental health practice.

And the focus is not only on jockeys with several trainers in Australia speaking of their battles with depression and a 2019 Racing Welfare report in the UK focusing on the same issue in Britain. Not to mention stable staff, who do not have as prominent a profile or voice as trainers and jockeys.

While acknowledging the positive steps which have been undertaken in some jurisdictions, including Australia, Carter believes more can be done.

“It’s a global issue and it is important to raise awareness of the vulnerability of our jockeys. It’s impossible to ignore. Good work has been done in this space but there are still issues to be dealt with knowing the extent of the problem,” she said.

Change has been enacted in recent years. The Australian Jockeys’ Association, together with the principal racing authorities, employs a sports psychologist in each state for the benefit of all jockeys past and present.

Trainer wellbeing programs have been launched in Australia and the UK, while Racing Victoria has extended its mental health and wellbeing support to licensed, registered participants and their immediate families by offering them access to a free, independent psychological support service.

However, Carter contends, “’there is a lot more we can and must do.”

She argues that some element of compulsion in terms of mental health check-ups is seen as key to eliminate any perceived notion of stigma and have participants treat it the same as a routine medical.

“Certainly in New Zealand, we have none of the funding that the Australians and British have put in and we must, if we care about all our participants (not just jockeys), find ways to raise awareness of mental health issues,” she continued.

However, Australian Jockeys’ Association chairman Des O’Keeffe says that mandatory engagement with mental health programs is not the answer and that the confidential assistance programs in place in Australia have overcome any stigma.

“Our professional advice is that compulsory mental health assessments annually is likely to increase stigma and unlikely to deliver data that is useful to improving the mental health of jockeys,” O’Keeffe said.

In Victoria, jockeys currently proactively seek support and engagement with the Jockey Assistance Program (JAP). The best part of all is the ‘lookout’ factor, where jockeys support other jockeys to take up the support available and/or jockeys contact the JAP service to give the ‘heads up’ to follow up with colleagues they have concerns about.

“This is well received and appreciated by the jockey group. In addition, Racing Victoria supports a preventative psychology program in the apprentice jockey training program (AJTP) where apprentices receive one on one sessions with the sport psychologist throughout their four years of training.”

O’Keeffe continued: “The net result is a ‘cradle to grave’ philosophy ensuring access to psychological support throughout a jockey’s career and beyond.

“Of course, we cannot guarantee that everyone will seek assistance but the quality of the program, and the confidential nature of the service provided, will drive engagement rather than it being mandatory.”

The Jockeys Assistance Program was launched in Victoria in 2001 after an inquiry instigated by the Victorian Jockeys’ Association (VJA) and driven by Racing Victoria and the then State Labor Government entitled ‘Welfare of Retired Victorian Jockeys’. A number of recommendations were made and subsequently adopted.

O”Keeffe said: “One of a number of key recommendations was the establishment of the Jockeys Assistance Program, based on the engagement of a dedicated sports psychologist who was available to provide professional and personal support and guidance to apprentices and jockeys, past and present, and to their immediate families.

“This program, led over the last 19 years by one of Australia’s pre-eminent sports psychologists in Lisa Stevens, has proven to be the benchmark for similar JAP programs in all other states and the Northern Territory, as well as being the model that has been implemented by the AFLPA (Australian Football League Players’ Association) for its players and also for other professional sporting bodies.”

O’Keefe says the Jockeys Assistance Program has worked for a number of reasons, including the genuine commitment of the VJA and Racing Victoria.

“It provides a personalised touch point for people seeking to engage support with Lisa Stevens, first point of contact, being a constant. It’s a standalone program about positive outcomes and Lisa has developed a “bank” of nearly 60 experts to call upon,” he said.

“The success of the program is based on confidence, trust, longevity and “word of mouth” references by those who have accessed the services. The Victorian jockey population is absolutely aware that the program exists and that it’s a personal, constant, professional and expert point of contact for riders and their families.”

O’Keeffe said that the concept of stigma had been overcome. “The program is free, confidential, expanded, unlimited and seen as a completely normal path for a sporting professional and is constantly recommended by word of mouth,” he said.

O”Keefe does agree that the physical and mental welfare of participants is an industry responsibility.

“Our programs are continually embraced by the PRA’s (Principal Racing Authorities) and funded by one per cent of the three per cent prize-money contribution to jockey and equine welfare,” he said.

“The best way to succeed with a program is for the racing authority to actually commit to the program;  endorse it, advertise it, support it, grow it and ensure awareness of it and provide a level of genuine hands-on service that will actually ensure it’s expansion amongst the future, current and past riding group.”

Carter says the question remains as to “whether everyone out there who needs help is accessing it voluntarily” and whether adequate levels of support were available in jurisdictions without that same level of funding.

Whether the best outcomes will be reached voluntarily or mandatorily, the conference certainly brought a desired focus to the issue of participant wellbeing.