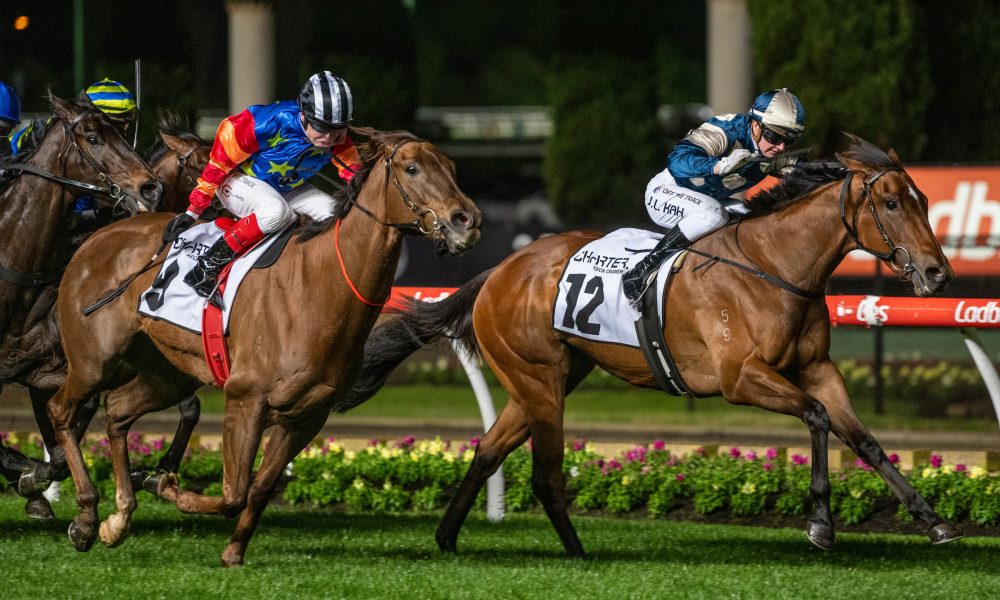 It is almost a year to the day that Coolangatta burst onto the scene with a dominant three-and-a-half-length success in the Gimcrack Stakes (Gr 3, 1000m) at Randwick, the first juvenile feature of the season.

The filly would go on to claim the BJ McLachlan Stakes (Gr 3, 1000m) and Magic Millions 2YO Classic (RL, 1200m) as she presented herself as one of the hottest juveniles in the country, before returning in March to round out her two-year-old season with a third-placed finish in the Golden Slipper Stakes (Gr 1, 1200m).

Having finished third in the McEwen Stakes (Gr 2, 1000m) behind Rothfire (Rothesay) on her seasonal return, Coolangatta again pitted her two-year-old form against her elders, making best use of her inside barrier around the tight Moonee Valley track to win by a neck, holding off the late, outside charge of her stablemate, with the pair finishing a length and a quarter clear of Queensland raider Zoustyle (Zoustar).

In winning the Group 1 sprint, Coolangatta replicated the feats of 2017 Golden Slipper winner She Will Reign (Manhattan Rain), who returned as a spring three-year-old to record an emphatic win in the Moir Stakes later that year.

“There were a lot of doubters saying why are you putting a three-year-old filly in a race like that against hardened sprinters,” Maher said.

“I was very confident in the horse and I knew [from] the way she pulled up the other day, she had a tough run, but she pulled up very, very well.

“I thought she’d be sitting behind one, but she (Jamie Kah) took the initiative and took the luck out of the race.”

Maher said both Coolangatta and Bella Nipotina would now head towards the Manikato Stakes (Gr 1, 1200m) back at Moonee Valley on October 21.

“It’s a massive thrill to get a horse this early in her career to win a Group 1 like that,” Maher said. “There’s not much she can’t do. Around here again, we’ll see how she pulls up, but if she did nothing else this prep, this is a great effort.

“Bella Nipotina loves the Valley. She had it up against her [today], and bring on the Manikato for her.”

Piping Hot, who was purchased by John and Jake Warren as a yearling for $320,000, foaled a sister to Coolangatta last month, having missed on her previous cover.