Coolangatta lives up to hype in Magic Millions Classic 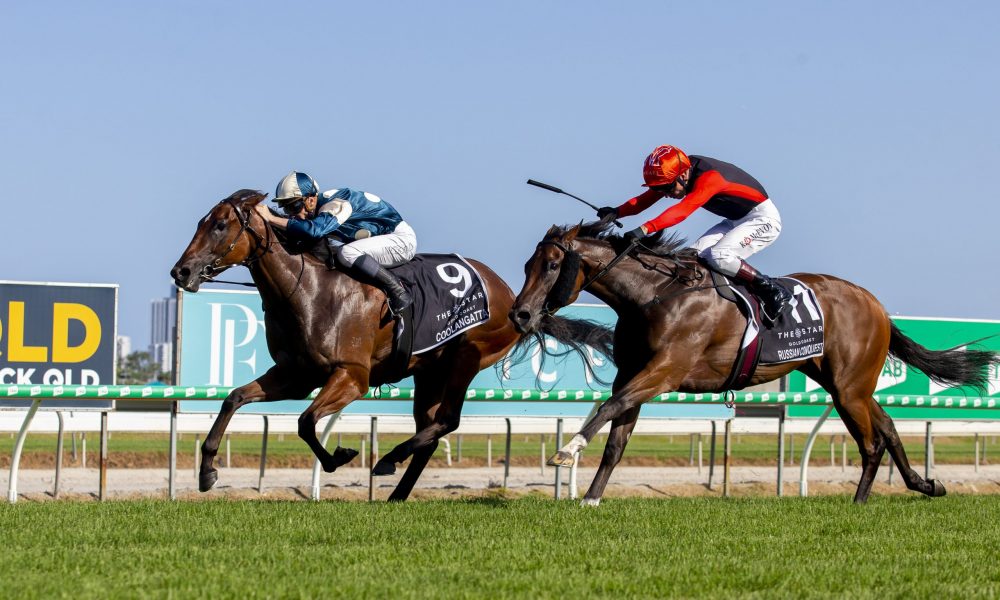 Coolangatta (Written Tycoon) had been the talking horse in the run up to the Magic Millions 2YO Classic (RL, 1200m) and yesterday the Ciaron Maher and David Eustace-trained juvenile lived up to that hype when she produced a brave performance to land the $2 million race on the Gold Coast.

The daughter of Written Tycoon (Iglesia) came into the race with a lofty reputation to uphold, having landed the Gimcrack Stakes (Gr 3, 1000m) on her first start on October 2 before she followed that up with a victory in the B J McLachlan Stakes (Gr 3, 1200m) at Doomben on Boxing Day.

Coolangatta’s victory in yesterday’s race was a second for the Maher-Eustace stable, who landed the first Magic Millions 2YO Classic with Away Game (Snitzel) in 2020, while it was the first win in the lucrative 1200-metre contest for James McDonald, who gave the filly a fine ride from a tricky barrier 10.

McDonald slotted in swiftly from the off and asked the question early of the filly, who despite racing greenly, travelled strongly to hold off a determined Russian Conquest (Russian Revolution) by a head with Snitcat (Snitzel) a further two and a quarter lengths away in third.

Maher was full of praise for McDonald, although he admitted he was a bit nervous that the rider had pushed the button too soon.

“J Mac when he went a bit early I thought ‘oh god’, he made me a little nervous,” Maher said.

“He’s good under pressure, he’s a great man. A great job by the team.”

The victory added yet another feather in the already heavily decorated cap of McDonald, who has once again been enjoying a wonderful season, headlined by a maiden win in the Melbourne Cup (Gr 1, 3200m) on Verry Elleegant (Zed) in November. Verry Elleegant herself is also co-owned by one of Coolangatta’s ownership group in Brae Sokolski, who was also effusive in his praise of McDonald’s ride on the filly yesterday.

“If it wasn’t James McDonald you couldn’t imagine it, but with him you expect it,” Sokolski said.

“Landing in that one-out, one–back was perfect, he was very confident he had a lot of horse under him. He took off nice and early and put them to the sword.”

McDonald himself said he felt the pressure ahead of the race, especially given the high expectations surrounding the filly.

“It was a great thrill to ride such a dominant favourite in the race, it comes with big expectations,” McDonald said.

“I was glad to be able to aid her with a nice ride.

“Especially with a hype horse like she is, she’s been a dominant favourite for a long time.”

Maher confirmed the filly would now head for a break, before being prepared for a crack at the Golden Slipper Stakes (Gr 1, 1200m) where she will be aiming to become the first horse to complete the double since Capitalist in 2016, who was incidentally also by the now Yulong Stud-based sire Written Tycoon.

Bred by Highclere Stud, Coolangatta (2 f Written Tycoon – Piping Hot by More Than Ready) was purchased by Maher and Eustace for $280,000 at last year’s edition of the Magic Millions Gold Coast Yearling Sale from the Milburn Creek draft and she is one of two winners out of the dual-winning More Than Ready (Southern Halo) mare Piping Hot. The filly’s half-brother, Snitzonfire (Snitzel), has won three times, but finished a disappointing 15th in the Magic Millions 3YO Guineas (RL, 1400m) in the following race on yesterday’s card.

In 2020, Piping Hot produced a filly by Arrowfield Stud resident Dundeel (High Chaparral), before missing to Capitalist  and she was covered again by Written Tycoon last September.

Coolangatta is one of 44 stakes winners for Australia’s reigning champion sire Written Tycoon, who has shown an affinity with daughters of More Than Ready and this filly is one of 15 winners bred on the cross, which is headed by Group 1 winner La Luna Rossa.