Could Champions Day be the first step towards a truly great raceday? 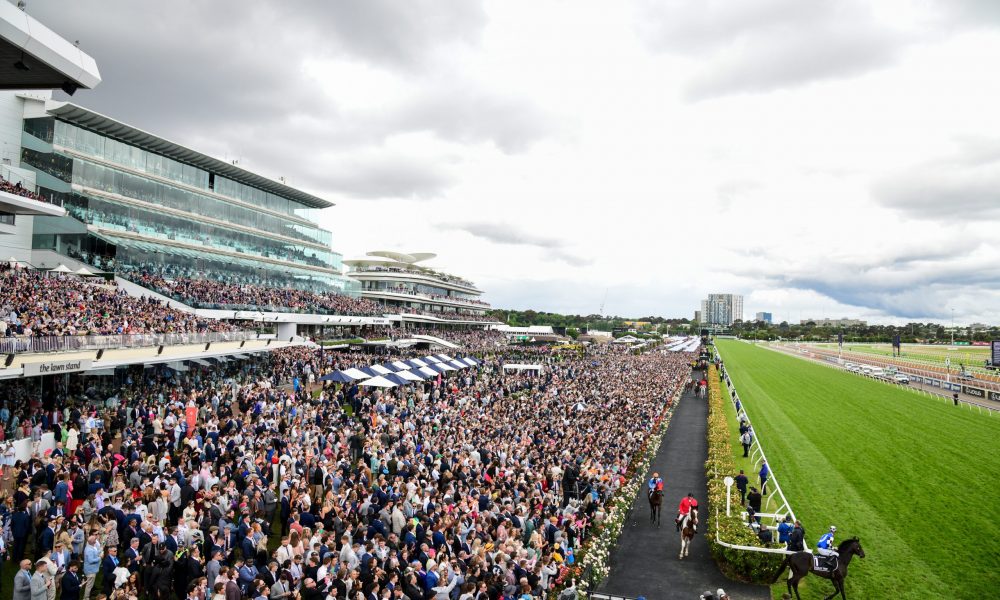 The victory of Melbourne Cup top-weight Gold Trip and the advent of Champions Day provided the perfect fillip and portent of better to come for the Victoria Racing Club’s four–day Cup carnival.

Further, it was not diminished in any significant way by the plethora of huge pot races which have been introduced in New South Wales. However, there may well be a little more which can be done to preserve the integrity of the week’s racing at Flemington.

The VRC, with the grouping of the three ‘Champions’ races on the final day, has taken the first step towards creating the most elite day’s racing in the country, but it’s only the first step.

The three $3 million Champions races were supported by three Benchmark races worth $82,000 to the winner – which is not much more than break–even on per annum costs these days; plus the Queen’s Cup and Matriarch Stakes with unsatisfactory purses of $300,000 and one three-year-old Listed race.

I would rebrand the Matriarch, the Champions Mares and add to the prize money – along with a bonus for any horse who wins it and any one of the Tristarc, Tesio or Empire Rose Stakes’ en-route. The Queen’s Cup (or Queen Elizabeth Stakes) should be rebranded as The Australasian or Anzac Cup (although I understand there are difficulties associated with using the Anzac name) and be restricted to Australian– and New Zealand–trained horses who, if not Australian bred, have been in the county for 12 months.

I’d switch the Coolmore Stud Stakes to final day as Derby day can stand without it – given the Derby itself; the Oaks lead-up of the Wakeful Stakes; the Cup lead-up of the Archer Stakes and the Empire Rose Stakes.

Furthermore, I’d create the 3YO Champions Mile (for fillies and colts and geldings) given that so many who perform well in either the 1,000 Guineas or 2,000 Guineas go straight to the paddock after the Caulfield classics.

This might require pushing back the Australian Guineas in the autumn, but that may well be worth it (pending consultation, of course, with trainers). As it is, the Australian Guineas nonsensically clashes with the Randwick Guineas in any case (on 4 March next year). It could be run on March 25 (with the Australian Cup) and capture Randwick Guineas runners who are not progressing to 2000 metres (of the Rosehill Guineas) and beyond. It would also allow for a better break from Cup week to the autumn.

Scrap the benchmark races on Final day and add one to Derby Day and Cup Day if you really must appease the turnover god.

Thus, the final day would be truly elite with just seven races; the Champions Mile, Sprint and Stakes along with the Coolmore (Champions 3YO Sprint), Champions 3YO Mile, the Champion Mares and the Australasian. This would be a more boutique, high–level offering of competition which would absolutely set it apart from any other day on the racing calendar.

The Australasian, or something akin to it, may well be a priority as you can bet your bottom dollar that Racing New South Wales would not dismiss the notion of taking on the Melbourne Cup if it reverted to the pre-Covid and pre-scan numbers of as many as 11 internationally trained runners in the race in 2018 and 2019.

Fortunately, I do not see that happening. Stringent veterinary protocols will almost certainly stay in place as they should and the race is now unlikely to be swamped by visiting northern hemisphere–bred three-year-olds, as it threatened to be and surely would have had the favourite Deauville Legend won with 55 kg – a much greater and more accurate impost than imposed on Cross Counter and Rekindling, who won it at three.

As it was, Deauville Legend ran well enough on unsuitably soft ground so as not to entirely dissuade any other northern hemisphere three-year-old from attempting the feat, but they won’t come in droves.

This year’s Cup was just right. Gold Trip’s win with the top-weight of 57.5 kg followed Verry Elleegant’s success with 57 kg, which should ensure that better–quality locally trained stayers will not be discouraged from looking at the Cup, even if high in the handicaps. That notion was in danger when no winner carried more than 53 kg in the five years from 2016.

The placegetters Emissary (51.5kg) and High Emocean (50kg) illustrated that it’s still a genuine handicap and you have a chance down in the weights.

The appearance of two overseas–trained runners, Without A Fight (who also failed to handle the going) and Deauville Legend was enough to add some spice, along with Hoo Ya Mal and Camorra racing for the first time in Australia for local trainers. That’s all the race needs, literally a handful of visitors (which ideally would include some rekindled interest from the Japanese).

The Melbourne Cup needs to feature some well–performed and high–profile local horses as it has in the past two years. That’s all. It does need to be among the world’s top-rated races. It’s a handicap after all. It ain’t broken, don’t try to fix it.

The depth of racing was strong throughout the spring in Sydney and Melbourne, with the latter not unduly impacted by Sydney’s innovations. Let’s now call it competition rather than war.

Sure, the Mankato Stakes will forever be adversely affected by The Everest in its current guise, but that’s just a reality the Moonee Valley Racing Club has to face as it is secondary to Melbourne’s other 1200–metres spring Group 1, The Darley Classic (now Champions Sprint).

Sure, it might have been nice to have the Golden Eagle winner I Wish I Win running at Flemington but there was nothing for him on Derby day (when the Eagle was run). It likely precluded him and the placegetters Fangirl and Gyspy Goddess from backing–up on Final day, but the placement of the races means that’s not impossible.

And sure, every sport likes to have all its top athletes competing at the same venue on the same day, but that ain’t going to happen in Australia unless there is some extraordinary detente between New South Wales and Victoria and a wholesale change of thinking. I fancy the spring carnivals in both states unfolded about as well as anybody, in either jurisdiction, could have hoped for.

Save for the fact that Principal Racing Authorities ought to be more careful about allocating too much money to too few races – $5 million for the Big Dance, Five Diamonds and Diamonds Prelude is excessive for what were effectively Benchmark 100 races, not to mention $1 million for a two-year-old race run (the Golden Gift, indeed it is) so early in the season.

These races and Australia’s total prize pool may well stimulate activity at all our top–end yearling sales, but I believe a minimum $100,000 to the winner of all races on major Saturday meetings in Sydney and Melbourne would provide a greater stimulus to the so–called secondary yearling sales.

Save, too, for the split vision during Cup week – as opposed to Chanel 7 being able to show both Sydney and Melbourne racing before that. That’s less than ideal, but Channel 10 has the Cup week contract until and including next year.

However, I’d imagine it would only take goodwill to allow the replays of all races from both states to appear on both the Racing.NSW and Racing.Com (RVL) websites. Would someone in power in either organisation please make that happen.