Darby Racing secure a pair of Galileo colts at Tattersalls 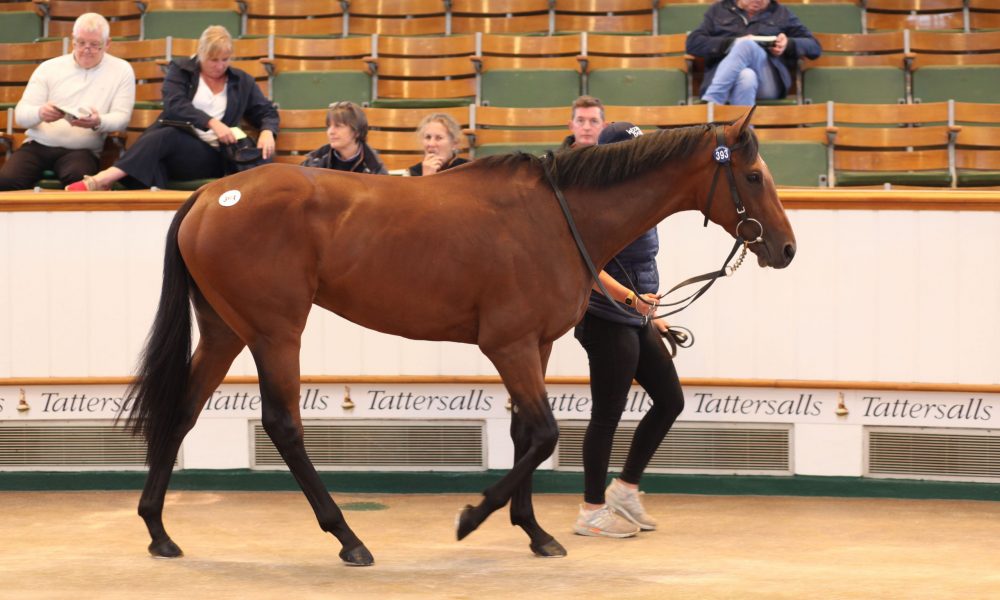 Darby Racing were active at the second session of the Tattersalls August Sale yesterday, picking up two colts by the late Galileo (Sadler’s Wells) from the Ballydoyle draft.

“They’re both going to Australia for Darby Racing,” said De Burgh. “They’re not making any more Galileos and we love taking them down to Australia.

“Aidan does the work for us early on and then they’re ready to go when they arrive. We bought Harpo Marx from Ballydoyle here and he’s just won a Group 3 at the weekend.”

Father’s Day, who has placed once in two starts, is out of Fire Lily (Dansili), a Group 3 winner who has twice finished runner-up in elite-level company.

“Father’s Day has a huge page and the brother Somerset Maugham has already gone to Australia and won four races, and The United States won a Group 1 in Australia too.

“Because this horse hasn’t won yet we have the advantage of being able to go for a maiden down there. He vetted very clean for us and he stays a mile and a half so it all just fitted into place.”

Iowa, meanwhile, has won one of his 12 career starts. Out of Bridal Dance (Danehill Dancer), Iowa is a half-brother to Group 2 winners Hawksmoor (Azamour) and Royal Dornoch (Gleneagles).

He finished fourth to Melbourne Cup (Gr 1, 3200m) performer Master Of Reality (Frankel) when they faced off at Listed level in June.

“Iowa is obviously more exposed but he’s another with a huge page and his best runs have been his last runs as he’s been stepped up in trip. He just looks nailed on for Australia, he’s going to be a mile-and-a-half horse down there.

“His run against Master Of Reality, who finished second in the Melbourne Cup before being disqualified, was pretty good.

“We got two very good horses out of Tattersalls a couple of years ago in Harpo Marx and Spirit Ridge and they were first and second in a Group 3 on Saturday, so why would you change the process if it’s working? Hopefully we’ll be winning Group races with these two new purchases in the not too distant future.”

The Aidan O’Brien-trained Sir William Bruce (Galileo) is on his way to Tony Gollan’s Queensland stable after being picked up for 90,000gns (approx. AU$177,000) by Stuart Boman of Blandford Bloodstock for Ontrack Thoroughbreds.

The three-year-old colt (Lot 305), a winner of one of his five starts, was last seen running 12th in the King George V Stakes (1m 4f) at Royal Ascot in June and was consigned by Ballydoyle.

“He’s the first purchase up here for Grant Morgan from Ontrack Thoroughbreds who raced Brazen Beau, that is his main connection up here in Europe,” Boman said.

“He brings tours up here with Ontrack every year and he brought a tour up the last time Australians could travel and got his ownership group interested in buying European horses. It’s a project we’ve been working on for the last six months.

“He’ll be going to Queensland to be trained by Tony Gollan. He feels that New South Wales and Victoria have been real focal points for these European horses, but there’s still good opportunities for Europeans [in Queensland].”

On Sir William Bruce, who is out of Listed winner Chanting (Danehill) and is a brother to stakes winners Circling and Easter Lily, Boman added: “He’s a gorgeous horse, he’s a lightly-raced son of Galileo out of a Danehill mare.

“He hasn’t run since Ascot which was a bit of an issue but he vetted very cleanly. Timeform [rating of] 95, I thought he was particularly decent value. We’re pretty happy.”

Mobaadel (Speightstown), a 50,000gns buy to HE Sultan Aldeen MS Al-Khalifa with trainer Ali Majeed, is one for Australians to keep an eye on – as well as his purchaser.

Out of a half-sister to 2005 US champion three-year-old colt Afleet Alex (Northern Alex) and to Grade 2 placegetter Unforgettable Max (Northern Afleet), Mobaadel (Lot 333) has placed twice in four starts.

“He will go to Bahrain,” said Majeed. “If he improves he may go on to Australia next year. The Sultan does not have horses in Australia at the moment, but he might buy some yearlings and get a string together. Mobaadel is a US-bred horse and should suit the good to firm ground in Bahrain and Australia.

“He will start with purchasing around three horses and will be looking to buy colts. He is always there for (Tattersalls) October Book 1, 2 and 3 and (Goffs) Premier in the UK, so he thought he’d go to Australia as well. The prize-money is good. There is plenty of growth in Australian racing and the races are strong and fast, so the style of racing suits our country (Bahrain).”

The topper of the August Sale at the time of ANZ Bloodstock News going to print this morning was the Juddmonte-consigned Fabilis (Frankel) (Lot 380), who sold to Peter and Ross Doyle Bloodstock for 350,000gns (approx. AU$687,500).

The Ralph Beckett-trained three-year-old, a winner of three of his ten starts, is out of Grade 3 winner Mirabilis (Lear Fan), a half-sister to Nebraska Tornado (Storm Cat), winner of the Prix Diane (Gr 1, 2100m) and Prix du Moulin (Gr 1, 1600m). Fabilis, himself, is a brother to Darley Stakes (Gr 3, 1m 1f) winner Monarchs Glen (Frankel).

“He is for Prince Najd, a very long established client,” said purchaser Peter Doyle. “He is a lovely horse, I didn’t think he’d make that much, but lots of people liked him.

“The immediate plan will be to go and race in Saudi Arabia, and aim for the Crown Prince Cup. We have had some success in the race before.”