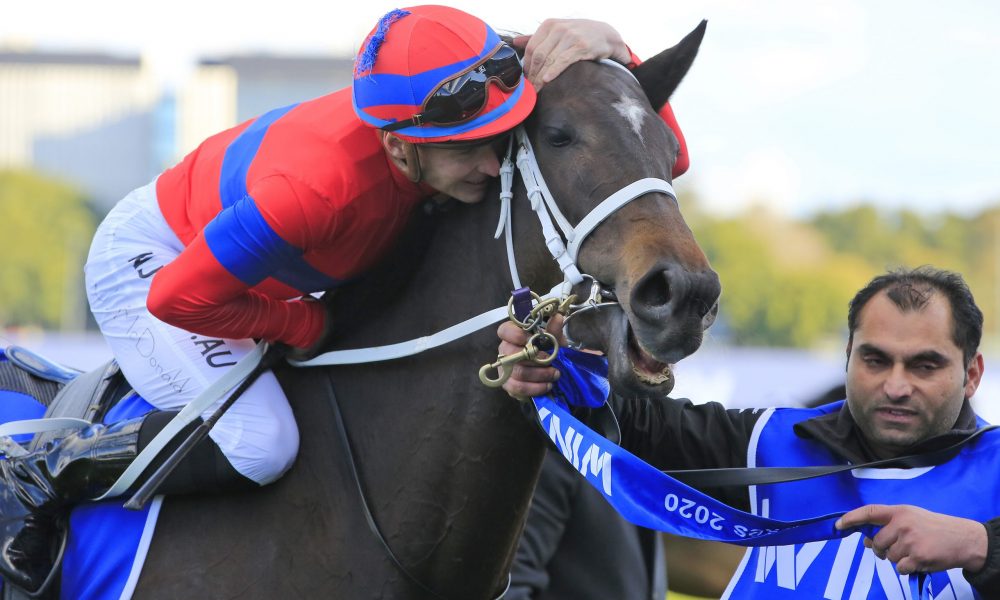 After initially being passed in, a share in Melbourne Cup (Gr 1, 3200m) winner Verry Elleegant (Zed) has been snapped up by one of the existing owners.

A 12.5 per cent share in the 11-time Group 1 winner was offered online via Gavelhouse for almost a week, but was passed in after the final bid of NZ$350,000 did not meet the reserve.

Tim Barry, the part-owner who offered the share, later came to an agreement with one of his co-owners to offload his share in the seven-year-old daughter of Zed (Zabeel).

“We are pleased to announce that a deal has been done this morning with the 12.5 per cent share in Verry Elleegant selling to an existing part owner for an undisclosed amount,” Gavelhouse said via social media yesterday morning.

That is slightly less than the $2.7 million that was paid for Not A Single Doubt (Redcoute’s Choice) mare Shout The Bar at this year’s Inglis Chairman’s Sale and fractionally more than the $2.4 million realised by Zoustar’s (Northern Meteor) daughter Madam Rouge at the Magic Millions National Broodmare Sale.

Snitzel (Redoute’s Choice) mare Away Game and four-time Group 1 winner Tofane (Ocean Park) sold for $4 million and $3.1 million respectively at this year’s National Sale, while the most expensive mare sold at auction in Australia was Danehill (Danzig) mare Milanova, who sold for $5 million at Inglis in 2008.

Verry Elleegant was retired after a ninth placing in the Champions Fillies & Mares Stakes (Gr 1, 1m 4f) at Ascot in October, which was the fourth start of a winless European campaign.

She remains in Europe, where she is expected to be served by Sea The Stars (Cape Cross) in February, before a decision is made on whether she returns home or foals down and is served again next year before her return.