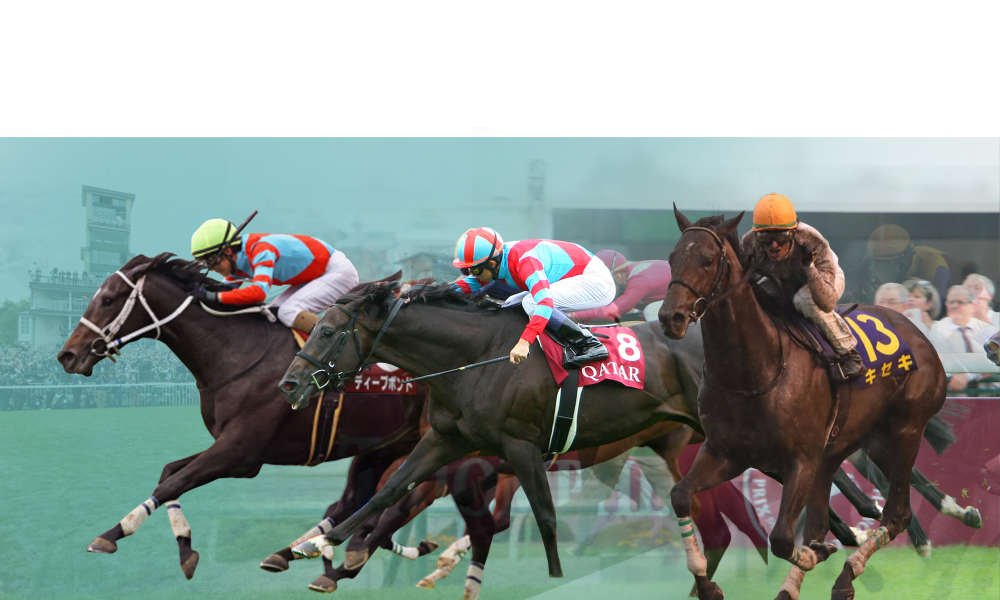 Deep Bond (Kizuna) will launch this year’s instalment of Japan’s decades-long quest for an elusive victory in the Prix de l’Arc de Triomphe (Gr 1, 2400m) when he races on French turf for the first time in the Prix Foy (Gr 2, 2400m) at Longchamp on Sunday.

The Ryuji Okubo-trained galloper has been lodging at the Chantilly stables of Hiroo Shimizu since mid-August and is anticipated to be one of two Japanese raiders in the European autumn’s great middle-distance feature on October 3, alongside his more illustrious compatriot Chrono Genesis (Deep Impact), who carries the weight of her country’s hopes and is scheduled to arrive at Pascal Bary’s yard after her plane touches down on September 24.

Deep Bond, a dual Grade 2 winner, races under the ownership of Shinji Maeda after his brother Koji Maeda went to ¥17,800,000 to secure the colt as a yearling at the 2018 Hokkaido Selection Sale. Shinji Maeda’s star galloper Contrail (Deep Impact) was last year widely assumed to be Japan’s prime 2021 Arc candidate off the back of his Triple Crown heroics but the understudy will carry the red cross-belted blue silks instead. The four-year-old is talented enough to have run with credit behind his more esteemed ownership-mate when fifth in the Tokyo Yushun (Gr 1, 2400m) and fourth in the Kikuka Sho (Gr 1, 3000m).

Finishing just out of the frame in a couple of Classics is rarely a harbinger of Arc glory. But Kazuhito Sumii, Okubo’s assistant trainer and the hands-on overseer of the Chantilly preparations for the Arc hope and his companion Entscheiden (Deep Impact) – who is engaged in Sunday’s Prix du Pin (Gr 3, 1400m) – suggested that once Maeda decided to keep Contrail at home, Deep Bond was seen as a horse with the right profile to rise to the challenge and the conditions. The colt displayed quality and stamina when a close runner-up to World Premiere (Deep Impact) in the Spring Tenno Sho (Gr 1, 3200m) last time out.

“The owner decided to keep Contrail in Japan and Deep Bond has matured and strengthened since he turned four-years-old. When he ran on softer ground in the Hanshin Daishoten, he won, and the owner and trainer decided to go to the Arc,” Sumii told Asia Bloodstock News.

“He ran really well in all the Classics as a three-year-old, but the ground in Japan is very fast and Deep Bond maybe likes the softer ground more. He can’t show his best ability on the fast ground in Japan.”

There is also the Kizuna (Deep Impact) factor as to why the colt might have been pointed at the big prize. Deep Bond’s sire rolled off a Tokyo Yushun victory to win the Prix Niel (Gr 2, 2400m) en route to a meritorious fourth behind Treve (Motivator) in the 2013 Arc, all in the Maeda silks. He is currently establishing his position as one of Japan’s best young sires at Shadai Stallion Station off a 2021 fee of ¥10,000,000, up from ¥6,000,000 in 2020.

After topping the first season sire chart for prize-money in 2019, Kizuna rose to 12th overall in 2020 and this year he sits fourth behind his incomparable sire Deep Impact (Sunday Silence) and the established heavyweights Lord Kanaloa (King Kamehameha) and Heart’s Cry (Sunday Silence). While a Prix Foy win would be a feather in the North Hills Co. home-bred’s cap, siring an Arc winner could lift the stallion to a new plane.

“Whenever he has a good horse in Japan, the owner is always very keen to go to the Arc,” Sumii noted. “Obviously, Deep Bond is by Kizuna and the owner thinks he is capable, so that’s why he’s come to the Arc. The horses by Kizuna are doing good: some have stamina, and some have a good turn-of-foot and Deep Bond is one of his best.”

Deep Bond and Chrono Genesis are the latest in a long line of Japanese gallopers that have set off in an attempt to earn supreme legend status in Japan’s ever-expanding pantheon of high-achieving horses: winning the Arc would be almost akin to unearthing the Holy Grail or finding the entrance to mythical El Dorado.

Japan’s involvement in the Longchamp feature goes back to 1969 when Speed Symboli (Royal Challenger) finished 11th to Levmoss (Le Levanstell). Mejiro Musashi (Wallaby) tried in 1972 but was only 18th behind San San (Bald Eagle), and it was not until 1986 that there was a Japanese runner again, with Sirius Symboli (Mogami) running 14th behind Dancing Brave (Lyphard) in an epic edition, having placed second in the Prix Foy. With those heavy defeats, albeit important sighters, Japan’s interest waned for a spell.

But, by 1999, when El Condor Pasa (Kingmambo) rolled into the Arc off victories in the Grand Prix de Saint-Cloud (Gr 1, 2400m) and Prix Foy, things had changed. Japan was ascendant as an international force following the pioneering European Group 1 wins of Seeking The Pearl (Seeking The Gold) and Taiki Shuttle (Devil’s Bag) at Deauville one year prior. El Condor Pasa took his place in the 1999 field as a major player.

What transpired was breathtaking sport. The Japanese raider set a spine-tingling tempo under Masayoshi Ebina and looked to have sealed an incredible win when he quickened three lengths clear in the home straight. But then came Montjeu (Sadler’s Wells): France’s champion three-year-old surged from deep and flashed past the post an improbable half-length ahead. In that moment, it seems, the Japanese obsession with the Arc took deep root.

“Yes, I have to say, I think it did,” said Shimizu, who assisted Montjeu’s handler John Hammond for two years until in 2018 he took over the Chantilly yard that is now Deep Bond’s temporary base. “The Japanese people really want to win this race more than any other in the world, I think.”

Despite the barrier of conversing through a mobile handset via electronic signals spanning land and sea, his wince was palpable at the mention of El Condor Pasa and more so when the matter of Orfevre’s (Stay Gold) excruciating defeat to Solemia (Poliglote) was raised.

“For us, we’ve never won this prestigious race in Europe before and one year, we just hope we can do it,” he said. “I think we have the best quality of horses in the world.”

Shimizu shares in the national desire to break the Arc hoodoo. He said he was pleased with what he had seen of Deep Bond, although he is realistic, too, and acknowledges that this year’s Arc is “a tough field” headed by the seemingly exceptional three-year-old filly Snowfall.

“I am not involved in training them, I just provide the facilities and organise things for them, but I’m so happy with how they look, they look like they’re in good shape,” he said.

“The Prix Foy is probably not going to be a strong field so he might have a good chance because he looks good.”

Deep Bond has been ridden in his daily work by Tatsuo Tanaguchi. The plan was for Cristian Demuro to get the leg-up this morning for the second time at the gallop, ahead of his initial engagement in the Foy.

“I rode him in a gallop last Wednesday and the horse is in good condition, he’s a beautiful horse with a big action. I’ll ride him again (today) and then he will be fit for the race on Sunday,” Demuro said.

“He’s a quality horse but he might be a little one-paced, so I hope he will like Longchamp. I think he can go in front with that big action, he can make the tempo if he needs to.”

Meanwhile, Sumii said he was happy with how things are going but knows well enough the task Deep Bond faces. Two years ago, he travelled with Kiseki (Rulership) – trained by his father, the now-retired JRA handler Katsuhiko Sumii – when the Group 1 winner placed third in the Foy and a distant seventh on energy-sapping wet ground in the Arc itself.

“It’s really tough for a horse to run over a mile and a half at Longchamp two times within a short space of time,” Sumii observed. “But Deep Bond needs a prep race, he’s very slow to change to his racing brain so he needs it. Longchamp is very different to Japan and I think he needs to get used to the ground, so having this prep race in the Prix Foy will be good for him.”

Demuro also acknowledged the stiffness of the test ahead but the Italian’s approach is very much in keeping with the Japanese mindset around the Arc: optimism, determination, a firm faith in the quality of Japanese bloodstock and a belief that fortune will favour them eventually.

“I hope one day the Japanese will win the Arc: they love this race,” he said. “It will be hard (for Deep Bond) to finish in the first three in the Arc but we will try, we will always try to do our best.”