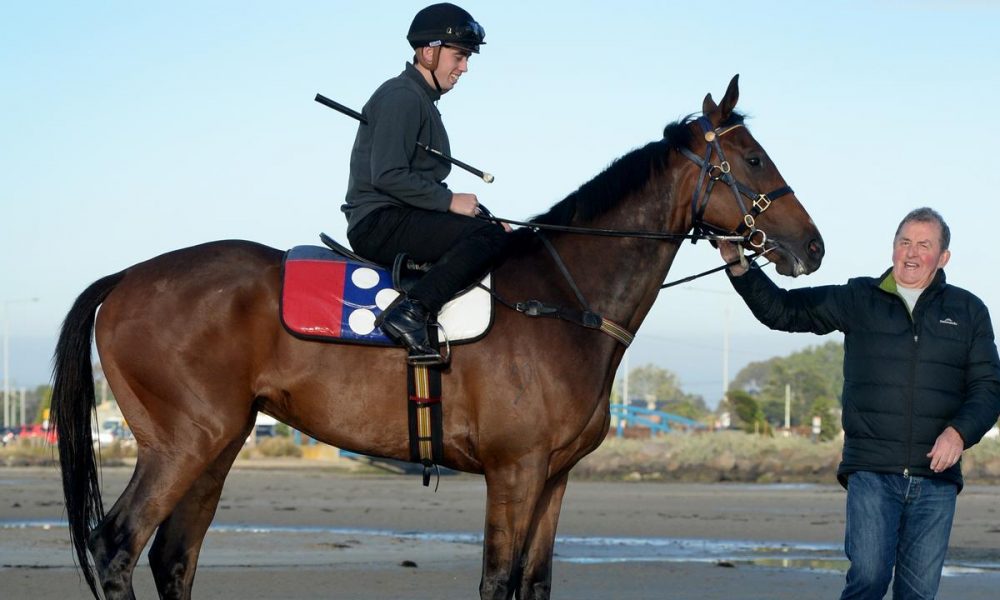 Imagine if Troy Corstens were to coach an AFL team to a premiership win in two years’ time.

This story has had plenty of coverage but that should not diminish its significance. It comfortably sits, in my memory, alongside those of Joe Janiak and Takeover Target; Vic Rail and Vo Rogue; Chris Turner and Veandercross and Lauren Stojakovic winning the Group 1 Blue Diamond on Miracles Of Life.

I would categorise them as racing’s greatest “left-field” stories – at least in my time – rather than one hit wonders. Each had other successes, most notably Rail’s often forgotten win with Quegent (Northern Regent) in the then Group 2 Ascot Vale Stakes in 1992.

And who knows what the 73 year-old Pagan might go on to achieve.

In yet another twist to the tale of the trainer whose hands-on experience with horses is less than two years old, he’s not had a runner since that Derby win but has been shopping internationally.

Johnny Get Angry, when he won the Derby, was Pagan’s twelfth starter since his first in July – when he gained his licence – this year. His one other winner was also a metropolitan winner, Frankie Two Angels (Medaglia D’Oro). It’s one hell of a story.

It was Corstens who sourced Johnny Get Angry for NZ$50,000 at New Zealand Bloodstock’s National Yearling Sale and who tutored Pagan in the art of training.

And while his own team, with father Leon, enjoyed a successful spring with four stakes wins (albeit with the frustration of a further five stakes seconds), Corstens junior could hardly contain his delight at Pagan’s Derby win which speaks to the very heart of the story.

At the risk of being trite, it’s the sort of story which racing needs. The sort of story which underlines hope and glorious uncertainty – the sort which Corstens had previously been central to with his purchase of Starspangledbanner who was later sold to Coolmore which provided a tattslotto like windfall for his owners.

The sort of story which had another AFL premiership coach Kevin Sheedy, and his fellow owners, turn a $1400 investment for 10 per cent of Bel Esprit (Royal Academy) into several hundred thousands of dollars.

A story which, in Pagan’s case, is arguably best paralleled by Mick Channon graduating from his football career – which included winning the 1976 FA Cup when his unfancied Southampton side triumphed over red-hot favourites Manchester United –  to training multiple Group 1 winners. However it took Channon four years, not four months, to train a Group 1 winner.

It took Joe Janiak, incidentally, six months to graduate Takeover Target (Celtic Swing) from a Queanbeyan maiden win to Group 1 success in the Salinger Stakes at Flemington in 2004.

Janiak, of course, despite being typecast as the battling taxi driver, had had plenty of experience with horses and was known for landing the odd plunge on smaller tracks in New South Wales and southern Queensland.

He was no “mug” which was evident from his handling of this fragile galloper who certainly couldn’t be pushed on the track. His immaculate presentation of Takeover Target drew praise from renowned trainers all around the world.

Janiak may not have been a novice but nor was he widely known before Takeover Target, and their exploits rank as Australia’s greatest racing story since the 1940s and the intrigue which surrounded the great Bernborough (Emborough) which is a story for another day, and like Takeover Target, could easily a movie make.

Janiak bought Takeover Target for $1375 (including GST) after persistent leg and joint injuries, including a fractured knee, had him marked as “high risk” for his original owners who included his then “gun” but recently retired Sydney trainer John Morish.

Morish wasn’t unaware of his ability. ‘If you spell him for a year and get him sound I’d be happy to have him back,” he told Janiak according to a Sydney Morning Herald report in May 2004 – after Morish’s retirement from training, that year, and Takeover Target’s third win.

Morish, 53, was found dead from an accidental single gunshot wound at Katherine in the Northern Territory, in September that year.

Vic Rail, like Janiak, was largely unknown before the wonderful front-runner Vo Rogue (Ivor Prince) appeared in Melbourne early in 1987.

Rail, who tragically died at just 49 after contracting the Hendra virus, was unorthodox – to say the least – in his methods. He wasn’t fond of shoes on himself or on his horses.

Veandercross, trained early and principally by Wanganui metalwork teacher Chris Turner (with later assistance from John Wheeler), was another of racing’s great stories with Turner teaching himself to train via books.

He bought Veandercross (Crossways) and his dam in-foal for just $NZ1400. Turner had never trained a horse before but learned the basics from reading and with a little help from fellow Wanganui trainers.

Veandercoss, the horse who should have won the 1992 Caulfield Cup, won 15 races including nine at Group 1 level. He won the Mackinnon Stakes and finished second in the Melbourne Cup after jockey Shane Dye’s controversial wide ride saw him beaten a nose by Mannerism in the Caulfield Cup.

South Australian apprentice Lauren Stojakovic’s win on the aptly named Miracles Of Life (Not A Single Doubt) in the 2013 Blue Diamond Stakes is also worthy of a mention in the great left field wins.

Stojakovic, little-known outside her home state before partnering the filly to win the Listed Blue Diamond Preview, had the pressure of being aboard the Diamond favourite but remained undaunted and produced a copybook ride.

Stojakovic was the only female jockey in the field of 14, had the least experience and the poorest winning strike-rate.