Durdens make most of small team from their coastal training base 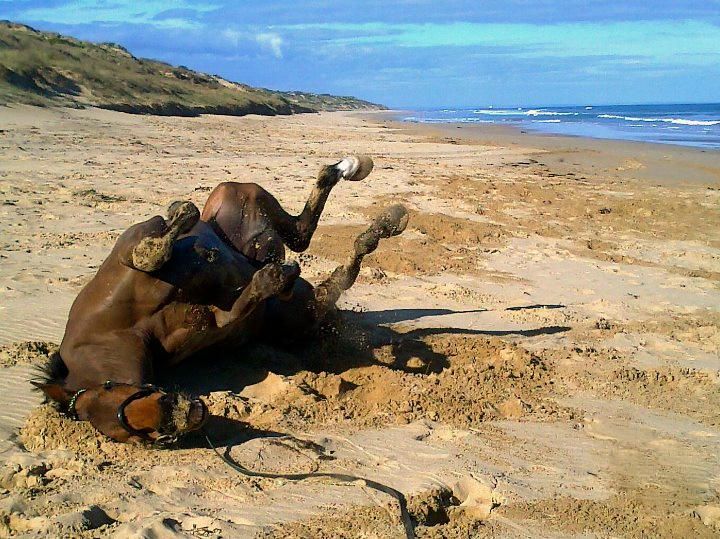 Not the Hunter nor Barossa, not even the Reef, it was the picturesque wine and food (and a few horses including, once upon a time, Kingston Town and Makybe Diva) district of the Mornington Peninsula which was the only Australian region named as one of the must-see places in a recent National Geographic annual.

That’s why I live there.

However, it is certainly inundated by tourists at this time of the year and every now and again I trek to the dark side which, in this case, is the Bellarine Peninsula – gateway to the Great Ocean Road and south-west Victoria – on the other side of Port Phillip Bay.

It’s easily accessed via the car and passenger ferry from Sorrento to Queenscliff – a 40 minute expedition which gives the Manly ferry a run for its money.

I meandered along with “Scone”, need I even mention his full name, to take in a couple of superb golf courses and encounter a couple of champions – one still with us, the other long gone but one whose story – although not that long ago – is of another era.

A visit to the famed Bell’s Beach, not that the long boards left the roof racks, preceded a visit to Kathryn and Craig Durden’s training property at nearby Moriac. It’s not lavish but practical and with its own charm enhanced by the tree lined sand gallop and complemented by their easy manner and hospitality.

Craig retired from the saddle in 2010 after winning the Tommy Corrigan medal seven times. He was among the best jumps jockeys we’ve seen. Kathryn began working for the great Colin Hayes soon after she finished school. She travelled many of Lindsay Park’s great horses including Better Loosen Up.

Both still ride track-work which gives them an edge but also allows them to run a tight ship with only a couple of casual staff. “We only have eight to ten in work now. That’s how it is these days. You either have that number or 100, that in-between 20 or 30 is really hard to make work given the staff you have to have,” Craig said.

The couple have consistently been able to produce feature race winners as trainers but one – the mighty Wells stands out even if as a son of Galileo he trod a path not originally anticipated.

Wells won the Grand National Steeplechase three times. The first was in 2014 but the second came two years later after he was sidelined for almost 20 months with a joint infection which spread to the bone and threatened his life, let alone his racing career. Bashboy, who’d won the National in 2012 and 2013, won it again – in Wells’ absence – in 2015.

Wells carried 71.5 kilograms in his third win and 73.5 kilograms when he attempted a record fourth win in 2018 and 2019. He unseated regular rider Richard Cully in 2018 and was retired after his brave third this year. “He’s done his job and that’s it but he still looks at me as if to say ‘when are we starting work’,” Craig said.

From Moriac we trekked to Terang and Warrnambool to take in racing at both venues and goodness me, even the “red hots” at the former.

The wonderful sprinter Grey Sapphire (Deep Sapphire), whose wins included the Moir, Manikato, Liston and Healy Stakes’ and whose photo adorns the bar, is almost certainly the best galloper to come from Terang but not the best horse. That distinction would sit with the pacer Gammalite who is buried at Dalvui Raceway (the Terang trotting track).

He raced at a time, which now seems eons ago, when the great harness horses – Paleface Adios, Popular Alm, Pure Steel, Maori’s Idol, Koala King, Hondo Grattan and countless others – were household names. Gammalite won his first Inter Dominion in Auckland defeating arch-rival Popular Alm for only the second time in their illustrious careers before claiming his second title in Adelaide.

They say the sport – pacing and trotting – died with Vin Knight. I suspect that the moves to Moonee Valley and Menangle, taking the sport away from the people and gradually out of the mainstream psyche, probably hastened the decline.

There’s a lesson there for the thoroughbred industry – if you slip out of mainstream newspaper and electronic media coverage you’re on a path which is only descending.

As to the golf, there are two hidden gems if you’re heading this way. Peterborough on the rugged coast and, inland, East Framlingham. Both in great order, both $15 to play (in the honesty box) and – most of the time – you’ll walk straight on. And yes they have greens, not sandscrapes. Nine holes only but you can play them again from different tees. These are treasures.