Ellis happy he put his faith in dominant Richards 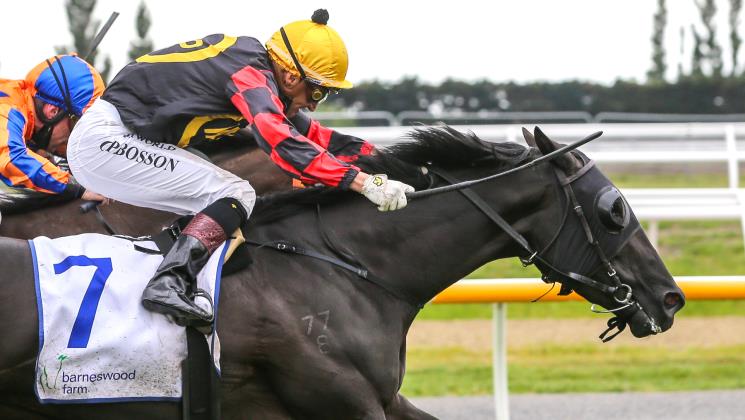 “If there is one thing I truly enjoy in life, it is identifying young talent.  Giving it the opportunity to grow and develop, and realise its potential.”

Those are the words of New Zealand racing supremo David Ellis, the man behind the all-conquering tangerine army of Te Akau Racing, and they were spoken in reference to the stable’s head trainer Jamie Richards who, on Saturday, prepared the first, second, third and fourth-placed horses over the line in the New Zealand 1,000 Guineas (Gr 1, 1600m) at Riccarton.

The winner, The Perfect Pink (Savabeel), brought up Richards’ 50th elite-level victory since taking the helm of Te Akau in 2018 and his extraordinary achievements, all at the age of just 31, continue to vindicate the strong belief Ellis has in him.

“I had observed Jamie Richards for some time. A Sunline Scholarship recipient, he had worked for New Zealand Bloodstock and Waikato Stud before I appointed him as our racing manager. I had a long chat with Jamie about his future aspirations and he said: ‘Dave I want to be a trainer. So we set about making this happen.

“Stephen Autridge returned to help mentor Jamie, I continued to buy quality bloodstock for him to train, breeders continued to give us lovely horses to prepare for them, we surrounded him with the very best team.

“Our owners also supported us appointing a young man with a terrific work ethic and attention to detail. They shared Karyn’s and my belief in Jamie and his ability and we are so proud to have seen his career go from strength to strength at Te Akau,” said Ellis.

While having high-quality stock to work with certainly helps, it’s sheer hard work and dedication that sits behind much of Richards’ success.

“It’s been a big learning curve. You dedicate your life to it if you want to be successful. It is your life and you don’t get a lot of time off but you work hard and get stuck into it and you need to know your horses inside out and know them on a one-on-one basis,” said Richards.

“There’s a lot of lows and highs, but on days like Saturday you have to appreciate and savour and that’s why everybody working here for us makes sacrifices to get up early and work long and hard hours and be here when it’s cold and wet.

“The success we are having is contagious and people want to be a part of it which is exciting.”

The son of a former jockey and trainer, Richards was always destined to forge a career in racing.

After working in many facets of the industry including a stint in marketing with New Zealand Bloodstock and some time at Waikato Stud, he eventually settled on the idea of becoming a trainer.

“It’s such a big industry and it’s important to get a grasp on the different aspects of it. Horses come first and are most important but pedigrees and dealing with staff and owners and logistics are too.

“It’s a very complex, big business and you have to have your finger on the pulse with a lot of aspects,” he said.

Richards says Ellis has been the single biggest influence on not only shaping his career but his life in general.

“As an overall person and boss, he’s groomed me and got rid of a few rough edges and sorted a few things out.

“He’s pretty much shaped me into who I am today. He’s been the biggest influence on my career not just professionally but also on a personal level in terms of making the right decisions and all those sorts of things and helped me get going.”

Being able to deliver racetrack outcomes such as what he did with the Te Akau team at the weekend is deeply important for the focussed young trainer.

“David gets a huge sense of satisfaction out of seeing the stable going well and that’s a motivating factor for me because of the faith he put in me to give me the job when I was young and inexperienced.”

Richards lives and breathes his work and with 120 horses under his care at Matamata doesn’t have much time for anything else.

“You might try and switch off and watch a bit of Netflix every now and again but ultimately it’s seven days a week and I am constantly thinking what’s happening why didn’t that horse perform as well or why is it not eating as well or why did it gallop poorly, is there something we are missing.

“There are a lot of different things that go through your mind. If you want to be successful you have to make it your life.

That ethic is working wonders for Richards at the moment and he looks well on the way to becoming one of the greatest trainers in New Zealand racing history.