Entertaining and crowd-pulling: why the picnics remain one of racing’s best days out 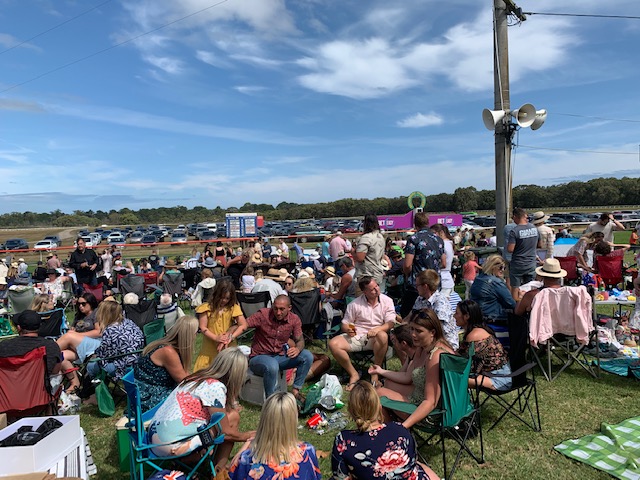 Big crowd, a buzz in the betting ring, carnival atmosphere and a very good racing surface. No, not Flemington, but the Australia Day picnic races at Balnarring.

The formula is simple, of course. Twenty bucks to get in – kids go free – and then please yourself. That is, you may bring in your own food and beverages and thus cap your on-course spend, which was enough to motivate an estimated 5,000 people to attend last Sunday.

There is no surprise that the picnics are popular, but perhaps they are underestimated in their value as racing’s shop front, especially as racing becomes more and more a television sport. The trouble is this: racing is a very good television sport, but only once you’re already engaged.

Thus we still need people to go to the races, any races. We still need kids and teenagers to be exposed to it live. You can touch the horses at the picnics. You can have an affordably good time.

You can spare me the propaganda that Racing.com, or any similar outlet, engages a new audience. Nobody channel flicking will suddenly become absorbed by horse racing, but a trip to the picnics just might do it for some.

I wouldn’t be the first to muse that there might be a lesson here for metropolitan clubs – at the very least a BYO race-day might strike a chord with families.

I’d no sooner go to a routine city race meeting these days than go bungee jumping. I value my own cocoon when it comes to backing a winner and keeping my spleen right where it is.

But the picnics are a different story. You might have a bet (and I did), but just for fun. More importantly, you’ll have a pleasant afternoon in an environment where – as one picnic regular  told me – you’ll never see a “blue”. That is to say there’s nobody telling you you can’t take that drink there or that ice cream up those steps.

It’s a refreshing and reassuring day out, watching a raft of people care for horses who are not, and never were, very fast. Watching amateur jockeys wasting as hard as their professional counterparts without ever having the compensation of a big prize-money win.

The picnics are now playing an ever more important role in sustaining the careers of horses who would otherwise have been banished from the racing scene much earlier.

You might argue their worth was acknowledged just last month when Minister for Racing Martin Pakula announced that the Labor Government would invest $100,000 from its Victorian Racing Industry Fund into picnic horse racing venues.

But I’d argue that’s a party sum given that it was allocated to eight venues and supplemented by just $50,000 from Racing Victoria and Country Racing Victoria.

The picnics are worth more than that and I’d very strongly argue that any governing body spend could be happily absorbed within marketing and public relations budgets, rather than  operational, because no racing provides better advertising and goodwill than the picnics.

The Balnarring Picnic Race Club has a history dating back to 1863, still races on the same site in Coolart Road and continues to serve the wider industry as the host of barrier trials,  which have been graced by many a high-class horse.

Incidentally, the 2020 Balnarring Cup was won by I’m Peter, who is trained by Monica Cid and was ridden by apprentice Tracey Johnson. It was Johnson’s second winner for the season, with the first coming just 24 hours earlier at Yea on the Mark Pegus-trained Veraj, and that being her first since 2006.

The picnic racing circuit moves to Healesville this Saturday (February 1) and then to Woolamai, near Phillip Island, on February 8 before the much anticipated meeting at Buchan on February 15.

Buchan Racecourse was scorched in the recent Gippsland bushfires and the photo of its burned winning post has become a significant image of the crisis. The Buchan and Gelantipy Race Club will be able to stage its 133rd cup meeting after approval from Country Racing Victoria.

This meeting will be worthy of your support. Any picnic meeting, and the season continues until March 12, is worthy of attending.