Equimillion the most important announcement of the year 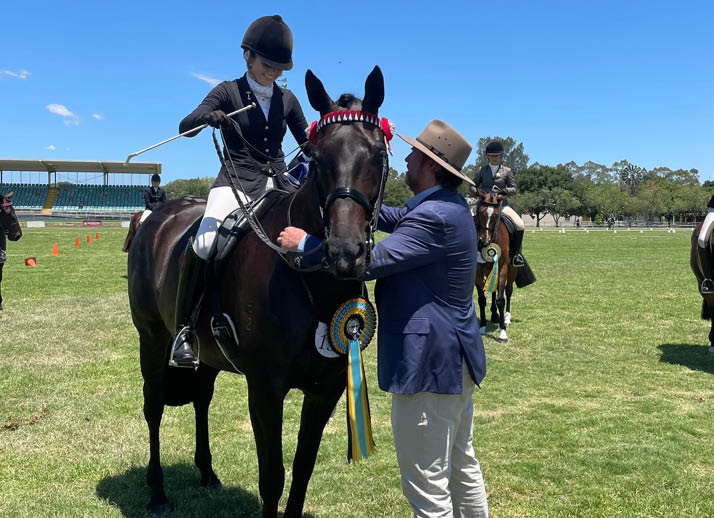 Just as The Championships at Randwick were about to reach a crescendo, Racing NSW this week announced a game-changer for the never-ending challenge of rehoming Thoroughbreds – an equestrian event to be known as Equimillion.

With a proposed minimum of $1 million in prize-money, exclusively for retired racehorses, Equimillion is designed to showcase the versatility and suitability of thoroughbreds for careers outside of racing, with the inaugural event to be held on the October long weekend in 2023.

It’s expected that the lucrative prize-money on offer at Equimillion will be distributed across a range of disciplines and classes, in what will be the biggest two-day equestrian event ever staged in NSW.

The competition will include eventing, showjumping, dressage, and showing with a particular focus on amateur competitors.

“Equimillion will become the go-to event for equestrian competitors in all disciplines,” said Racing NSW chief executive, Peter V’landys AM.

“It has the potential to carry more than the $1 million in prize-money and in time will be not only a major equestrian event but a major event for NSW with competitors coming from all states of Australia,” he added.

While the finer, all-important details of the concept and actual conditions of the competition are not yet public, it has been widely applauded within and outside of the racing and breeding industry.

Golden Slipper (Gr 1, 1200m) winning trainer Gary Portelli, a successful show rider in his younger years, said: “Great news from Racing NSW. I’m sure this massive prize-money will attract unprecedented interest in our retired horses. Might have to get the jodhpurs out again soon.”

I believe this is one of the single most important initiatives so far in the equine welfare space. It further incentivizes equestrians all over Australia to grab hold of a retired thoroughbred and prepare it for competition.

Equimillion comes at a time when the use of retired horses has started to wane in disciplines such as showing, eventing and jumping with riders often opting for other breeds that they perceive to be sounder of mind and body, such as Warmbloods or cross-breeds.

I have seen and heard this firsthand for quite some time and it has been a cause for concern. Experienced riders and trainers have put thoroughbreds in the ‘too hard basket’, finding them difficult to market and sell as pleasure and performance mounts.

But already, I can sense that trend changing and I have in fact been directly contacted by young riders who are on the hunt for an off-the-track horse so they can become part of the growing number of events popping up all over the country.

Putting on decent prize-money will also help riders and owners to offset the high costs of having a retired thoroughbred in the paddock or stable at home. Felt ribbons don’t pay the large feed, farrier and vet bills.

Another huge plus about Equimillion is the focus on amateur riders. They are the majority and deserve every opportunity to compete in events of this calibre. It’s near impossible to beat the small handful of professionals on the circuit but this will open up the playing field which will have a positive flow-on effect at the initial placement end of the whole rehoming process.

Last Wednesday’s announcement also stated: “Racing NSW will host an auction for recently retired thoroughbred racehorses, with those horses purchased at the auction being eligible to compete at Equimillion.”

It’s not yet clear whether these will be the only horses eligible to compete at Equimillion. I hope that’s not the case. Yes, by all means put certain classes on for specific graduates of that sale but I hope they don’t close off the entire competition to the hundreds of other off-the-track horses all over the country that are already out there enjoying life after racing in different disciplines.

Those horses and riders must be able to take part. They will not only add quality and entry numbers to the event but also be the ones, especially in the first few years, that best showcase the virtues of thoroughbreds and build the standing and credibility of Equimillion.

The reality is that it often takes years to get a thoroughbred to a decent competition standard. Most graduates of an auction, whether it is held this year or early next year, will not be ready for an event in 2023. They will not be seasoned enough, condition or education wise, to really shine.

So, I hope that when further details are released we find it’s open to all comers.

Finally, and importantly, one other aspect I applaud is that by running an event like this Racing NSW will no doubt manage the integrity aspects to the high standard they already do in racing.

You would expect that drug testing and the rules of engagement will be stringent. That is good for horse sport in this country and may set some strong precedents when it comes to general rider and horse safety.

Believe it or not, there are some naysayers out there chipping Equimillion. Frankly, they are kidding themselves. How on Earth can this not be a good thing for the racing and equestrian industries?

It’s the most exciting and important announcement of the year so far in Australian racing. Bravo Racing NSW.

Now, I had better get my act together with my own off-the-track horses…