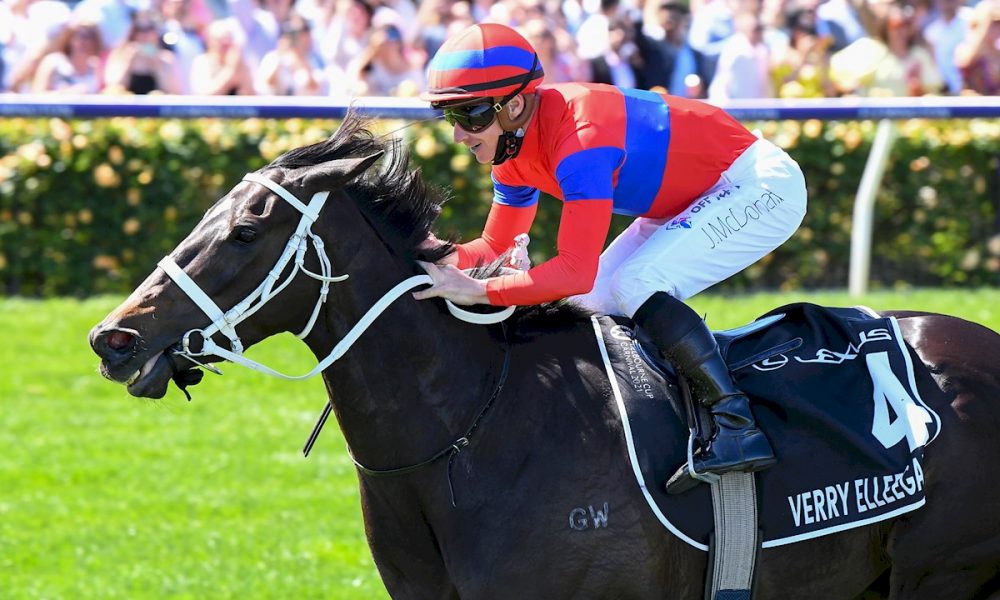 He died before his findings were published but Australian Bruce Lowe left a huge legacy when he devised a breeding system based upon tracing Classic winners to their earliest-known roots.

Assigning the number one to the family that produced the highest total of Classic winners (he used the Derby, Oaks and St Leger), led to a total of 43 separate families.

His late 19th century works were expanded, first by Herman Goos and during the middle of the 20th century were further researched and expanded by the Bobinski-Zamoyski partnership, with The Bobinski Tables.

Lowe’s actual numbers have lost their relevance in terms of performance but his original idea of categorizing by family remains a key ingredient of pedigree research. When faced with two mares of the same name, Lowe’s family number (and the year of foaling) ensures accuracy.

The writer wishes the numbers were retained in sales catalogues, an opinion held by none other than Sir Patrick Hogan in his biography, “Give A Man a Horse.”

Nonetheless, Lowe was a strong believer that the mare’s bloodlines were hugely important regarding breeding good horses. Obviously, breeding is not possible without a stallion yet stallions have mothers too.

Families are the feature this week initiated by the result of the Marton Cup (Listed, 2200m) run at Awapuni on Saturday.

Taking her record to eight wins from 20 starts is Our Hail Mary (Ocean Park) who, interestingly, was bred by Sir Patrick and Lady Hogan, the mare adding to her Trentham Stakes (Gr 3, 2100m) victory a year ago.

Soon after straightening she was not making any impression on the leader Sir Nate (Nadeem), who was seemingly well in control. The latter was swamped at the 50 metres and Our Hail Mary, developing a second wind, dived past for the win.

Winning trainer Alan Sharrock was aware that she might hit “a flat spot” and advised jockey Johnathan Parkes to “just try and ride through it”, to keep her going and she would respond, and that’s exactly how it panned out.

Runner-up, House Of Cartier (Alamosa), enjoying her career-best form, also got going late and was taking ground off the winner, yet a shade too late.

The two are very closely connected. Our Hail Mary’s dam Repenting (Ekraar) and House Of Cartier’s dam Shez Sinsational (Ekraar) are sisters, keeping things very much in the same family.

That fact was not lost on Sharrock. “Interestingly enough the runner-up is out of (our) Shez Sinsational, so it was a real family result to the race,” he said.

Repenting managed a maiden win but her sister, Shez Sinsational, trained by Sharrock, was named Champion Stayer of 2011-12 and claimed the 2012 Auckland Cup (Gr 1, 3200m).

It was pure class that saw her get the 3200 metres Group 1 because she also won three elite– level races at weight-for-age, namely the Zabeel Classic (Gr 1, 2000m), the Hawkes Bay Spring Classic (Gr 1, 2040m) and the Waikato International Stakes (Gr 1, 2000m), these days run as the Herbie Dyke Stakes. In other words, the big three WFA middle distance races of each season, making her a special mare indeed.

She retired with 12 wins including the Hollindale Stakes (Gr 2, 1800m) in Queensland and, at the back end of her three-year-old season, finished a long head second in the Queensland Derby (Gr 1, 2400m) won by Shootoff (Duelled).

Grandam Original Sin (Shinko King) was an Ellerslie Listed placed dual winner and produced just five foals, all of which were winners.

Popular bloodstock agent Robert Dawe purchased Original Sin as a yearling at the Karaka Select Fillies Sale in 2001 on behalf of the Karaka Group (managed by Mike Tololi) who bred Repenting and Shez Sinsational.

An annual tradition at this time of year is leafing through the Karaka sales catalogues, sitting in the sun with a cup of coffee and hoping to discover a gem.

The writer is always surprised upon finding a yearling from a mare that one would swear has only just finished racing. Time certainly does rush by.

From the day that the late Glyn Tucker, former Keeper of the New Zealand Stud Book, gave an interesting lesson on inbreeding, the subject has been one of continued fascination. Verry Elleegant (Zed) was bred to a formula by her breeder Don Goodwin. He was very keen to double up on the Eight Carat (Pieces Of Eight) blood. Eight Carat is the fourth dam of sire Zed (Zabeel) and dam Opulence (Danroad). In fact, Eight Carat’s daughter Cotehele House (My Swanee) is their third dam. Due to the double up taking place in the fourth generation, the term line-breeding is perhaps more appropriate here.

John Corcoran of Grangewilliam Stud will offer a three-quarter blood sister (Lot 293) to Verry Elleegant in March but the filly is bred, not twice, but three times to her own dam’s line.

Danehill appears in the exact same position as set out in Verry Elleegant’s lines but this mix is all the more interesting because the Danehill stallion in this case, Viking Ruler, is a grandson of Diamond Lover (Sticks And Stones), in turn a daughter of Eight Carat.

Corcoran offered a brother to the filly last year but passed him in. The difference, this year, is that Lot 293 is a filly, her second foal.

The Glyn Tucker lesson discussed the female line of a wonderful miler named Triton (Pakistan II) who began his racing career in New Zealand, winning, from memory, his first six in succession. His last win here was at Riccarton in the 1971 Winter Cup (Gr 3, 8f) before heading across the Tasman where he proved to be right up with the best.

Triton then went north to Brisbane and scored Queensland’s greatest race, the Stradbroke Handicap (Gr 1, 7f) but in October, back at Randwick, he had his revenge against Gunsynd, getting to the line first over the “Goondiwindi Grey” in Randwick’s other chief mile, the Epsom Handicap (Gr 1, 8f).

In 28 starts, Triton won 13 before retiring to stud. He stood just three seasons and according to Arion Pedigrees sired two stakes winners and 60 individual winners from 74 foals.

Hauani’s sire, Davey Jones, was by Neptune (Hyperion) out of Celebrity (Nothing Venture) from Cinna. By some coincidence, Davey Jones took out an Epsom Handicap and also ran second in the Doncaster Handicap, identical to Triton.

Hauani’s dam, Into Wind (Whistling Wind), was from Celebration, a sister to Celebrity. Another twist: Whistling Wind was the grandson of Cinna.

Cinna’s impact on the New Zealand Stud and Australian Stud Books was immense. No fewer than five of her sons were imported, two of which were champion sires including the amazingly successful Beau Pere (Son-in-Law).

Beau Pere took New Zealand and Australia by storm in the 1930s, was champion sire twice in New Zealand and three times in Australia. That caught the attention of famous film-maker Louis B Mayer who purchased the stallion for $100,000 and stood Beau Pere for the then-unheard-of fee of US$2,500 in 1946.

Although less successful than these three, both Dink (Nothing Venture) and Gay Shield (Gay Crusader) would sire stakes winners and can be found in many pedigrees.

In more modern times, Vice Regal (Bismark II) is from the Great Northern Oaks (Gr 1, 12f) winner Kind Regards (Le Filou) whose dam Waft was bred 3×3 to Cinna. Waft’s dam Illustrious ranks as a sister to Davey Jones and a sister-in-blood to Hauani’s dam Into Wind. Vice Regal enjoyed a top-class reputation as a sire.

Cinna herself was in-bred. Her sire Polymelus (Cyllene) and her dam Baroness La Fleche (Ladas) were out of half-sisters.

Ellerslie’s Gingernuts Salver (Listed, 2100m) on Sunday gave us a glimpse of a possible Derby contender when White Noise (El Roca) put up a sound staying performance to claim his fourth career victory and second stakes success at start eight.

A patient Ryan Elliot bided his time near the back of the field until after the 1000 metres then went forward at the 800 metres and although three deep, was much handier past the 600 metres. Wider rounding into the straight he found himself in tight quarters, got a narrow split at the 250 metres then kept driving between runners to take over inside the 200 metres. To the line he was hounded on his inner by Regazzo (Tavistock) but had enough in reserve to hold out the challenge.

At his previous start he ran on for sixth in the Auckland Guineas (Gr 2, 1600m) but two starts back White Noise scored with a good finish in the Wellington Stakes (Gr 3, 1600m) at Otaki.

He is the second winner (both by El Roca) from his unraced dam White Nymph (Sir Percy), a sister or half-sister to five winners, the best being Freshwater Storm (One Cool Cat) who earned close to $400,000 from 11 wins in Australia.

Tarex (Tarzino) got the ball rolling with his breakthrough win in race two. He was having his third start and was probably due having lost in a head-bobber after a strong finish over at the Sunshine Coast. Back early, he improved quickly short of the straight, then half way down the straight raced away for an easy win.

Also breaking his maiden was Gambu (Redwood). From the Chris Waller stable, Gambu was having his first start, got back early, saved ground before the last corner then pulled out into the centre of the track from the 300 metres. In a couple of decent strides he took over. The winning margin was shrinking late but he had the race under control.

Formerly trained in New Zealand where she won three times and was Listed placed, Serena (Swiss Ace) claimed her first win in Australia by leading all the way over the 1350 metres in race nine. The mare had been racing mainly in Sydney and found this class a little easier, her previous win taking place a year ago at Wanganui.

Haunui Farm’s Belardo (Lope De Vega) had a day to savour on Sunday, his Fellini and Bella Luce taking out races two and three, both over 1200 metres.

Fellini’s earnings will assure him a start in the rich Karaka Million (RL, 1200m) to be run at Ellerslie on January 22 and brings him well into contention for the feature.

From the powerful Jamie Richards Te Akau stable, the gelding was having his third start and second win, wearing down the pacemaker and favourite Time Flies (Time Test) who is also trained by Richards, the two split at the post by Alabama Gold (Turn Me Loose).

On debut, Fellini finished a distant third at Matamata in October to tearaway winner Mascarinto (Per Incanto) before heading to Pukehohe for his clear-cut maiden success.

The latter was a last-start winner of the New Zealand 1,000 Guineas (Gr 1, 1600m) while La Crique showed great fight when finishing a buffeted third behind the then unbeaten Pareanui Bay at Listed level at Te Aroha later the same month.

At the 100 metres these two separated themselves from the rest with The Perfect Pink looking to hold the upper hand but La Crique, in identical fashion to her determined finish at Te Aroha, came back hard near the line to gain a first class win.

John Thompson of Rich Hill Stud, home to the winner’s sire Vadamos (Monsun), proudly commented:  “It was a very brave effort on the part of both fillies. They were well clear of the rest which indicates a superior performance.”

Unfortunately, neither filly is eligible for the upcoming Karaka Classic (RL,1600m) in a couple of weeks’ time. Their clash would have been well worth the price of admission.