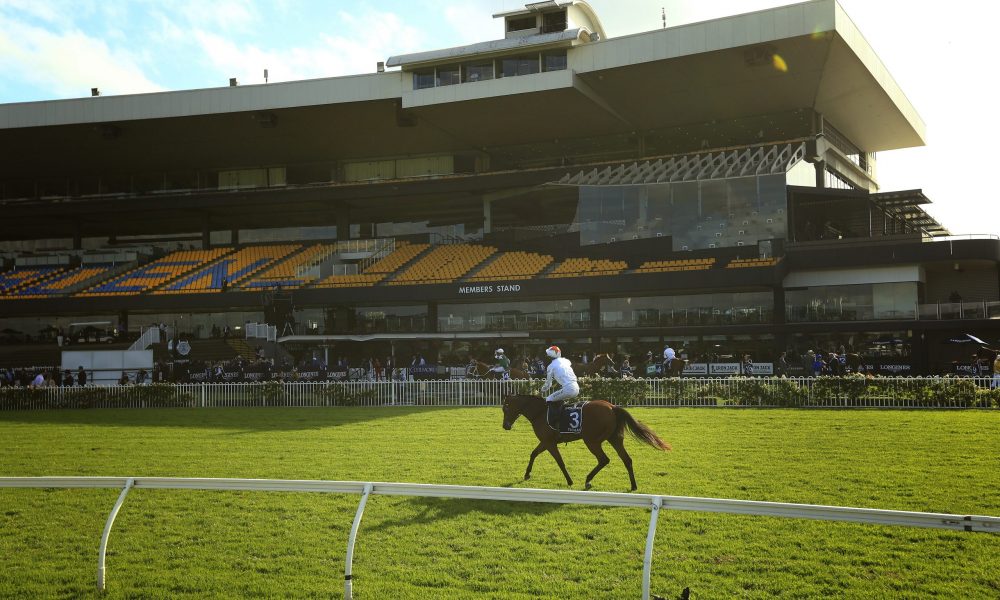 Farnan (Not A Single Doubt) staged a brilliant performance in overcoming his wide barrier in winning Saturday’s Golden Slipper Stakes (Gr 1, 1200m), aided by a well-rated ride from Hugh Bowman.

After beginning quickly from barrier 12, Farnan worked in the early stages, covering the first 200 metres in a conservative 13.49 before crossing clearly to the lead with the next 200 metres proving a more taxing 10.93 – the first 400 metres on the Soft 5 track clocking 24.42.

That saw the high-speed colt return a 600-metre section of 34.15 (from the 800m to the 200m) before Farnan demonstrated his class in repelling bids from Away Game (Snitzel) and Mamaragan (Wandjina), running his final 200 metres in 11.58 to win comfortably by a length and three quarters.

The Gai Waterhouse and Adrian Bott-trained colt is now the winner of five of his six starts with prize money earnings of $2,502,200. Connections subsequently announced Farnan will now be spelled and reserved for his three-year-old term.

The runner-up Away Game has now established a unique juvenile record, winning the Magic Millions 2YO Classic (RL, 1200m) at the Gold Coast in January, running a close fourth after a torrid run in the Blue Diamond Stakes (Gr 1, 1200m) in February, supported now by a brave Golden Slipper performance.

The third-placed Mamaragan also achieved a rare achievement, the colt proving to be so competitive in Australia’s richest two-year-old race when having only his second race start.

The John Thompson-trained colt looks to have a very bright future.

Earlier in the day, his vastly more experienced stablemate Dreamforce (Fastnet Rock) broke through for his first Group 1 victory after a well-rated, front-running ride by Nash Rawiller saw the seven-year-old take out the George Ryder Stakes (Gr 1, 1500m).

Those tactics saw him hold off The Bostonian (Jimmy Choux) who continued to make ground in the sprint home, failing by a short-neck at the post, with a final 600-metre time of 33.75 (11.25 200m rate).

However, the tactics of the race proved the undoing of the favourite Te Akau Shark (Rip Van Winkle), who made ground without threatening from back in sixth place at the 600 metres to take third, a length and a quarter further back.

By that stage of the day at Rosehill, a strong line of thought had developed regarding the track as favouring horses either leading or racing close to the pace.

That could be correct but On The Watch would also like to point out that the moderate early tempo in a number of races would have had a significant bearing on the results, as in the aforementioned George Ryder Stakes.

And that certainly included the Rosehill Guineas (Gr 1, 2000m) where Castelvecchio (Dundeel) raced relatively close to the pace before defeating Prince Fawaz (Fastnet Rock) by a half-length in a time of 2:04.10 in a race that also developed into a sprint home.

That certainly made the task of the favourite Shadow Hero (Pierro), who was back in tenth place at that stage, very tough with the Randwick Guineas (Gr 1, 1600m) winner then making ground without looking dangerous for fourth, clocking a quick 34.47 (last 600m) and 22.91 (last 400m).

But the races where a lack of a genuine early tempo was most noteworthy were the Ranvet Stakes (Gr 1, 2000m) and the N E Manion Cup (Gr 3, 2400m), which were both taken out by the Newmarket-based trainer William Haggas and English-born jockey Tom Marquard.

Addeybb (Pivotal) staged a strong staying effort in taking out the Ranvet Stakes in impressive fashion at his Australian debut after being taken to the front by Marquard.

After clocking a very moderate 1:19.58 (13.26 200m rate) for his first 1200 metres, Addeybb rallied gamely in the sprint home when tackled by the favourite Verry Elleegant (Zed), that pair staging an exciting battle before the English import scored by a half-length in a time of 2.04.90.

The N E Manion Cup provided a similarly exciting finish with Marquard’s forceful style bringing out the best in the French-bred Young Rascal (Intello) who lifted gamely under his 59-kilogram top-weight to defeat the favourite Mugatoo (Henrythenavigator) by a long neck in a time of 2:31.54.