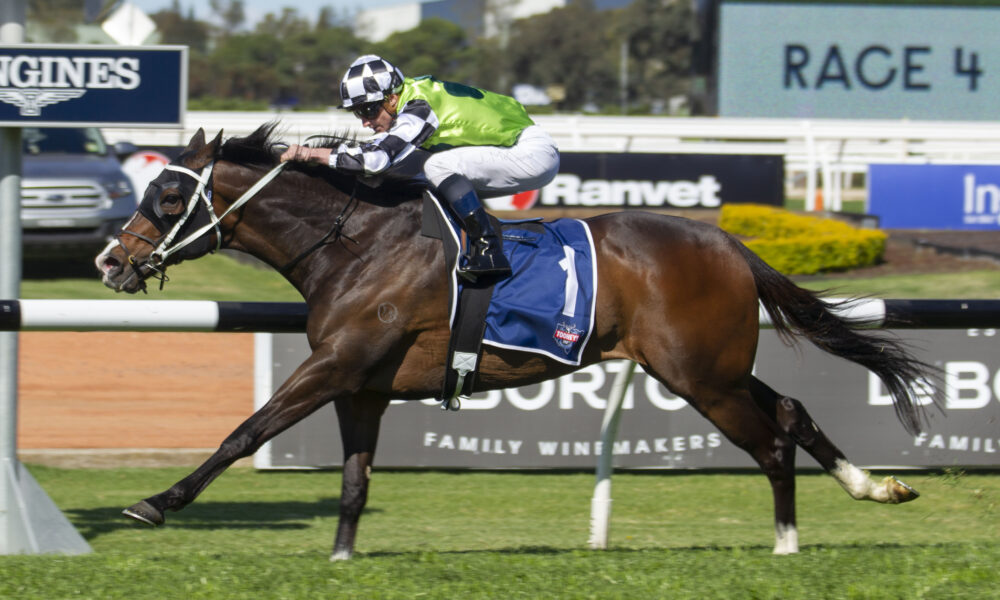 In a keenly contested finish where the first four horses went to the post less than a length apart, the Chris Waller-trained Mister Sea Wolf (Amadeus Wolf) fought back gamely under his top weight to score by a head in a time of 1:34.52.

That time was a tenth of a second faster than the previous record of 1:34.62, which was set by the Bart Cummings-trained mare Allez Wonder (Redoute’s Choice) in winning the Keith Nolan Classic (Listed, 1600m) in March 2009.

Having his fourth run this preparation, the Irish-bred Mister Sea Wolf had been given a good trip by James McDonald being handily placed just behind the leaders.

He was briefly held up at the home turn, got to the front at the 100 metres and then dug deep to beat the Mark Newnham-trained Quackerjack (Not A Single Doubt) by a head with Star Of The Seas (Ocean Park) a neck away third and Military Zone (Epaulette) a close-up fourth.

The pace was set by Jonker (Spirit Of Boom), with Nicoletta (Savabeel) at his girth, with Quackerjack then joining them three wide.

Of the trio mainly responsible for the quick pace, Quackerjack certainly did best in finishing a close second. It clearly was a very good effort but he did have a significant advantage at the weights with the winner Mister Sea Wolf conceding him seven kilograms.

Considering the track-record time, the fact that Mister Sea Wolf carried the 59 kilogram top weight to success, it would probably be that horse’s best career performance for the now eight-year-old in yet another example of the skill of his trainer Chris Waller in nurturing older horses.

In the opening race at Kembla Grange, the Godolphin-raced colt Destination (Exceed And Excel) staged a promising performance on debut in winning the Two-Year-Old Handicap (1000m) in the smart time of 57.70.

After being fourth early on, Destination improved to be outside the leader, went to the front at the 200 metres and then went on to score by a length and a half from the Mark Newnham-trained filly Mrs Maisel (Hinchinbrook).

Another horse to impress on the watch was the effort of the superbly bred mare Miss Fabulass (Frankel) in taking out Saturday’s Spirit Of Boom Classic (Listed, 1200m) for fillies and mares at Doomben.

Having her third run this preparation, the Kris Lees-trained mare settled well back in third last place in the 16-runner field, tracking a fast pace which was set by the speedy Spirit’s Choice (Spirit Of Boom), who only faded in the closing stages for (1.1 lengths) fourth.

In the meantime, Miss Fabulass had been taken deep on straightening but still seemed to be facing an almost impossible task before responding with a strong late bid to grab a short- neck victory.

It was Miss Fabulass’ third win in 11 starts and Saturday’s performance, in which she also carried 58.5 kilogram top weight to success, suggests she now looks primed to reach the potential she indicated earlier in her career.

Saturday also featured the running of the $1 million Railway Stakes (Gr 1, 1600m) at Ascot where owner-breeder Bob Peters produced another rising star in the shape of Regal Power (Pierro).

Having his second run back after winning the WA Derby (Gr 2, 2400m) in April, the highly consistent Regal Power took his record to five wins (six placings) from 15 starts in taking out the race with a barnstorming finish.

After being eased from a wide barrier by leading jockey William Pike, Regal Power settled in last place in the 14-runner field before fanning widest of all at the home turn.

He then finished too well to defeat the Godolphin-raced Best Of Days (Azamour), who conceded his younger rival five kilograms, by a half-length in the time of 1:35.89.

Now the winner of four races at stakes level, including Group 1 with a winning range from 1300 metres to 2400 metres, Regal Power certainly appears to possess the talent to prove effective at the stronger eastern states carnivals when, and if, connections elect to do so.