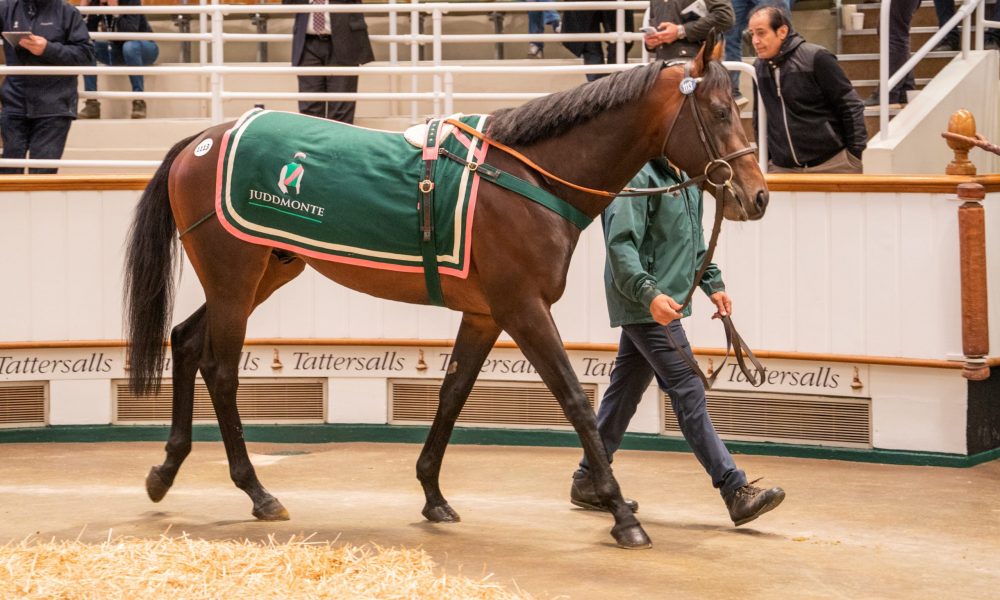 Australians continued their European buying spree late into Wednesday’s session at the Tattersalls Autumn Horses in Training Sale, with a first Tattersalls buy for the Sydney-based father-and-son training partnership Peter and Paul Snowden featuring among several purchases destined for Down Under, as Snowden Racing and Will Johnson Bloodstock purchased Lot 1113 for 250,000 guineas (approx. AU$480,100)

Cosigned by Juddmonte Farms, Old Flame is a three-year-old son of Invincible Spirit (Green Desert) that has two wins from four starts to his name and a BHA rating of 87.

“He will be on the first shipment from Europe to Australia,” said McCullagh. “He looks to have the right sort of profile for Australia and is by Invincible Spirit, who has such a huge influence here through his son I Am Invincible.

“He should suit a lot of races here over distances from 6 furlongs to a mile, he is a real sprinter-miler type. The prize-money here in Australia for this type of horse is so good. He has not been bought for a particular client and we will look to syndicate him.

“He came highly recommended by his trainer, who loved him every morning and evening. I have to give special mention to Will Johnson, who spent time in Newmarket as assistant to trainer Roger Varian. Will has put a lot of work into the catalogue and it is great to have someone with his knowledge of racing in the region.

“To have a horse from such an organisation as Juddmonte Farms speaks for itself – Old Flame has just two dams on the page and has a stallion’s pedigree.”

Formerly trained by Ralph Beckett, the colt was the first lot sold by Juddmonte Farms at this sale and will now head to the Snowden stable.

Australian regulars back for more

Australian Bloodstock, Ciaron Maher, and Gai Waterhouse were also back in the market after time of publication yesterday as the trio purchased another lot each.

The latter stretched to 230,000 guineas (approx. AU$442,000) for Youth Spirit. The wildcard lot is a three-year-old son of Camelot (Montjeu) and was consigned by Andrew Balding’s Park House stables.

Youth Spirit is the first foal out of unraced Fastnet Rock (Danehill) mare Rocana, who herself is a half-sister to two-year-old Group 2 winner Blaine (Avonbridge) and two-year-old Listed winner Bogart (Bahamian Bounty), with this the same family as Hanaady (Night Of Thunder), the filly purchased by Matt Cumani earlier in Tattersalls Wednesday’s session.

“I am extremely excited about that … I have been trying to buy the horse all year,” added McKeever. “There has been a lot of activity from Australia to buy this horse privately, for various reasons the sale did not quite happen.

“His level of form is outstanding, he is by Camelot, he is such a beautiful looking horse, he has absolutely everything going for him. I am surprised and delighted, thrilled, I am very satisfied that it is my buy of the year.”

Purchased out of the Roger Varian stable, the gelding has a BHA rating of 98 after claiming five wins from 16 starts.

Last seen when finishing midfield in a competitive Class 2 handicap at Ascot, Ascension was a 135,000 guineas (approx. AU$259,275) purchase by John and Jake Warren out of Highclere Stud at the Tattersalls October Book 1 Yearling Sale in 2018.

The second foal out of Listed-winning mare Making Eyes (Dansili), the gelding will now join the Victoria-based Ciaron Maher and David Eustace stable.

Again purchased out of the Roger Varian stable, the gelding has a BHA rating of 88 after two novice wins in four career starts.

The second foal out of Iffraaj (Zafonic) mare Perfect Step, who herself is a half-sister to the Listed-placed Fourth Way (Iffraaj), he is a half-brother to the Group-placed Cardini (Magician).

Queensland trainer Michael Costa also looked to Tattersalls to bolster his stable. The handler purchased Highland Rocker, a three-year-old son of Gleneagles (Galileo), for 80,000gns in conjunction with McKeever Bloodstock.

Catalogued as Lot 1144, the colt is out of US Grade 3 winner Cay Dancer (Danehill Dancer) and from the family of Cranbourne Cup (Listed, 2000m) winner Folkswood (Exceed And Excel).

Trained in the UK by John and Thady Gosden, Highland Rocker is the winner of two races for a BHA rating of 94.