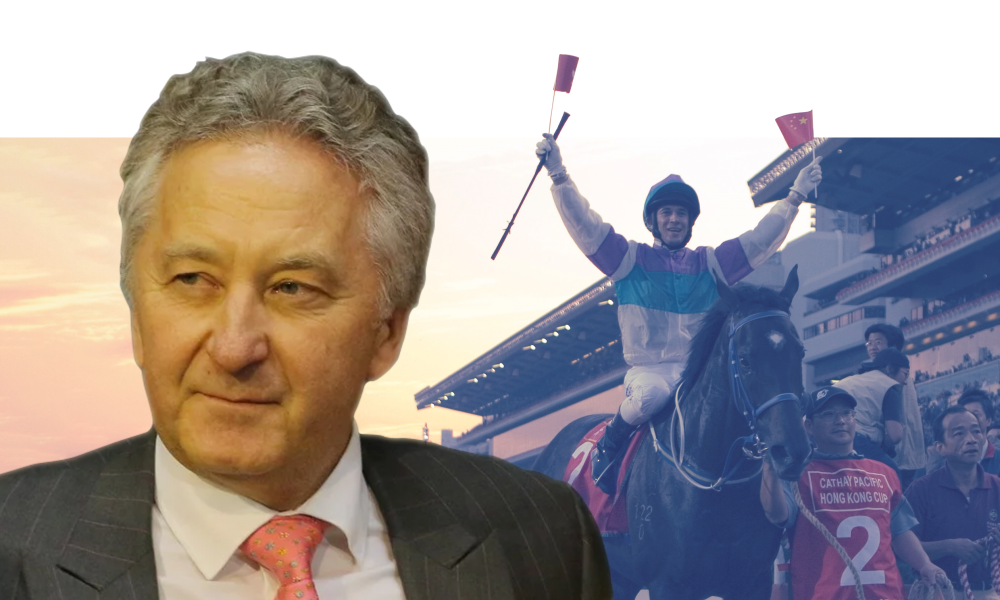 David Ferraris has told Asia Bloodstock News that he will take time out to clear his head in the wake of his decision last Sunday to hand back his trainer’s licence to the Hong Kong Jockey Club.

The multiple Group 1-winning handler, who will close out his 18-year tenure with five runners at Happy Valley tonight, has experienced a drop in his stable’s numbers across recent seasons and, with it, the quality of the horses he trains. His Olympic Stables base is currently home to only 30 horses – half the maximum number allowed – with an average rating of 49; the best of those being the 81-rated Bear Again (Var).

The situation is some way removed from the times when he nurtured perhaps the most talented stayer Hong Kong has ever had, Vengeance Of Rain (Zabeel), as well as the high-class miler Sweet Orange (War Front) and another champion stayer, Liberator (Encosta De Lago). But those days are nine years and more past.

“It was time to finish,” said Ferraris, who has trained four winners this season for a Hong Kong career total of 460. “I’m emotionally finished and exhausted mentally; I’m absolutely drained; it’s become so difficult to get support.

“I’m sad to leave these owners. I had already spoken to all my owners and I had arranged for their horses to be transferred to trainers I had recommended.”

Such is the trainer’s exasperation with the difficulties he has faced in attempting to reinvigorate his fortunes within the Hong Kong racing sphere, he added: “I do not want to train another horse, ever.” Should Ferraris – still only 58 and a Hong Kong permanent resident – hold to that, the sport would lose a lifetime of top-level knowledge.

Although recent years have seen him slide towards the foot of the Hong Kong trainers’ premiership, his reputation among his peers as a horseman of the first order has not been sullied.

“Hong Kong is very fickle,” noted Hong Kong’s former champion trainer John Moore, who was moved out when he reached the HKJC’s extended mandatory retirement age of 70 in 2020. “If you’ve trained for some people and haven’t had the success they wanted, then they talk amongst each other and it becomes a futile exercise trying to get them back on board. But they’ve lost a top horseman with Ferraris going.”

Ferraris had proven his ability before the HKJC courted him two decades ago. He had collected four champion trainer titles in South Africa and won the Durban July (Gr 1, 2200m) and Daily News 2000 (Gr 1, 2000m), among others of high status, before he arrived at Sha Tin ahead of the 2003-04 season. His success was to continue in Hong Kong, most notably with a ground-breaking overseas victory.

“Vengeance Of Rain’s win in Dubai meant a lot for Ferraris and the Hong Kong Jockey Club,” Moore continued. “It just showed that we were becoming a racing identity on the world stage. It’s gone on from there but that win was so important.”

Prior to the 2007 Dubai World Cup meeting, Hong Kong’s horses had begun to emerge onto the world scene thanks to the exploits of Silent Witness (El Moxie) but they had not yet succeeded outside of East Asia. Vengeance Of Rain changed that with a brilliant win in the Dubai Sheema Classic (Gr 1, 2400m), defeating the likes of the triple Prix de l’Arc de Triomphe (Gr 1, 2400m) runner-up Youmzain (Sinndar).

“No one had a clue as to how good Vengeance Of Rain was because he suffered from a serious atrial fibrillation,” Ferraris said. “He could have been twice as good as he was. You had to monitor his heart, you had to do the urine tests, the blood tests: he was just an absolute champion.”

Vengeance Of Rain also won the Hong Kong Derby (Listed, 2000m) and the QEII Cup (Gr 1, 2000m), as well as two races which were then designated as ‘local Group 1’ races but which now have full Group 1 recognition, the Champions & Chater Cup (2400m) and Hong Kong Gold Cup (2000m). In 2012 he sent out Liberator to win the Champions & Chater Cup, while Sweet Orange flew home first in the Classic Mile (Listed, 1600m)

“I can leave here with my head held high. I’ve saddled more Group winners than most of these people will ever saddle,” he added.

But Ferraris has reached a state of disenchantment with Hong Kong’s slipped mystique and the relentless struggle of trying to attract owners. His sometimes gruff demeanour and an honest, forthright line in dialogue have not always helped his cause in an environment where image is ever more important.

“He’s a character,” said Karis Teetan, whom Ferraris provided with his first ride and first winner in Hong Kong. “When you understand him, you understand that he’s different away from the racetrack, he’s a cool person, he’s the funniest person you’ll have dinner with.”

Ferraris is known among Hong Kong’s jockeys for the direct volleys he delivers should a ride not go as he expected and both Teetan and Neil Callan, currently riding in Bahrain, have been recipients.

“He’s a very nice person but as a trainer he can have a short fuse, and it’s because he’s so passionate about his horses, the care he gives them and the attention to detail,” said Callan. “Some people take him the wrong way.”

When a stable’s fortunes fade in Hong Kong, it is difficult to arrest the decline. Owners want to be seen to have horses with the en vogue ‘success story’ trainers, real or perceived, and, with limited numbers of permits available, Ferraris had fallen into the bottom rank on most owners’ lists of their preferred trainer.

His cause in trying to strengthen his stable has likely not been helped by the HKJC’s decision ahead of this season to change the trainers’ performance criteria. Trainers previously had to meet a minimum benchmark of 16 wins – 18 for those with Conghua satellite operations – or a minimum prize-money requirement of $21 million; this term, the prize-money backstop was removed and a new element was added, in which only two Class 5 races could count towards the final total of 16 or 18. Failure to meet the benchmark results in a strike in a ‘three and you’re out’ system.

Last season, Michael Chang – the only Hong Kong trainer to have won a race in the US thanks to Rich Tapestry (Holy Roman Emperor) in the Santa Anita Sprint Championship (Gr 1, 6f) – and Peter Ho received first strikes for failing to meet the old criteria. Ferraris had 17 wins, six of which were in Class 5, and, under the new rules, he would have received a strike with his tally reduced to 13.

Some trainers have welcomed the rule as the HKJC attempts to arrest the number of lower-ability imports to Hong Kong sourced by agents with limited horse knowledge sitting at computers and placing bids; others have not.

“I would have objected to it,” said Moore. “With the pandemic and everything I think it’s unreasonable because you have to rely too much on those agents when, as a trainer, you want to go overseas and see the horses for yourself.

“All classes are the same in the sense that a winner is a winner; not all horses can be good horses. Most owners in Hong Kong just want that experience of having a winner and that includes Class 5. We used to have Class 6 races in my time and the owners wanted to win those just the same.”

A Class 5 race in Hong Kong – for horses with a local rating of 40 or below – carries prize money of $780,000, which is equivalent to approximately £75,600; or, to equate it to race class, it is worth more than some Group 3 races at grade one tracks in Britain. And, yet, a trainer’s efforts in preparing an aging low-grade horse – niggles, quirks and all – to win that prize, are not deemed worthy of recognition in their final tally to meet the base requirement.

“The criteria are longstanding and provide an objective measure of the performance of each trainer for licensing purposes. They are regularly reviewed,” the HKJC’s executive director of racing Andrew Harding stated via email. “The change to the criteria for 2021-22 is intended to take into account the quality of races won by a trainer when assessing performance.”

Ferraris’ decision came two days after the HKJC unveiled its newest trainer, the New Zealander Jamie Richards. Back in 2003, Ferraris was the Group 1-winning champion trainer being lauded and welcomed, just as Richards was last week.

The HKJC has let it be known that more trainers will be recruited to counter the upcoming retirements and benchmark failures that will occur within the next five years. Mark Newnham’s name has been circulating, David Eustace and Justin Snaith have been mentioned, too, but whoever arrives, the cycle will not change.

The stock of the local trainers – several of them schooled to a sound proficiency by such teachers as Moore and John Size – is on the rise. The expats do not enjoy the advantages of yesteryear and, as has been the case with the likes of Michael Freedman, Andreas Schutz, Sean Woods and now Ferraris, imported trainers, without the advantage of linguistic and cultural knowledge, will be recruited into the mix only to find that someone must always slide to the bottom. Once there, the next rung up is not only slippery but also usually beyond reach.