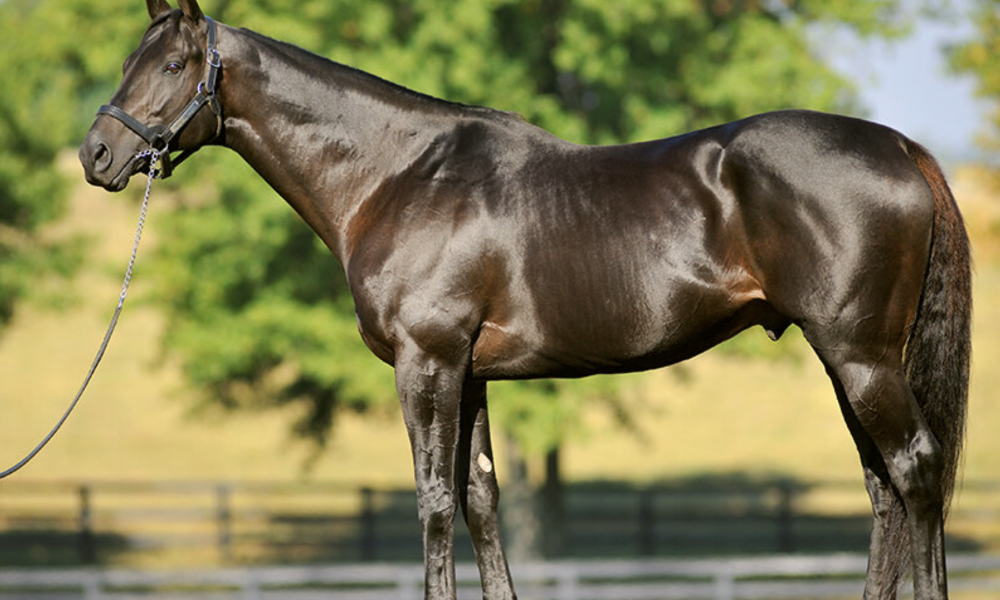 Ardrossan – Waikato Stud’s first season sire Ardrossan (Redoute’s Choice) sired his first stakes winner when Codigo (2 g ex Sophia Magia by Per Incanto) won the Wellesley Stakes (Listed, 1100m) at Trentham. Trained by Stephen Marsh and wearing the Waikato Stud silks, Codigo defeated Rubicon Crossing (Rubick) by a neck, with Pignan (Staphanos) a length and a half further adrift in third. Codigo is now unbeaten in two starts. He is out of the Per Incanto (Street Cry) mare Sophia Magia, who has a yearling sister to Codigo. Ardrossan, who is a half-brother to three-time Group 1 winner Incentivise (Shamus Award), has just 44 first-crop two-year-olds, with Codigo his only winner from four runners. The stallion stands for a fee of $6,000 (plus GST).

Daiwa Major – The Tomokazu Takano-trained Dar Es Salaam (3 f ex Zazu by Tapit) ran out a game winner of the Kobai Stakes (Listed, 1400m) at Chukyo, providing his sire Daiwa Major (Sunday Silence) with a 43rd individual stakes winner. Ridden by UK-based jockey David Egan, the three-year-old filly battled well and found plenty for pressure to deny Birth Cry (Heart’s Cry) by half-a-length with a further head back to Alluring View (Isla Bonita) in third. Out of the dual Grade 1-winning Tapit (Pulpit) mare Zazu, Dar Es Salaam is a half-sister to the Listed-winning and Group 3-placed mare Arusha (Deep Impact). Daiwa Major, who has had 1255 starters, stands at the Shadai Stallion Station for a private fee.

Kitasan Black – Sol Oriens (3 c ex Skia by Motivator) provided Kitasan Black (Black Tide) with a fourth individual stakes winner when scoring in the Keisei Hai (Gr 3, 2000m) at Nakayama. Ridden by Takahisa Tezuka, the three-year-old colt came home well down the centre of the track and only had to be pushed out by his rider to beat Omega Rich Man (Isla Bonita) by two and a half lengths with a further one and a quarter lengths back to Seven Magician (Just A Way). Out of the Group 3-winning Motivator (Montjeu) mare Skia, Sol Oriens is a half-brother to the Group 2-winning and Group 1-placed Vin De Garde (Deep Impact). Kitasan Black, who has had 131 starters, stands at the Shadai Stallion Station for a fee of ¥4,000,000 (approx. AU$44,800).

Midnight Lute – Kirstenbosch (4 m ex Llandudno by Belong To Me) provided her sire Midnight Lute (Real Quiet) with a 41st individual stakes winner when scoring in the La Canada Stakes (Gr 3, 8.5f) at Santa Anita. Ridden by Kazushi Kimura for trainer John Sadler, the four-year-old came from way back in the six-runner field to run down long-time leader and favourite Ganadora (Quality Road), winning by a nose, with Smoothlikebuttah (Mr. Big) finishing a further two and three-quarter lengths behind in third. The third foal out of the stakes-placed winning Belong To Me (Danzig) mare Llandudno, Kirstenbosch is a sister to winner Storms River and a half-sister to stakes winner Constantia (Munnings). Midnight Lute, who has had 642 starters, stands at Hill ‘N’ Dale Farms for a fee of US$12,500 (approx. AU$17,960).

Monterosso – The Shinobu Homma-trained Hopeful Sign (7 h Stellar Hope by Grass Wonder) provided his stallion Monterosso (Dubawi) with a second individual stakes winner when scoring in the Yodo Tankyori Stakes (Listed, 1200m) at Chukyo. Ridden by Hideaki Miyuki, the seven-year-old burst through the pack of the 15-runner field and stayed on well to beat Carne Asada (Drefong) by one and a half lengths, with a further head back to Tokimeki (Admire Moon) in third. Out of the winning Grass Wonder (Silver Hawk) mare Stellar Hope, Hopeful Sign is a half-brother to six winners including Inedite (Tanino Gimlet), Ray Of Hope (Leontes) and Serious Hitter (Danon Legend). Monterosso has had 297 starters.

Power – Oaklands Stud stallion Power (Oasis Dream) secured his 25th individual stakes winner when Snapper (5 g ex Onlyarose by One Cool Cat) claimed the Standish Handicap (Gr 3, 1200m) at Flemington. The Mike Moroney-trained five-year-old defeated Rose Quartz (Written Tycoon) by three-quarters of a length, with Dawn Passage (Dawn Approach) the same margin away in third. Now the winner of six races in 22 starts, Snapper was a $60,000 buy for Paul Moroney and Ballymore Stables from the Cambridge Stud draft at the 2019 New Zealand Bloodstock National Sale. The gelding is the first foal out of Onlyarose (One Cool Cat), herself a half-sister to Group 2 winner Taimana (Woodman). Power, who has had 504 runners, stands for a fee of $13,200 (inc GST).

Sea The Stars – Daramethos (5 g ex Dark Orchid by Dansili) provided Gilltown Stud stallion Sea The Stars (Cape Cross) with a 103rd individual stakes winner when scoring a ready success in the Jebel Ali Stakes (Listed, 2000m). Trained by Musabbeh Al Mheiri, the five-year-old gelding ran on strongly to defeat favourite Lost Eden (Sea The Stars) by three and a half lengths with a further three-quarters of a length back to Rakeez (Dubawi) in third. The fourth foal out of the Listed-winning Dansili (Danehill) mare Dark Orchid, herself out of a winning sister to Group 1 winner Johann Quatz (Sadler’s Wells), Daramethos is a half-brother to winners Pure Beauty (Shamardal) and Calypso Blue (Dubawi). Sea The Stars, who has had 834 starters, stands for a fee of €180,000 (approx. AU$279,630).

So You Think – Cognito (3 g ex Lady Primrose by More Than Ready) became the 82nd individual stakes winner for Coolmore stallion So You Think (High Chaparral) when winning the Wellington Guineas (Gr 2, 1400m) at Trentham. The Mark Walker-trained gelding won by a long neck ahead of Duncan Creek (Super Easy), with Missy Moola (Vadamos) in third. Cognito, a $165,000 buy for David Ellis and Andrew Williams at last year’s Magic Millions National Yearling Sale, is out of the unraced More Than Ready (Southern Halo) mare Lady Primrose, herself a daughter of Listed scorer Primrose Sands (Zabeel). So You Think, who has had 504 runners, stands for a fee of $93,500 (inc GST).

Zed – Zed (Zabeel) landed his 17th individual stakes winner when Ladies Man (5 g ex Just Polite by Dehere) won the Trentham Stakes (Gr 3, 2100m). The Allan Sharrock-trained five-year-old scored by a neck ahead of Sagunto (O’Reilly) and Waisake (Zed), who finished the same margin away in third. Ladies Man was a $60,000 buy for Sharrock from the Grangewilliam Stud draft at the 2019 New Zealand Bloodstock National Yearling Sale. He is a half-brother to Group 1 winner Ladies First (Dylan Thomas) being out of Group 3 winner Just Polite (Dehere), herself a half-sister to Group 1 placegetter Savsbelle (Savabeel). Grangewilliam stallion Zed, who has had 300 runners, stands for a fee of $6,000 (plus GST).