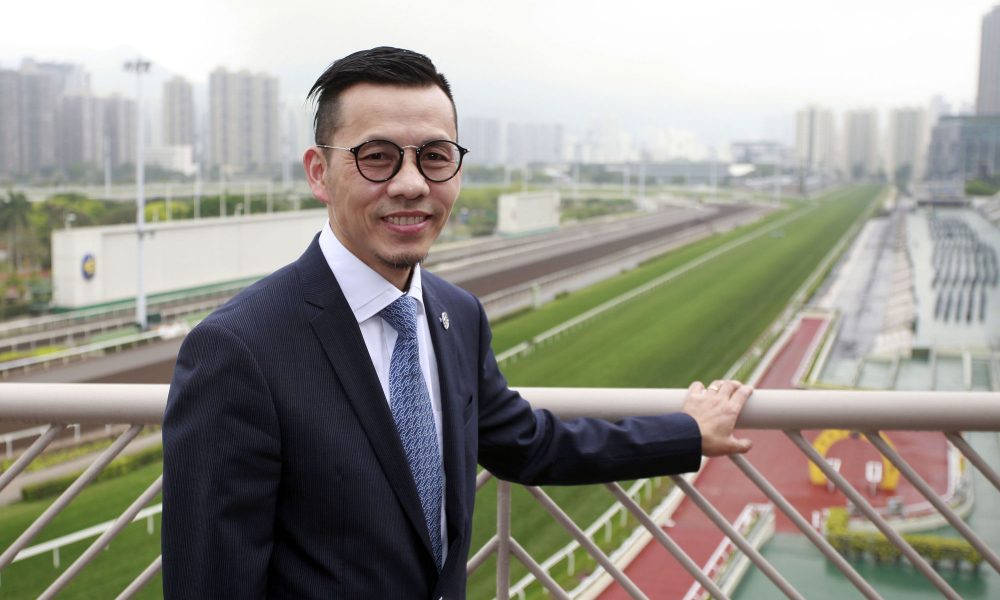 Zac Purton’s return to action at Happy Valley tonight after a month on the sideline throws the spotlight back on to his title race tussle with Joao Moreira but, while that particular rivalry has been a Hong Kong sub-plot for eight years now, a compelling, and perhaps inevitable, new head-to-head is brewing in the trainers’ championship race.

After a typical slow start to the campaign, John Size bagged a brace at Sha Tin on Sunday to close to within two wins of Frankie Lor at the head of the premiership. The ominous proximity of the 11-time champion to his former assistant has set up the prospect of a hard-fought battle for the title between the master and his pupil.

Lor is hungry for a first championship. Size covets a record-setting 12th that would take him into exclusive ground ahead of the legendary George Moore, whose long-standing record he equalled in July 2019 when he completed a sequence of four championships in a row. Since then, Ricky Yiu and Caspar Fownes have taken the top prize, while Lor, now in his fifth season as a licensed trainer, has continued to develop into a significant force.

Size, who will be 68 in July, has the clock ticking against him with the Hong Kong Jockey Club’s rules giving him until age 70 before he must retire. Lor, 55, was granted a licence at the relatively late age of 50, having been given Size’s significant approval after four years as his right-hand man.

“My old boss, Mr. Size, has kept chasing me this season,” Lor said. “I only worked with him for four seasons but he was my boss and also my friend. When I worked for him, I once said to him, ‘Boss, I think you can beat George Moore’s record.’”

Lor now appears to be the biggest stumbling block to Size achieving that feat this season. The former jockey and son of a mafoo, who also served time with another expatriate training great, John Moore, is seen as being at the vanguard of the increasingly confident and well-supported cohort of ‘local’ Hong Kong-native trainers.

His current position is no surprise given his career to date: he set a record number of wins – 65 – for a first-season trainer when runner-up to Size in the 2017-18 premiership; in his second season, he won a pair of Group 1s at the Hong Kong International races and swept all three races in the Classic Series, including the Hong Kong Derby (Listed, 2000m) with Furore (Pierro), and the successes have continued to roll.

Lor has 36 wins this term and Size 34, with Tony Cruz next best on 23 wins. Even with six months of the season still to go, the current top two look set to engage in a long run to the distant finish line. Size is known to start each campaign at a slow to steadying pace before coming alive from mid-December onwards: his tally since the Hong Kong International Races on December 12 comes in at 12 wins from 64 runners at a strike-rate of 18.7 per cent, which compares to an overall season’s strike rate of 13.2 per cent.

But Lor is not being outdone and is close to matching his old mentor’s recent form, with his own return of nine wins from 52 giving him a strike-rate of 17.3 per cent over the same period. His strike-rate for the term to date is 16.3 per cent.

“A lot depends on if my horses can stay healthy to the end of the season but at the moment, they are healthy, so things are good right now,” Lor continued.

Another significant factor will be how well each stable’s young horses perform, particularly the first-season PPGs (Privately Purchased Griffins), those horses which were imported to Hong Kong unraced. Size is noted for developing his youngsters, preparing them with patience and then unleashing them in the back half of the season. Last term, for example, Courier Wonder (Sacred Falls) debuted with a win in October, was not seen again until March but then rattled off four more wins, while Fantastic Way (Swiss Ace) started his career with three wins in succession after debuting in January.

Lor has proven to be capable at executing a similar approach, as he has shown with the unbeaten sprinter Master Eight (Oamaru Force), who emerged to win two from two last term and has bagged three in a row this season to become a Group 1 candidate.

“For these two trainers, it’s going to depend on who has got the better PPGs because that’s where you’ll get your free winners from, so whoever has recruited well will probably have the upper hand,” Purton observed.

Lor has 16 first-season PPGs – all sourced from Australasia – in his stable at present and eight of those are unraced. Two of the eight to have raced have won – Eason (Written Tycoon) and Lucky Archangel (Deep Field) – and the likes of Beauty Live (Shamus Award) and En Pointe (Hallowed Crown) have shown promise. One of the number, Celestial Steed (Power), suffered a tendon injury in September and is working back to fitness at Conghua.

Size has 17 first-season and unraced PPGs – two sourced from Ireland and the rest from Australasia – with Sight Spirit (Toronado), Amazing Teens (Darci Brahma), Pins Prince (Pins) and last Sunday’s scorer Running Glory (Kermadec) having already won. Ten of those PPGs are unraced, with a pair of three-year-old’s having arrived only last month.

Two of the 17 have publicly-logged injuries – the unraced Red Cadenza (Awtaad) and the unnamed brand number G213 (All Too Hard) – while Country Treasure (Hallowed Crown) had five barrier trials before missing work in mid-December, and Tycoon Jewellery (Written Tycoon) looked limited in eight barrier trials and has not been in work since December 23. The US-bred four-year-old Erimo (Street Boss), a €682,000 buy from Arqana, endured a couple of setbacks last season but could have a belated debut soon; Brilliant Way (Reliable Man), purchased for $52,500 at Karaka, has led home two recent trials at Conghua and Tattersalls buy Savvy Delight (Exceed And Excel) has displayed some promise in two races, particularly when second last time to Lor’s Lucky Archangel.

“Frankie is much the same as John Size in that he builds them up slowly, he doesn’t put too much pressure on early, he’s patient,” Purton said. “Once they get into his system and get going, he continues to methodically allow them to improve as they mature and get to their right distances. He’s not afraid to keep running them, he’s pretty good at that. If he thinks in his mind that he’s going to run them every two or three weeks, he does that, and he prepares them to handle that and continue to improve as well. He does a lot right.”

Purton steered to victory some of the Lor stable’s best performers in their early careers. He has ridden for both stables this term and while he has had less rides than in the past for Lor, his links to Size – always loose – have tightened a touch this season. The Australian has one win from 11 rides for Lor this term and three wins from 20 for Size.

“As well as your PPGs, you want to have a good bunch of Class 5 horses, you need your Class 3 horses, you need your Group horses,” the four-time champion jockey added, noting that both trainers do indeed have that. “Frankie’s got a well-balanced owner base as well. He’s got support from a lot of owners so he spends a lot of money and sources the right horses and the system works.”

Moreira, too, noted Lor’s smart selection of horses. “He’s clever in regards to picking and choosing which horses he brings into his stable and I think that’s a big point. He retires horses when they have to and gets new horses. He doesn’t put them under pressure; when they’re ready, they’re ready and when they’re not, there’s nothing you can do about it so he’s sensible about waiting.

“There’s a bit of Size about Frankie,” he continued. “But there are elements of other trainers who he worked for too, and then, importantly, he has his own personality, which he has implemented into what he does. Each person has their own individual character and Frankie has his own.”

Moreira benefits from a particularly close professional association with Size for whom he has ridden 17 winners this season from 83 rides at a smart 20 per cent strike rate, but he has also enjoyed a fruitful, albeit more sparing, link-up with Lor: the Brazilian has nine wins on the board from 23 rides for the Lor stable at an impressive 39 per cent strike rate.

“Size knows the game better than anybody. He’s very consistent in what he does and that’s the reason he’s been the champion trainer 11 times and he’ll win more championships because he’s so committed,” Moreira added.

“If I was going to be a trainer one day, I’d want to get there like Frankie did: I’d want to work with a few trainers and then, my last trainer, I’d want it to be Size because he’s a master trainer. He’s an encyclopaedia of racing knowledge and Frankie has learned from that. It’s difficult to predict which of them might pull away and win the championship.”

Meanwhile, Moreira will not be aboard Master Eight when Lor’s exciting prospect runs in the Centenary Sprint Cup (Gr 1, 1200m) at Sha Tin a week on Sunday. The champ has been in the plate for all five of the four-year-old’s starts but was long since booked for Size’s Courier Wonder, enabling Matthew Chadwick to pick up a plum spare.