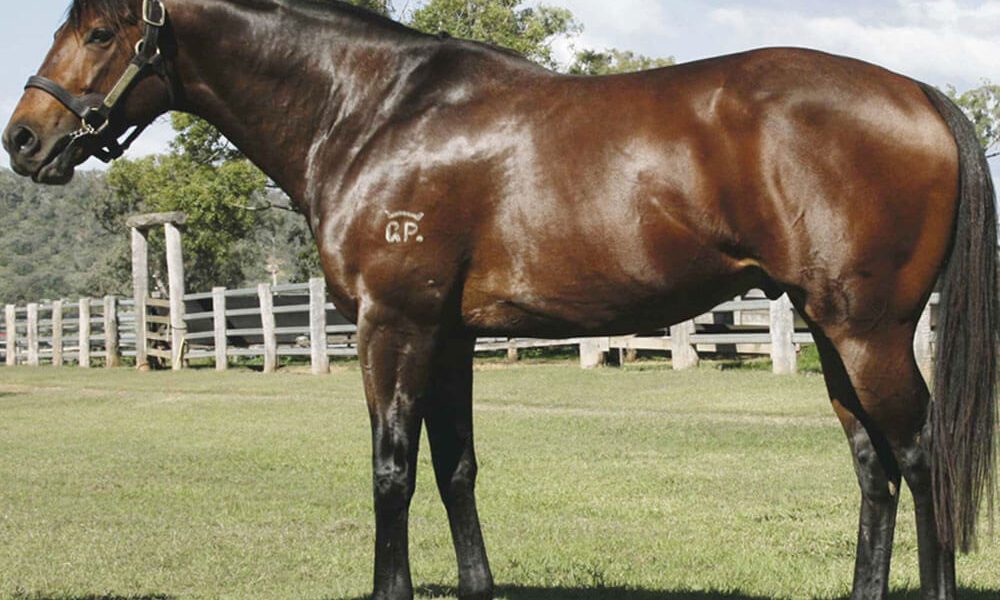 Queensland studmaster making most of limited opportunities with Worthy Cause

Asked why, the Clear Mountain Fairview principal replied: “I used to look at him and think, ‘if I took $1 million and went over to Las Vegas for a year wouldn’t I have a great time?’ Instead, I’d look at him in the paddock and think, ‘I bloody spent it on you’. I paid $1.1 million.

“Outback Prince was a two-year-old Group 1 winner. He won (the race now known as the J J Atkins Plate) in the second-fastest time in history. He had everything going for him, but it was their temperaments that held them back I think.”

Despite the financial disaster that became of Outback Prince, whose stud career was severely impacted by equine influenza at its most pivotal juncture, Frappell has remained in the highly competitive stallion business in the more than decade which has followed and that patience and more than dash of perseverance might be about to be rewarded.

With the under-the-radar first season sire Worthy Cause (Choisir) on his hands, a stallion who has had four winners from just seven runners so far this season, the Clear Mountain freshman is likely to be crowned Queensland’s premier first season sire.

Remarkably, those four individual winners are from a crop of just 27 foals.

Deservingly, Newgate Farm’s Extreme Choice (Not A Single Doubt) attracts much attention as the sire of Golden Slipper (Gr 1, 1200m) winner Stay Inside and fellow stakes winners Tiger Of Malay and Xtremetime among his five winners from 15 runners.

While Extreme Choice’s first crop two-year-olds, which number just 48, was caused by his publicised plight with poor fertility, Worthy Cause’s low numbers are the result of a lack of support from breeders.

Despite this, Worthy Cause, who stands on Frappell’s Darling Downs stud near Toowoomba where Love Conquers All (Mossman), Jabali (Exceed And Excel) and Wanted (Fastnet Rock) also reside, is defying his modest early appeal.

“He’s the leading Queensland first season sire because (Aquis Farm’s) Divine Prophet didn’t stand in Queensland that year,” said Frappell who had the reliable Tycoon Ruler (Last Tycoon) as a regular source of winners at his stud until he became infertile and the pin finally pulled on his stud career at the end of the 2018 breeding season.

“Worthy Cause also has the leading winners to runners percentage (of first season sires) in Australia.

“He hasn’t had a lot of support and it can be hard work with those sorts of horses in Queensland (with mostly local form). Even his stock was a bit hard to sell at the yearling sales this year and that was after he’d had winners. At the (QTIS Gold Coast) sale in March I was disappointed with what they made, but you have got to be philosophical about it. He is what he is.

“We’ve always liked his foals as he throws really good types and they are sensible and they are forward enough to break in and race at two.”

The Michael Nolan-trained juvenile Hinged, bred and owned by retired dentist Dr Kim McCasker, will aim for her fifth win from seven starts at Doomben on Saturday in her first test at 1600 metres having been triumphant at her past two outings, most recently at the Brisbane metropolitan track on July 10.

Of course, there is a backstory to Hinged whose dam Tints (Tycoon Ruler) won 12 races and almost $250,000 in prize-money for McCasker and trainer Ben Currie.

“We had Tints and she was a really nice filly but the night before the (2012 Magic Millions March Yearling) sale she cut her fetlock in the yard,” Frappell recalled.

“Not badly, but it was enough for it to swell up. We bandaged it up and took her through the sale but we never got a bid in the ring.

“Kim McCasker, who owns ten percent of Worthy Cause, approached me and said, ‘would I take $10,000 for her?’. I didn’t want to but my son talked me into it. She was a $50,000 filly every day of the week. She was a beautiful filly and I knew it was superficial but I said ‘OK, sell her’.

It goes without saying that Worthy Cause, who won at two, landed the Gunsynd Classic (Gr 3, 1800m) at three and downed Group 1 winner Turn Me Loose (Iffraaj) in the Paris Lane Stakes (Listed, 1400m) at Flemington as a four-year-old, cost a fraction of what Outback Prince did.

Frappell would not disclose the exact figure he handed over for the John Zielke-trained Worthy Cause, who was raced by Dovedeen Stud’s Evan Hartley, at the end of his racing career but it was nowhere near seven figures. “I won’t do that again,” he says of million-dollar stallions.

The breeder, who also runs an all-encompassing thoroughbred service at Clear Mountain Fairview including breaking-in and pre-training, is happier without the financial burden of a high-priced stallion hanging over his head.

“The same thing happened with Tycoon Ruler, but he could not throw a two-year-old. The first couple of years we didn’t get much support and then when they turned three he kicked a bit.

“He got a bit of support until EI hit. It broke the momentum then and, of course, we had just bought Outback Prince and it buggered him up as well.

“The cost of EI was really expensive for us, but anyway, we are well past that now.”

Worthy Cause, much like Extreme Choice, will have to continue to bat well above the average to overcome his small crops with just 18 yearlings and the same number of weanlings on the ground.

Importantly, though, one rising two-year-old is a sister to Hinged who has been broken in and had a preparation at Nolan’s Toowoomba stables while Tints is due to foal to Worthy Cause again later this year.

Frappell said: “He is doing a terrific job, really, and who would have thought?”