Freedman happy to hunt for bargains on the Coast 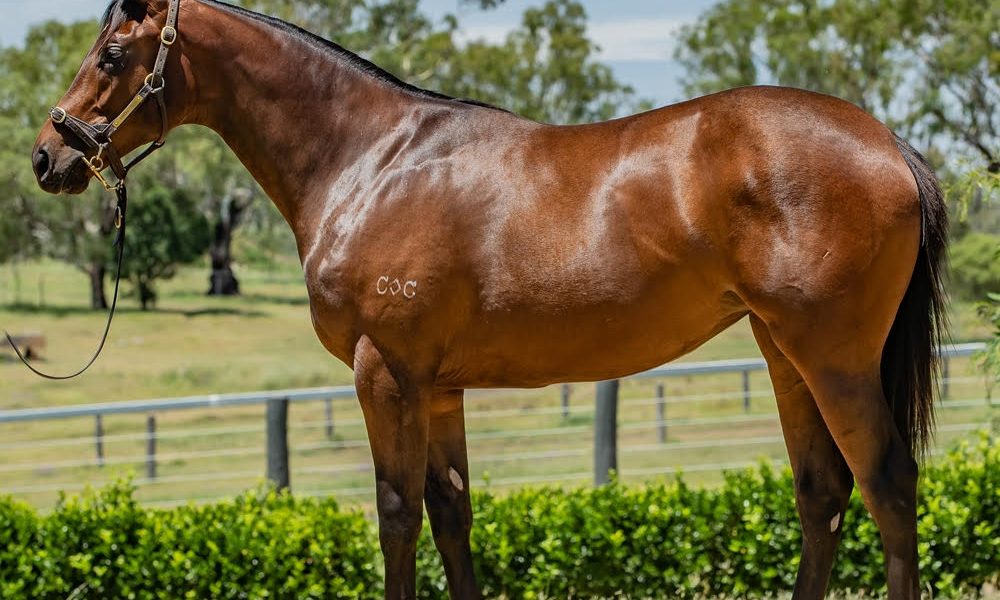 Emerging trainer Mitch Freedman’s budgets demand he must raid yearling sales with a rapier rather than a scattergun, but he’s optimistic he’s found his touch with two Magic Millions yearlings.

The Ballarat horseman yesterday paid $130,000 – among the higher prices on day one of Book 2 – for a Eureka Stud-consigned filly by Encryption (Lonhro) out of versatile city winner Plumage (Red Dazzler).

On Wednesday he ventured into Book 1, but he’s hoping he caught the market off-guard by paying $90,000 for a colt – from another Queensland draft in KBL Thoroughbreds – by So You Think (High Chaparral) out of three-time winner Protest (Smart Missile).

Freedman did not travel to the Gold Coast, avoiding any chance of needing a few days in isolation as he prepares horses for ambitious autumn campaigns. Instead, a buyer of type over pedigree, he had an agent rule out any lots with conformation issues before honing a shortlist using sale videos.

He knows a trip for Book 1 would not be financially viable for a trainer with 50 horses on his books. Moreover, he’s content with his strategy.

“The market has been hot, like it is every year,” he told ANZ Bloodstock News. “I could get up there and have a look, you could shake a few hands and maybe find an owner willing to stay in a horse.

“But to go there and spec one in Book 1, for me it’s just not plausible. It’s just too dear. I understand they’re well-bred horses, they’re good sorts, they’ve got good value to them, but for me they’re not suitable.

“But there are still good horses on offer at lower prices. You only have to look at the prices of some of the horses who ran in the two-year-old race on Saturday. They’re there to be found. It’s just a matter of doing your work and being patient, making sure you’ve done your homework with your vetting etcetera, and if there’s one slipping through the cracks then you’re ready to pounce.”

In fact, Freedman feels there could be sounder justification for sniffing out bargains than paying top dollar.

“Despite the fact that it’s good for those vendors and breeders to be making that money, there’s really not too many of those high-priced yearlings that go on to be superstars,” he said.

Asked about some of the dizzying prices paid this week, Freedman wondered whether many top-shelf lots become victims of their preciousness.

“I could be talking out of school a bit, but I know that the thoroughbred, to be a racehorse, they need to be a pretty tough animal,” he said. “I just wonder sometimes with those horses with big pedigrees, and who look very good as foals, how protected they become and how naturally they’re grown-out … I think they become a bit of a protected species. To me, anyway, that’d be a concern in my book.”

It’s a theory to ponder. But some facts remove the need for wonder.

Of course, this is the glorious uncertainty writ large. And there are horses like Profondo, who topped the sale two years ago at $1.9 million, has a Group 1 to his name, and looks a budding superstar. Plus, the free-spending colts syndicates have in recent years profited through stud deals for the likes of dual Group 1-winning juvenile King’s Legacy (Redoute’s Choice) and $1.6 million yearling and Group 3 winner Prague (Redoute’s Choice).

Expensive horses are of course not always duds. But what The Ignominy Nine help illustrate here is Freedman’s point – you don’t need to pay kings’ ransoms to secure good racehorses.

Freedman, who’s built a strong reputation with a select team after branching out on his own some eight years ago, pays less mind to pedigrees than physicality.

“We just buy on type to start with,” he said. “If it comes with a pedigree, that’s a bonus, probably more so if it comes with a filly, which makes it easier to syndicate, because of later broodmare potential.”

Would a dull pedigree stop him buying?

“No, not at all,” he added. “I’m hands-on at the stables and I ride a lot of work. I don’t look up the pedigree every time I pull a horse out of a box. I’ve got to pull the horse out and look at it. I’m happy to look at a nice horse and hope it can gallop.”

Freedman also respects farms with strong reputations, like that which raised the Encryption (Lonhro) filly he hopes will be a smart two-year-old.

“I don’t have too many two-year-old runners along the way – I find them a bit hard to buy, because they’re usually the expensive ones,” he says. “But I like buying from farms who produce winners, and Eureka does a lot of that.

“The filly’s a good mover, and the bonus is she’s got a pedigree, with a dam who throws winners by whatever she goes to. She also won from 1100 metres to 2200 metres. That gives you options, and the fact she’s had a couple of foals that have won at two was enticing.”

The young trainer’s So You Think colt will be treated, patiently, as a stayer, with Freedman encouraged that granddam Quibble is by outstanding broodmare sire Zabeel (Sir Tristram).

“It’s not really the sale that’s renowned for these sorts of staying horses, so I think he slipped through the cracks a little in Book 1,” he said. “Not many people wanted him, but we were happy to get him.”