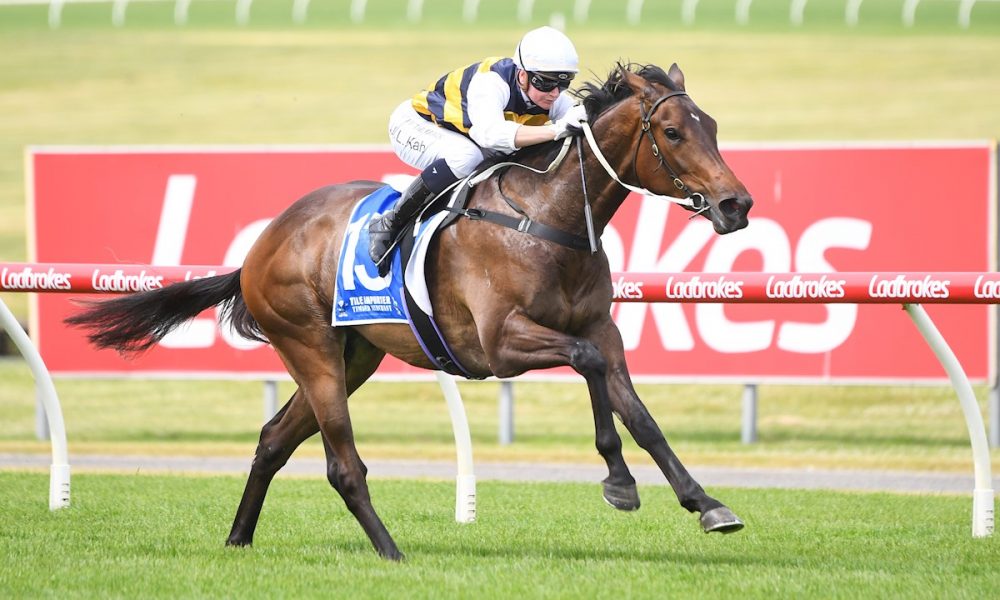 Prior to her debut, the juvenile filly had made two promising jump-outs at Cranbourne, finishing fifth and third in 1000-metre and 1200-metre contests respectively.

Ridden on Wednesday by Jamie Kah, Fretta was slowly away from her inside barrier and briefly sat last in the ten-runner field before moving up to fifth along the rail. Travelling well coming into the closing stages, she hit the front at the 300-metre mark and powered clear to beat Choquant (Shocking) by three and a half lengths with Hanibal Hero (The Brothers War) finishing a further half-length back in third.

“She just missed the start at her last jump-out and she worked home very smartly, so barrier one is probably the last barrier we wanted to draw.

“I’m not saying she can’t win, but she needs to get things right on debut and, bear in mind, she is six months behind.

“She’s essentially a two-year-old and she’s up against some of these horses who are four and they’ve had a bit of experience and seasoning.”