Get In The Spirit 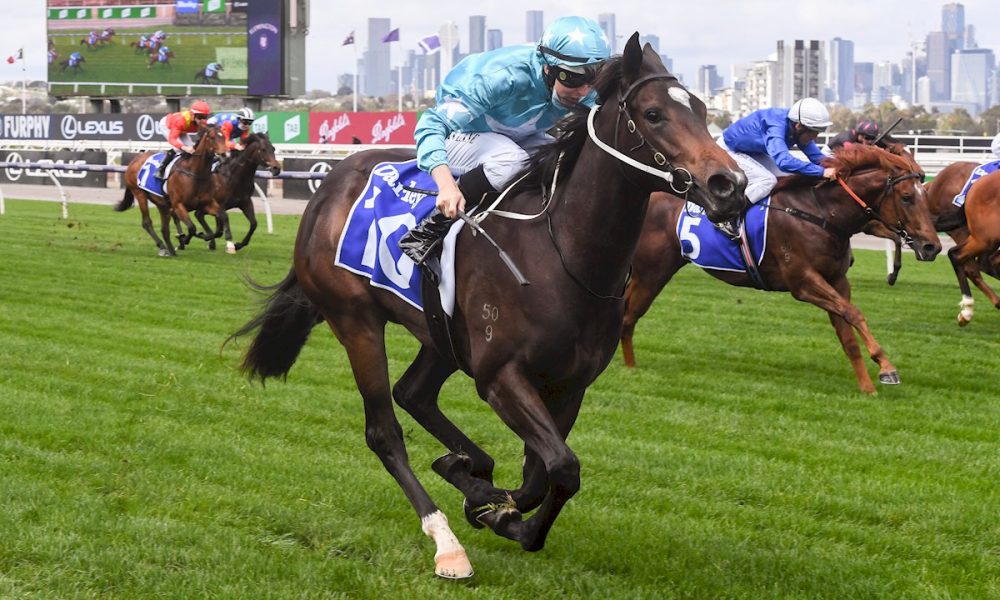 There’s a line from an American author named Jack Kornfield – not coincidentally a Buddhist practitioner – that says to let go and move on means we release “the clingings and disappointments of the past that bind our spirit”.

Surely there can’t be a more apt setting for that than racing and breeding, where ifs, buts and regrets could send you mad, if allowed to smother that hope which springs eternal.

Hunter Valley vintner and hobby breeder Adam Elbourne had a certain kind of spirit on his mind in 2018, when contemplating a stallion to cover his one broodmare – a move which, like all of them, could have some mighty ramifications.

He’d had some fortune liable to sap his verve in the past. An association with Wyong trainer Steve Farley led to an offer being sent his way to buy into a yearling colt who’d cost just $8,000. The message went to Elbourne’s dad who, not being racing-minded, promptly forgot to pass it on.

“I eventually got it and rang them and they said, ‘Yeah we think the share’s still available’,” Elbourne tells It’s In The Blood. “But they called back and said some young bloke had taken it.”

Not to worry. From such setbacks can other ideas grow.

“We watched him win the Stradbroke and my wife, Alexys, said ‘Why don’t we try to breed a stakes-winner instead?” Elbourne says.

The Sydney-reared Elbourne and Alexys, a local with an equine background, had space at their vineyard near Cessnock for horses. So, in they plunged, enthusiastically, only to find the first five mares they’d bought weren’t that fashionable.

“Most of the foals we couldn’t sell commercially, so we ended up having to race a lot of them. We ended up with 19 horses at one point, which for a little farm and vineyard was a bit too many,” says Elbourne, 44.

In 2014, Elbourne went to the Inglis Australian Broodmare sale after an Encosta De Lago mare, Walklikeanegyptian. He got her, for $21,000, but another caught his attention. Sopraffina was a four-year-old who’d had one third from seven starts in Victoria, but she was by Exceed And Excel.

“She looked pretty ordinary,” he recalls. “She was there on her own with no one handling her in the box. She was only a slight sort of mare, but I popped my hand up and got her for $2,000. Being by Exceed And Excel she was too good to let go at that price.”

Walklikeanegyptian – bred by the same man who bred Winx, in John Camilleri – turned out not quite as good as that mare, or Sopraffina. (Lyrics fans will, however, love that her first of five named foals – and the best, by virtue of a maiden win at Cooma – was called Ay Oh Whey Oh).

Sopraffina had more going for her. Her dam, Given (Canny Lad), won a Listed sprint at Caulfield, and had thrown a Listed winner. Elbourne kept Sopraffina in work, with Farley, and teased a 1000-metre Wyong maiden win out of her. In her first year at stud, 2016, her page also received a boost when Ugo Foscolo, a gelding from her half-sister Bequests, won the Group 1 New Zealand 2,000 Guineas.

That helped start Elbourne’s breeding with Sopraffina in solid style. He’d sent her to $29,000 stallion Choisir, and the resultant yearling colt was bought by Tony Gollan for $110,000 in 2018. He fared not so well, and has so far won five from 14 after banishment to north Queensland.

Elbourne sent Sopraffina to the $22,000 sire Star Witness for another son, but he failed to meet his reserve as both a weanling and yearling. The now four-year-old gelding Superior Witness races for an Elbourne-led syndicate with Cessnock trainer Luke Thomas,

“That was where we started to get a bit disillusioned with the breeding game,” says Elbourne, whose chagrin has at least been balmed by five bush wins so far.

Sopraffina next went to Star Witness’ son Star Turn, also at $22,000. Elbourne sold the weanling colt to Perth interests. Racing as Beads, he’s won one of four with two seconds, all at Belmont.

And in 2018, Elbourne bit the bullet. At Queensland’s Eureka Stud, the former Gollan-trained dual Group 1-winning sprinter Spirit Of Boom (Sequalo) had arrived as a stallion. On the 2017-18 Australian first season sires’ table, he’d been second on prize–money (behind Zoustar) but first by winners, with 18 to Zoustar’s ten. Moreover, he’d had five individual stakes winners, headed by Outback Barbie. He was the first to achieve that first-season feat in a decade, since – very neatly – Exceed And Excel, and it hasn’t been emulated since.

Spirit Of Boom’s service fee had thus jumped from $11,000 to $55,000. The mating with Sopraffina would bring a 4×3 cross to Danehill, though of the lesser fancied two-sons variety through Spirit Of Boom’s maternal grandsire Special Dane, and Exceed And Excel. It also brought what a winemaker might call strong hints of Bletchingly (5×4) and Northern Dancer (6x5x5 via sons Danzig and Lomond). Elbourne also noted Spirit Of Boom’s only stakes-winner, Ef Troop, was also from an Exceed And Excel mare.

“It was the first time we’d spent a fair bit on a sire, but I thought we’d produce a quick animal. I liked Spirit Of Boom as a racehorse, just his toughness,” Elbourne says. “I thought he was on the way up, but the following year his fee dropped to $44,000!”

He can still laugh but says this was probably “another nail in our coffin as breeders. I felt we just couldn’t take a trick.”

With Elbourne Wines, by contrast, surging and expanding, the tough decision was taken that the horses had to go – including Sopraffina, in foal to Spirit Of Boom.

At the Magic Millions weanling and broodmare sale in 2019, Elbourne first offered the young Beads.

Westbury Stud paid $135,000 for the mare, who subsequently had a filly, who yielded $110,000 on the Gold Coast last January. Racing as Get In The Spirit, she exploded onto the scene with a breathtaking two-length win against the boys in Saturday’s Listed Maribyrnong Trial Stakes (1000m) at Flemington.

The win means Spirit Of Boom’s best nick is now Exceed And Excel mares, with two stakes-winners from five winners. It also shot Get In The Spirit towards the top of Blue Diamond and Golden Slipper markets. Should she strike gold there, Elbourne will gain credit as the winning breeder, but of course little else.

“Spirit covered 220 mares that year, and we turned away about 150,” he says. “We had to be very selective, and Sopraffina was towards the lower end. But, she was a good sort, and Ef Troop was doing well out of an Exceed And Excel mare.”

And if Get In The Spirit kicks on, Elbourne might not be the only one kicking himself.

“Tony Gollan put a syndicate together, including Eureka, to buy some of these nice Spirit Of Booms this year,” McAlpine says. “We really liked this filly, but Tony didn’t want her because he’d had Sirfina out of the mare and he wasn’t much good.”

(The syndicate bought a few others instead, including Spirit’s top Gold Coast lot, the $575,000 colt from a half-sister to VRC Oaks winner Personal, now named Spiritualised. Spirit, by the way, is booked for 140 mares this season, with five added since Get In The Spirit’s win.)

Meanwhile, Sopraffina last week bore a filly from the first crop of the three-time Group 1-placed son of Zoustar, Zousain, but the now 11-year-old might one day find herself back at the Elbournes’ place.

“She was such a nice mare. Our kids, who are six and four, still ask when she’s coming home. We say, ‘She’s gone to have some babies and then she’ll be back’,” says Elbourne.

“I hope we can have her here as a pet when she’s finished breeding. Maybe one day we can buy back into the family, though they might be out of our price range now.”

Notwithstanding the compensation of gaining $135,000 for his $2,000 mare, Elbourne remains sanguine about his choices.

“Oh look,” he says, yet again with a laugh, “I’m fine, although my wife has asked me several times this week if I really am. I made the decision to move on, and made it long ago. You’ve got to let go.

“There are worse stories out there, with people letting go of Slipper winners and all sorts of things.”

He catches himself there, remembering Get In The Spirit’s age.

“I guess that still could happen with this filly,” he says. “Now that could be a problem!”