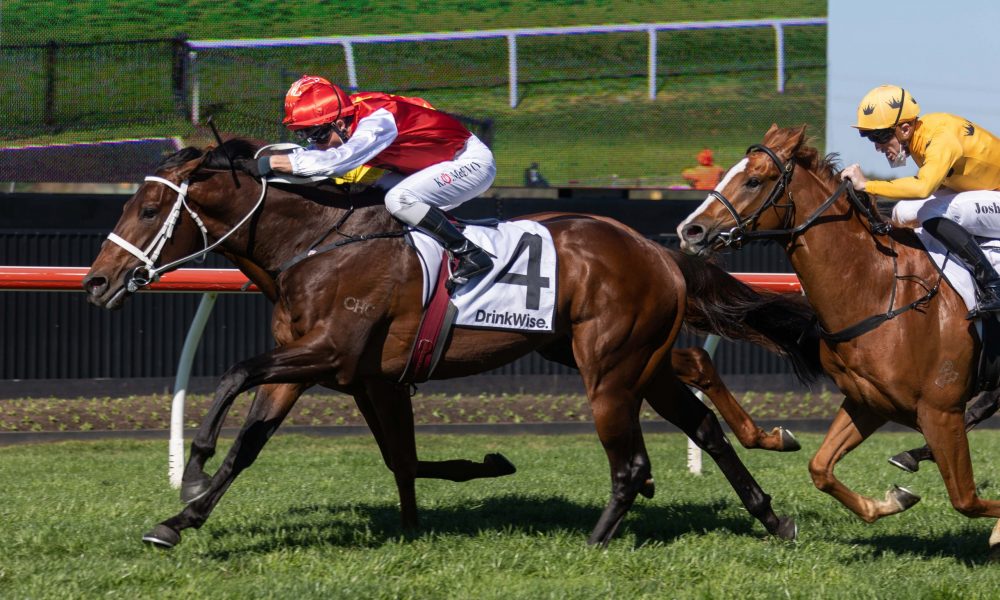 The writing had been on the wall for this talented son of Flying Artie (Artie Schiller) to make a winning breakthrough, and the fact it’s come at stakes level, defeating one of the stars of the juvenile ranks last season, should come as no surprise.

Giannis was tried in five starts as a juvenile, competing at stakes level in all but one of those when beaten by no less a rival than Golden Slipper (Gr 1, 1200m) winner Stay Inside (Extreme Choice) in the Pierro Plate (1100m). Others on the list of horses he’s chased home include Converge (Frankel), behind whom he finished second in the J J Atkins Plate (Gr 1, 1600m) in the Brisbane winter.

And the Chris Waller-trained colt returned at Kembla Grange on Saturday for his first start at three to defeat another son of Extreme Choice (Not A Single Doubt), as he prevailed by a neck over BRC Sires’ Produce (Gr 2, 1400m) and Up and Coming Stakes (Gr 3, 1300m) winner Tiger Of Malay in the Dulcify Stakes (Listed, 1500m).

“He’s always been a horse we have spoken highly of, but he’s also a horse that has needed a little bit of time so it’s great to see him come back at three and perform well. I think he’s got a pretty bright future,” said Chris Waller of his colt, who could follow the path of a previous Waller-trained star, and ANZ Bloodstock News Maiden of the Week, The Autumn Sun (Redoute’s Choice), with Giannis possessing entries for the Golden Rose (Gr 1, 1400m), Caulfield Guineas (Gr 1, 1600m) and Cox Plate (Gr 1, 2040m).

Flying Artie saw his Group 1-winning flagbearer Artorius defeated on Saturday when running second in the Exford Plate (Listed, 1400m) at Flemington behind Mr Mozart (Snitzel), but in becoming the second individual stakes winner for his sire, Giannis would have provided some solace for the Newgate-based stallion, with the Kulani Park-owned colt destined for bigger stages to come.

Rhys Smith of Kulani Park purchased Giannis as a weanling for $67,500 at the Magic Millions National sale from the Sledmere draft before he was passed in as a yearling seven months later for $140,000, with connections electing to hold on to their colt, a decision that has been justified.

Giannis is the first foal out of New Zealand stakes-placed mare Palace Rock (Fastnet Rock), herself a sister to stakes winners Albany Reunion and Fast Dragon. She has subsequently foaled two Hellbent (I Am Invincible) colts, with her two-year-old being a $370,000 buy for Hong Kong trainer Ricky Yiu at the Magic Millions Gold Coast Yearling Sale this year. She is due to foal to Russian Revolution (Snitzel) next month.