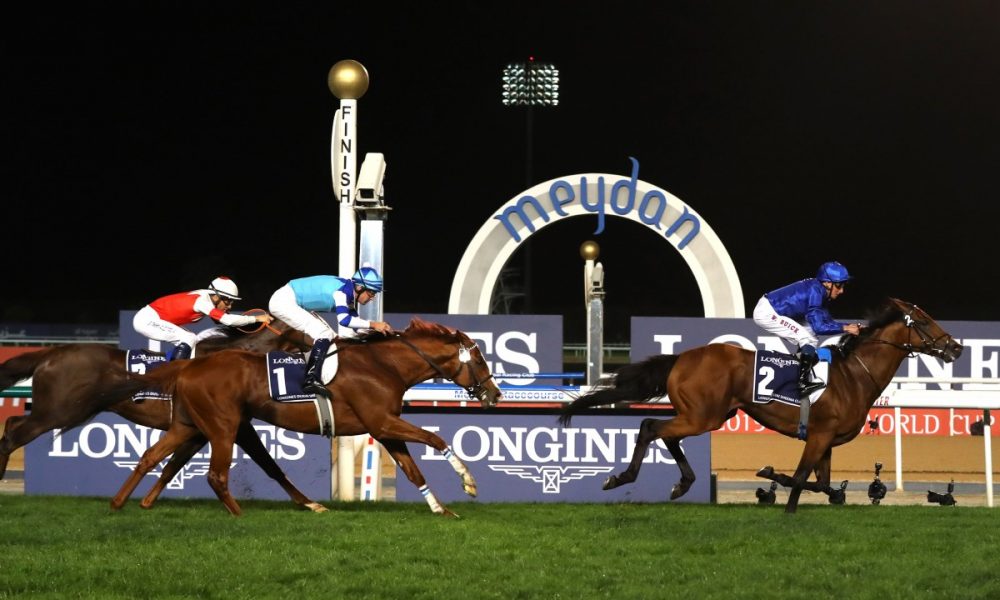 The Dubai World Cup Breeze-Up Sale, on Thursday, March 24, will be confined to 69 two-year-olds that will be sourced from vendors by Goffs.

Having been shipped to Dubai for quarantine ahead of the sale, the two-year-olds will breeze on Meydan’s dirt track on the Wednesday, although they will not be worked against the clock or laser.

“Therefore, we are excited to host the Middle East’s first breeze-up sale, and also the first ever online sale to be conducted in the Gulf and Middle East region, to enhance our owners’ exposure to high-quality horses. We’re partnering with a world-renowned auction house and together we’re taking steps towards creating a bright future for the sport in the UAE.”

Sheikh Rashid added: “As far as the potential horses are concerned, they look a very exciting bunch who will hopefully bring plenty of success for their new owners. In addition, Dubai World Cup week is a meeting point for leading owners and bloodstock professionals from Europe, the USA, Australasia and Asia, and as such we’re hoping for strong trade at the inaugural Dubai World Cup Breeze-Up Sale.”

Henry Beeby, Goffs group chief executive, said: “We’re extremely grateful to the Dubai Racing Club for the confidence they’ve shown in the Goffs service by entrusting this prestigious sale to us. We look forward to working with Sheikh Rashid bin Dalmook and his team to deliver a world-class event.

“We’ve a long and successful track record in the breeze-up sphere, having held Europe’s first breeze-up sale at Doncaster back in 1977, which also proved the source of the first European Classic winner from a breeze-up in Speciosa, who won the English 1,000 Guineas. It will be a privilege to conduct a sale of this stature in Dubai at the invitation of His Highness Sheikh Mohammed.”

Nominations will be opened to potential vendors in due course, along with stable visits that will take place following the European yearling sales season, led by Nick Nugent and Tom Taaffe.