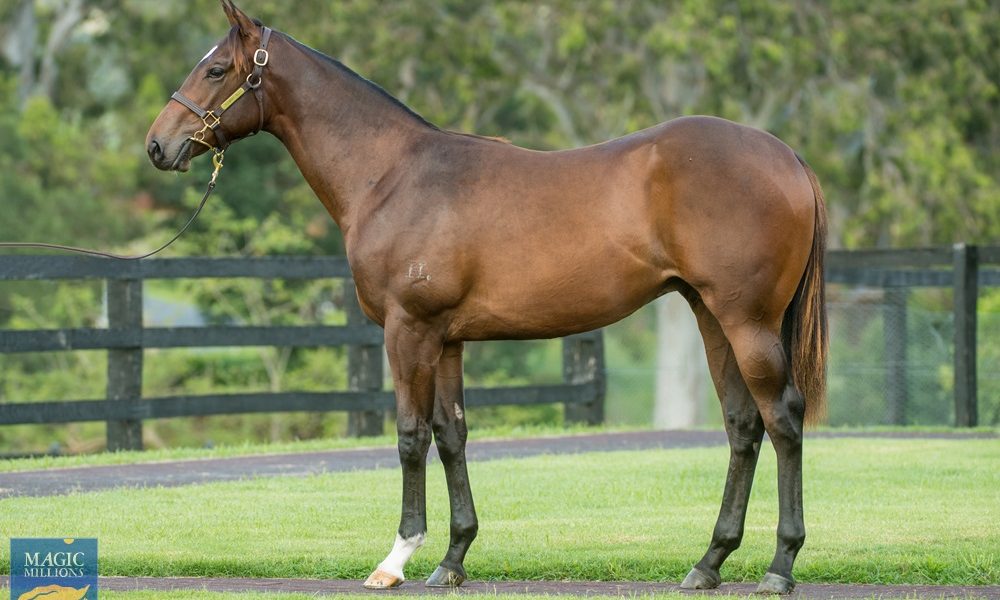 The Tony Gollan-trained Golden Boom (Spirit Of Boom) produced an impressive debut success when cruising home in a 1000-metre maiden handicap at Sunshine Coast on Sunday.

Having already stamped himself down as one to watch when winning two October barrier trials in comfortable fashion, the three-year-old gelding was sent off the odds-on favourite to make a winning racecourse appearance under Ryan Maloney.

Breaking smartly from barrier four, the son of Eureka Stud stallion Spirit Of Boom (Sequalo) grabbed the rails and led approaching the home turn. Increasing his advantage from the 300-metre mark, Golden Boom pulled further clear in the closing stages to beat the Chris Munce-trained Houston Rocket (Sebring) by six and a quarter lengths on the bridle.

Stuart Kendrick’s Better Than Ready (More Than Ready) filly Gerrymander finished third, beaten six and a half lengths by the winner.

He is the second and final foal for his dam who died in 2020, making him a half-brother to Eagle Farm maiden winner Gullfoss (More Than Ready).

Spirit Of Boom is enjoying another successful season, with Golden Boom one of his 42 winners in Australia. He stands for a fee of $33,000 (inc GST).