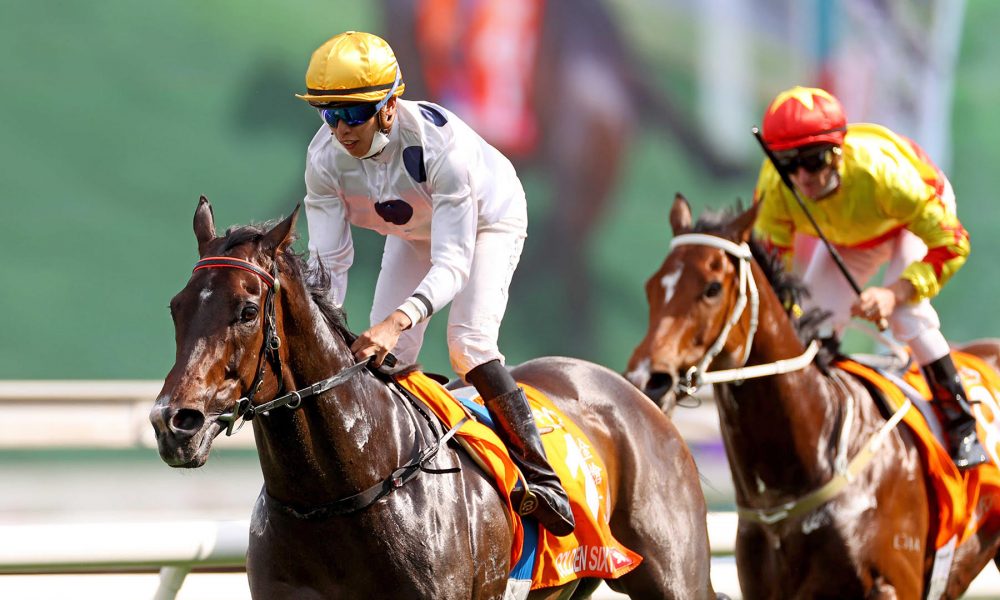 Following yesterday’s effort, a campaign to Japan is an option for Hong Kong’s champion with Lui confirming his entry for the Yasuda Kinen (Gr 1, 1600m) at Tokyo on June 5.

“Yes, he is entered already but of course, we have to see how he recovers and we also need to see the quarantine, whether we can go and how the arrangements work.

“If everything is easy, we will go,” Lui said.

Fairy King Prawn (Danehill) in 2000 and Bullish Luck (Royal Academy) in 2006 are the only two Hong Kong-trained horses to have won the Yasuda Kinen.

Stepping away cleanly from gate two, Golden Sixty settled in fourth spot on the rail as California Spangle (Starspangledbanner) led the field under Zac Purton.

In the straight, Ho pulled the six-year-old out and in the blink of an eye he had the race shot to bits as California Spangle battled bravely for second, beaten by only two lengths, while Excellent Proposal (Exceed And Excel) filled third.

“He did well. He travelled comfortably and actually when Zac steadied the pace a little bit he started to travel a bit keen but he is strong enough and brave enough to push through that gap and run them down easily,” Ho said.

“He still wanted to slow down a bit the last couple of strides but he did amazing,” Ho said.

“He did his job, like last time. Last time he had a good draw and he followed the pace and this time he just did the same.

“He can really follow the pace now, not like before when he needed to sit behind to start and sometimes he got too far behind. He’s really stepping up.

“It’s not easy to have a horse who wins so many races. We are very happy, we all feel glory about this horse,” Lui said.